Get to know PING LACSON

Ang tama, ipaglaban. Ang mali, labanan. (What is right must be kept right. What is wrong must be set right.)

These words have served as the constant guide of PANFILO “PING” MORENA LACSON, who has been circumspect in matters of public interest and committed against various forms of corruption in his 50 years of public service in the fields of law enforcement, lawmaking, and humanitarian work.

Lacson first earned a tough, no-nonsense reputation while serving in the Philippine Constabulary and Philippine National Police: solving high-profile crimes including kidnap-for-ransom cases in the 1980s and 1990s; and reviving the PNP’s glory days as Chief, PNP from 1999 to 2001.

In the Senate, Lacson is an untiring, tenacious watchdog of the national budget, making sure dubious congressional insertions (a.k.a. pork barrel) and useless appropriations are checked and deleted during plenary debates.

His continuous fight against corruption, including pork barrel in all its iterations, earned him the degree of Doctor of Laws, Honoris Causa, from the Pamantasan ng Lungsod ng Maynila in March 2019.

In February 2022, Lacson received from his Alma Mater, the Philippine Military Academy, the Lifetime Achievement Award in recognition of his "more than 50 years of dedicated, exemplary and unblemished service to the country characterized by his faithful adherence to the virtues of Courage, Loyalty and Integrity." 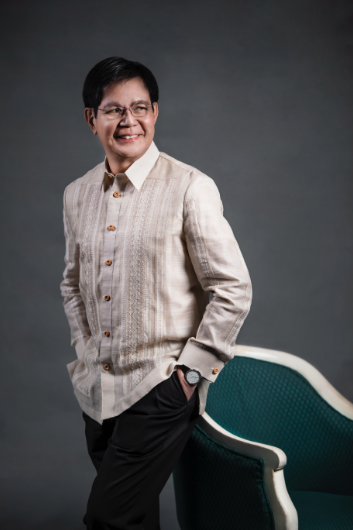 To me, the decision to go for it is as sacred as going to the poll booth to vote. Since the vote is sacred, there is a bigger responsibility on the part of potential leaders to decide – and prepare – to be a leader of this country. Our people’s lives depend on it. Photo-ops and lip service cannot solve our country’s enormous problems.

Lacson was born on June 1, 1948 into a family of humble beginnings in Imus, Cavite, the fourth of eight children. His father Buenaventura worked as a jeepney driver, and his mother Maxima as a market vendor. Ping got his basic education from the Bayang Luma Elementary School and the Imus Institute. In 1996, he earned his postgraduate degree at the Pamantasan ng Lungsod ng Maynila, a Master’s in Government Management.

He dreamed of becoming a lawyer and an agent of the National Bureau of Investigation. But as fate would have it, a friend invited him as his companion in applying at the Philippine Military Academy (PMA). Ping passed the entrance exam while his friend did not.

Ping graduated from the PMA as part of the Matatag Class of 1971, having learned the virtues of courage, integrity and loyalty, and ultimately becoming a first-class leader of men. 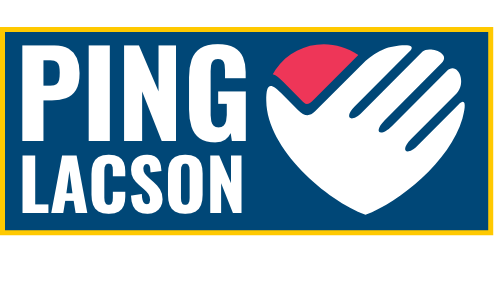 Do you have a message to share with Sen. Ping Lacson?

Please fill out this form to send a note to him.