‘Can You Do the Same?’ Lacson Dares Congressman to Disclose Budget Amendments 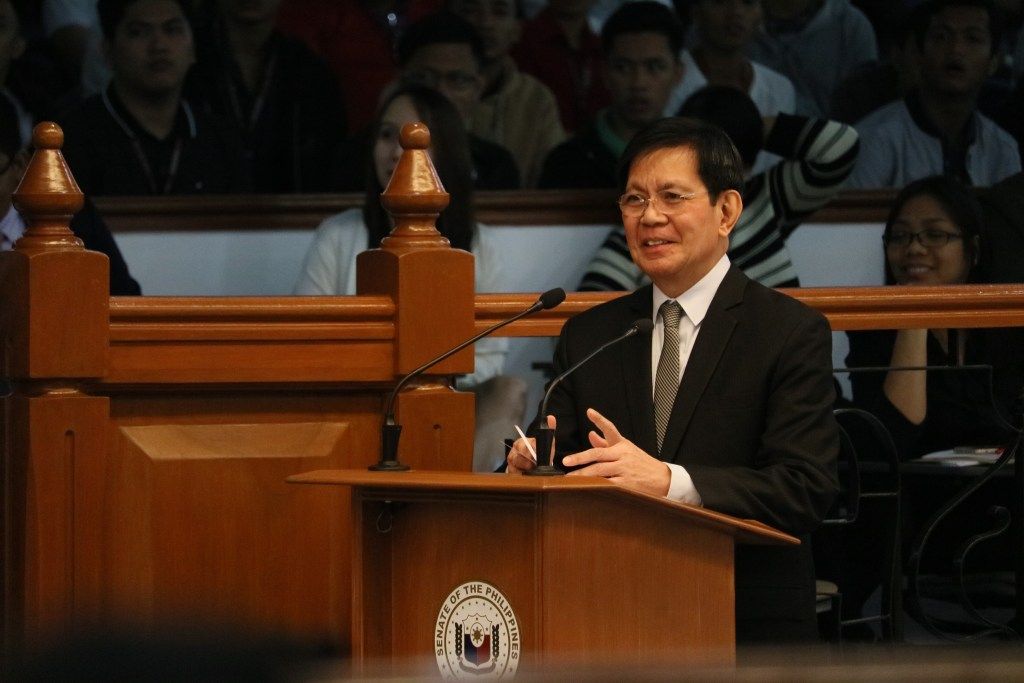 Instead of making miserably inadequate and baseless accusations, congressman Anthony Bravo should make public his amendments to the proposed national budget for 2019.

Sen. Panfilo M. Lacson hurled this challenge after he debunked Bravo’s claims that he inserted so-called secret amendments in the budget.

“Mr. Congressman, I already made public all my amendments in the 2019 national budget. Can you do the same?” Lacson said in a post on his Twitter account on Saturday.

Lacson pointed out he has always submitted his amendments to the budget bill in official written form to the chairperson of the Senate finance committee, because these are backed by proper planning and scrutiny.

“Ever since, I submit to the chair of the Senate Committee on Finance in official written form all my amendments to the annual budget bill for one very simple reason: I have nothing to hide since they are all institutional. In fact, I take pride that my amendments benefit no one else but the agencies concerned,” he said.

Earlier this week, Lacson made public the institutional amendments he proposed to the 2019 budget, adding he hopes “all proponents will do the same to remove all suspicions that the bicameral conference is a venue for sneaky horse trading among legislators.”

Lacson’s institutional amendments, which seek to benefit sectors including education, the environment and national security, are based on need, planning and vetting.

In contrast, he said individual amendments such as flood control projects and various structures were based on lawmakers’ “intervention” and, in most cases, had no consultations with the implementing agencies concerned.

Such individual amendments can be considered pork barrel, based on the 2013 ruling of the Supreme Court that covers whimsical and arbitrary projects, he said.

Worse, the lack of planning may be deadly, as in the case of landslide-prone roads in the BLISTT (Baguio, La Trinidad, Itogon, Sablan, Tuba, and Tublay) area, he added.

On Friday, Lacson branded as “pathetic” Bravo’s attempts to throw shade on his long-standing advocacy against the pork barrel system.

Lacson said that if Bravo intended to be truthful, he should not have skipped his revelation about the PHP23-billion insertions made by some senators on the Department of Public Works and Highways’ budget alone.

Also, he said Bravo’s statements were in complete contrast to the image he projected as “genuine, sincere and credible.”

“First time I met Cong. Anthony Bravo in 2016, he came across as genuine, sincere and credible. I normally am a good judge of character, but looks and first instance demeanor can be deceiving sometimes,” he said.