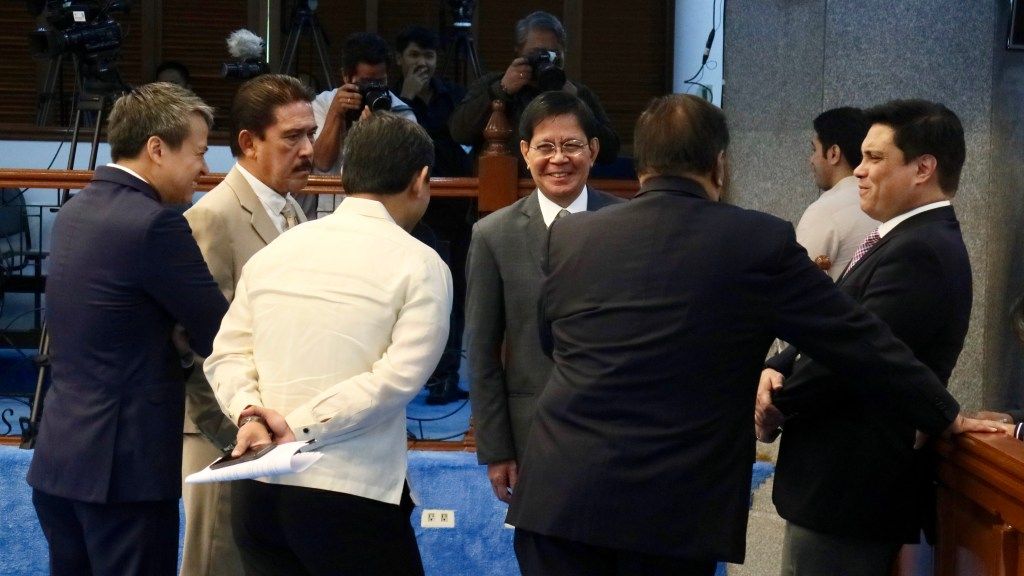 From the PNA: Records from the Senate Journal Service showed Senate President Vicente Sotto III, Majority Leader Juan Miguel Zubiri and Senator Panfilo Lacson were present in all of the 229 plenary sessions.

3 senators get 100% attendance during 17th Congress

MANILA — Senate President Vicente Sotto III, along with two other senators, posted a perfect attendance during the 17th Congress.

Records from the Senate Journal Service showed that aside from Sotto, Majority Leader Juan Miguel Zubiri and Senator Panfilo Lacson were present in all of the 229 plenary sessions.

The Senate records further highlighted that Sotto was the only senator with perfect attendance in the previous 15th and 16th Congresses, attending a combined total of 657 session days to include the recently-concluded 17th Congress.

Below is the ranking of senators in terms of their attendance during the 17th Congress:

Senator Leila de Lima – 59 session days (prior to her detention).