An Anatomy of Malice: The Clarifications Raissa Robles Deliberately Ignored 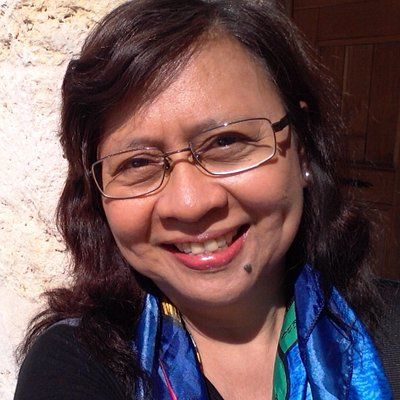 [This is a statement from the Office of Sen. Lacson. As Senator Lacson’s staff, we are calling out Raissa Robles’ malicious claims in her blog – and giving the real score.]

Never let the facts get in the way of a malicious story.

This is the story behind the “exclusive” of self-styled “investigative journalist” Raissa Robles, insinuating Sen. Panfilo M. Lacson stealthily inserted Section 25 into what is now Republic Act 11479, the Anti-Terrorism Act of 2020.

Before posting her “exclusive,” Robles managed to contact Senate President Vicente Sotto III, who informed her that Section 25 was part of a substitute bill that was approved during the period of amendments.

In her text message to the Senate President, she said she was “trying to trace” who inserted some paragraphs in Section 25 of the enrolled bill, as they “were not present in the Second Reading version of the bill which is the Senate defense committee report.”

She added that the paragraphs “only appeared in the Third Reading version that was approved in final reading,” and asked, “Is it correct for me then to assume that Senate (sic) Lacson had inserted them himself?”

“Hindi insertion yung Section 25 because it’s part of the substitute bill,” the Senate President told Robles in his reply to her query.

By her own narration, Robles said the Senate President told her that “The provision you are concerned with was a suggestion of the AMLC (Anti-Money Laundering Council) for the Philippines to be compliant with FATF (Financial Action Task Force) requirements for us to be removed from their gray list.”

Contrary to Robles’ claims that it is dangerous, Section 25 provides for a mechanism that will trigger the freezing of assets of terrorists and terrorist groups by the Anti-Money Laundering Council. It is based on a proposal by AMLC that the existing law against terrorist financing lacks the required designation mechanism.

Obviously, Robles mistook the second reading of a bill for the Senate committee report, then just assumed that Senator Lacson inserted the paragraphs “at the last minute” – which makes it all the more foul and malicious: Senator Lacson already made clear he abhors violations of the legislative process, and has called out members of Congress for such acts – such as when they inserted their pork barrel in the National Budget bill after its approval on third and final reading or ratification of the bicameral conference committee report, and before the bill was enrolled.

It’s one thing to be STUPID – by mistaking the second reading of a bill for the Senate committee report, and making wild assumptions out of it.

It’s much worse to be MALICIOUS – having been given the needed corrections but ignoring them to pursue her agenda.

Now, being BOTH stupid and malicious, that’s something else.

In case she does not realize it yet, Robles has maligned not only Senator Lacson, but also his staff as well as the entire Senate, with her malevolent fairy tale:

* Sen. Lacson’s legislative staff, who burned the proverbial midnight oil to craft the measure and make sure it adheres to the Constitution; and

* the entire Senate, which went through the bill with a fine-toothed comb but who, as insinuated by Robles’ article, were sleeping on the job to let the supposed insertions get past them.

LIE NO. 1: Robles claims that under Sec. 25 of the Anti-Terrorism Law, “The ATC may designate an individual, groups of persons, organization, or association, whether domestic or foreign, upon a finding of probable cause that the individual, groups of persons, organization, or association commit, or attempt to commit, or conspire in the commission of the acts defined and penalized under Sections 4, 5, 6, 7. 8, 9, 10, 11 and 12 of this Act.”

THE TRUTH: Senator Lacson already explained the meaning of DESIGNATION in what is now the Anti-Terrorism Law. Designation is an administrative process that does not involve arrest. It is a mere signal to the Anti-Money Laundering Council to issue a freeze order of the accounts and assets of the designated terrorist person or group. What Robles erroneously (and consistently) refers to is PROSCRIPTION, a judicial process that only the Court of Appeals under the Anti-Terrorism Act of 2020 has the power to decide. Also, Section 45 of RA 11479 specifies that the ATC does not have any judicial or quasi-judicial power or authority.

THE TRUTH: The definition of “designated person” in Section 3(b) includes any individual, group or organization identified by the UN Security Council or another jurisdiction or supranational jurisdiction as a terrorist, one who finances terrorism, or any person or group designated under Section 25. It does not change the fact that designation is an administrative process that does not involve arrest. It is a mere signal to the Anti-Money Laundering Council to issue a freeze order of the accounts and assets of the designated terrorist person or group.

THE TRUTH: Senator Lacson’s point in mentioning Senators Drilon and Pangilinan is that they would have questioned it, particularly Sen. Pangilinan, who has been quite vocal against the measure.

LIE NO. 4: Prominent legal experts are questioning Section 25, therefore the law is unconstitutional.

LIE NO. 5: Robles asks anew why this “designation mechanism” was inserted “at the last minute” and “in a manner that did not attract the notice of the public.”

THE TRUTH: Robles herself admits there was nothing wrong with adding Section 25 under Senate rules. More importantly, Robles admits it was just her own “conclusion” that “it was done in a stealthy and hasty manner.”

LIE NO. 6: Sen. Lacson is laying the predicate for charging Robles with cyberlibel.

THE TRUTH: This is contrary to what Sen. Lacson told DWIZ on July 4: that he is not inclined to file libel charges against Robles, but merely for Robles to understand that what she wrote was wrong – and to rectify it; otherwise, that is on her conscience.