Beware of Fake News! Lacson Assures No Cut in Pension 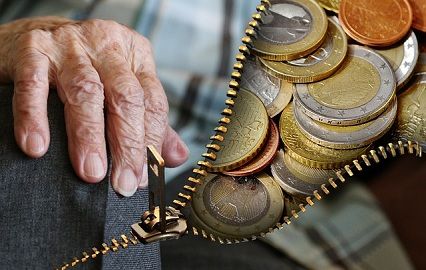 Retired military and uniformed personnel need not worry about alleged cuts in their pension this year, as there is no truth to claims that the Senate has slashed the budget for it.

Sen. Panfilo M. Lacson gave this assurance on Wednesday, noting he even sought an increase in the Pension and Gratuity Fund in the P3.757-trillion proposed budget for 2019.

“Our retired military and uniformed personnel will get the much-deserved increase in their pension retroactively, once President Rodrigo Duterte signs the budget bill into law,” Lacson said.

He noted several pensioners and retired military and uniformed personnel had asked him about the supposed budget cut for their pension.

Also, Lacson advised pensioners to be wary of fake news, especially those desperate to keep their “pork” in the budget.

“It’s bad enough that some parties continue to peddle lies to confuse the public, all to keep their pork. It’s worse if they claim they are doing this in the name of transparency. Fake news na, fake transparency pa,” he said.

Lacson had sought to increase the Pension and Gratuity Fund in the 2019 budget by P876.42 million to fund the additional P15,000 increase in old-age pension of 4,869 senior veterans.

Also, he and Sen. Gregorio Honasan II co-authored the Senate Joint Resolution authorizing the increase in the base pay of military and uniformed personnel in the government, and for other purposes.

On the other hand, Lacson noted none of the amendments he proposed to the budget bill involved budget cuts for the pension of military and uniformed personnel.

Lacson sought as well an increase of P666.219 million for the Veterans Memorial Medical Center’s 2019 budget, so it can acquire medicines for its patients.

He said the VMMC sought his help as he was defending the budget of the Department of National Defense, which supervises the VMMC.

“The VMMC said the price index for medicines went up, and this will affect its service to its patients. During the budget hearing of the Department of Health, I asked DOH Sec. Francisco Duque III if there was indeed such a price increase for medicine, and he confirmed it. That prompted me to seek an institutional amendment for the VMMC’s budget for medicines,” he said.

On the other hand, Lacson sought a cut in the appropriations for Road Right of Way in the Department of Public Works and Highways’ budget, since the DPWH itself pointed out it did not need the amount.

It was during the interpellations that the DPWH disclosed, through Senate finance panel chairperson Loren Legarda, that there are still funds for RROW from its FY 2018 appropriations that have yet to be utilized, and the DPWH said it does not need P20 billion for 2019.