At the hearings for the budgets of the Philippine Drug Enforcement Agency and the Dangerous Drugs Board for 2020, Sen. Lacson stressed the need for preemptive action against the recycling of seized illegal drugs, after learning the extent of the problem. “We have to find a resolution to this festering issue. Social menace ito, di lang law enforcement problem. If we have P22 billion worth of drugs seized, P20 billion of which is shabu and as far back as 9 years ago we really have a serious problem.”

In an interview with media after the hearing, Sen. Lacson also cited other preventive measures such as joint operations, and closer coordination with the judiciary in destroying illegal drugs seized as evidence.

The Dangerous Drugs Board said it got funds for a survey of drug use in the Philippines only this August. DDB Chairman Catalino Cuy said they are in the preparation phase of the survey. He said they can finish it by yearend, but the evaluation and analysis of the data is expected in the first quarter of 2020.

For 2020, the DDB’s priorities include capacity-building programs for different sectors in support of the anti-drug program, and strengthening of media and public relations as well as enhancement of information systems. 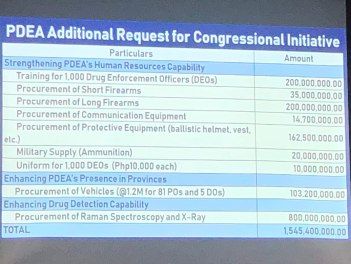 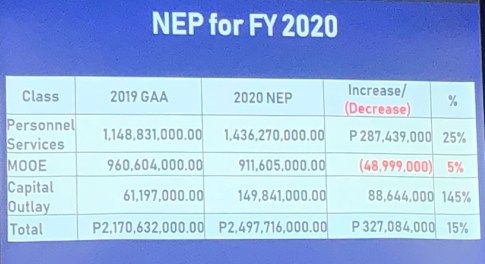 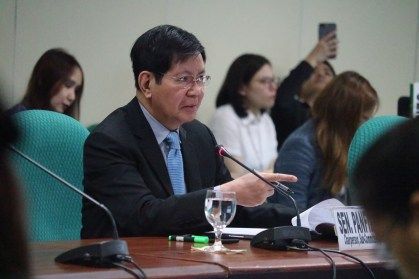 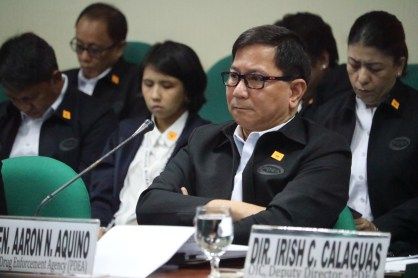 Sen. Lacson stressed the need to address the “festering issue” of the “recycling” of seized drugs, after PDEA Director General Aaron Aquino bared the practice is still ongoing, with P22 billion of drugs still in inventory. “We have to find a resolution to this festering issue. Social menace ito, di lang law enforcement problem. If we have P22B worth of drugs seized, P20B of which is shabu and as far back as 9 years ago we really have a serious problem.”

Lacson also pushed for the mandatory use of body cameras by operatives in anti-drug operations as a preemptive method. “A good preemptive method is body cams. Kung lahat na operatives may body cam madali makit sino nag(pilfer/recycle). If they are not using it or turning them off there should be sanctions. When you join an operation and hindi nagfa-function ang body cam dapat may automatic sanctions. Medyo puro alibi ang technical problem. These are newly procured body cams. If they don’t function during raids especially raids vs illegal drugs we have a problem we should not tolerate.”

“Sanctions should be imposed vs law enforcement officers na ayaw mag function ang body cams. At least operationss vs illegal drugs require those to wear body cam. That’s a good preemptive step unless dinala sa office binawasan ang inventory on the spot with the purpose of pilfering inside the office ibang usapan yan.”

“I think we should be 2-3 steps ahead of those who are ‘enterprising.’ Let’s face it in fairness to DG Aquino, kami sa PNP may scalawags na incorrigible. The point is, we should do something to prevent and more importantly preempt. Deny opportunity. Yan ang first step. If you don’t, mas madali sila mag-commit.” 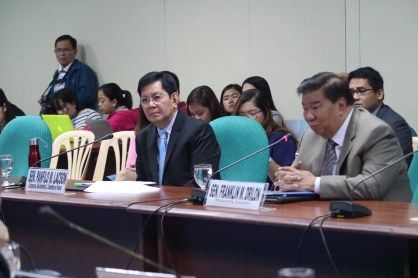 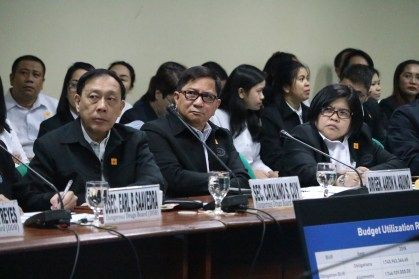 Sen. Lacson also intends to ask officials of the judiciary next week on how they can help address the problem, after PDEA’s Aquino said the inventory of seized drugs dates back to 2010, with some courts denying their requests to destroy the evidence.

Also at the hearing, PDEA’s Aquino answered in the affirmative when Sen. Lacson asked if the PDEA still receives information of high-profile drug convicts still into the distribution of drugs.

On actions vs recycling of seized drugs:

“We decided to call for another hearing on Monday. And we will plead with the SC to put its foot down on judges who refuse to abide by the law ang implementation that within 72 hours kailangan masira na ang drugs na na-confiscate. There’s still P22B worth of drugs still in the inventory of PDEA. They have already destroyed P55B pero meron pa ring P22B na iba roon, as far back as 2010 nila na-confiscate, and the law provides that within 72 hours kailangan masira.”

“So we will plead with the SC to find a way to help PDEA, maybe through the intercession of the Senate, to fast-track or expedite the destruction of drugs. Because dito ang problema natin sa recycling. Pag na-recycle ang drugs, hindi lang corruption issue ito kundi may social menace issue ito. If drugs already confiscated will find its way in the open market because nare-recycle, sayang ang efforts ng law enforcement.”

“Kasi batas ito. And they have already approached the SC to help them in the implementation of that particular provision. But the problem is, kung hindi nagre-react ang judges and no corresponding administrative sanctions are imposed, the law itself has become inutile, hindi implemente.d”

“Dapat may court order. But it’s in the law, na kailangan within 72 hours, may timeline yan, 24 hours tapos may inspection, tapos may court order, marami pa. So kung hindi practical ang 72 hours, maybe we can find a way by way of legislation or by a SC circular to somehow extend, if it’s not in direct violation of RA 9165. But there must be a way para maiwasan ang recycling.”

“We cannot determine saan ang lapses or saan nanggagaling ang inefficiency. Because meron ding requirement ang court bago sila makapag-issue ng order to destroy. So baka may pagkukulang din ang law enforcement. But the fact remains that there’s a problem. So we must find a resolution to that particular problem.”

“We’ll discuss it on Monday with the help of the SC kung paano natin maayos o kung kaya adjust ang 72 hours. If not, then we will have to amend that particular provision.”

On PDEA claim that the problem also lies with drugs being pilfered at the time of confiscation:

“Meron din napi-pilfer from the inventory sa stocks nila. Pero mas rampant ang during the time of confiscation, doon mismo sine-segregate ang nire-recycle nila. That’s why I suggested a solution, a preemptive method by which operatives should be armed with body cams. And non-functioning body cams in actual raids or operations should be considered a violation of regulations and therefore the operatives concerned should be sanctioned. Kasi kung mag-procure ng body cams, kitang kita sino ang nagse-segregate for recycling.”

On the impact of such pilferage on the credibility of the government’s war vs drugs:

“Kaya hindi nagsa-succeed ang war against drugs. In spite of so many accomplishments, battles may be won, but are we winning the war? Apparently we are not winning the war because even the President in his latest SONA, sabi niya the problem of illegal drugs still persists. That’s a tacit admission we are not winning the war. Sa dami ng accomplishments bakit tuloy-tuloy pa rin ang problema ng droga and kailangan may mga remedial or appropriate measures to find out or to check the reason bakit hindi tayo nananalo.”

On suggestion to include media in anti-drug operations:

Other possible remedies vs recycling of drugs:

“Possible remedy, dapat laging joint operations as already suggested. Kung joint operations mas maganda kung may kasamang AFP components. Mahirap mag-conspire ang magkakaibang units especially kung biglaan ang tawag. Halimbawa biglang tawagin ang Army elements mag-joint kayo may operation kami right now and we’ll wait for you in 30 minutes. Not even informing them about the nature of the operation. There are a thousand ways to skin a cat, so to speak. It’s a matter of being creative and being a few steps ahead para ma-prevent lahat na mali.”

On drug convicts still directing drug operations from the inside:

“It’s a revelation. I thought it was only happening during the time of Sec de Lima. Noon di ba ang drug convicts they are the ones directing operations. Ito confirmed ng law enforcement officials I had the chance of talking to, sina Gen Magalong at the time. I am not surprised at all that even up to now, it’s still happening, may drug operations being directed from inside.

“Maski BJMP meron din. And we want to find out from him. Maybe in an executive session we can find out the specifics, the particulars.”

“Something is very wrong especially sa penology system natin, when drug lords are the ones lording it over instead of the other way around. Parang nagpapaandar na ng kulungan natin ang mga preso at BuCor officials, penitentiary officials are at the mercy of the convicts. Government should retake full control of the penitentiary.”

On establishing presence of PDEA inside the penitentiary:

“We’re supporting that in terms of budgeting, we are in full support of that effort to establish presence inside the penitentiary.”

“Ongoing. We funded them last year. The DDB sabi nila August lang sila na-release-an. By yearend they shall have gathered the data already and they will analyze and come up with the finished product by first quarter of 2020. So doon natin makikita extent ng drug problem in the country kasi survey yan.”