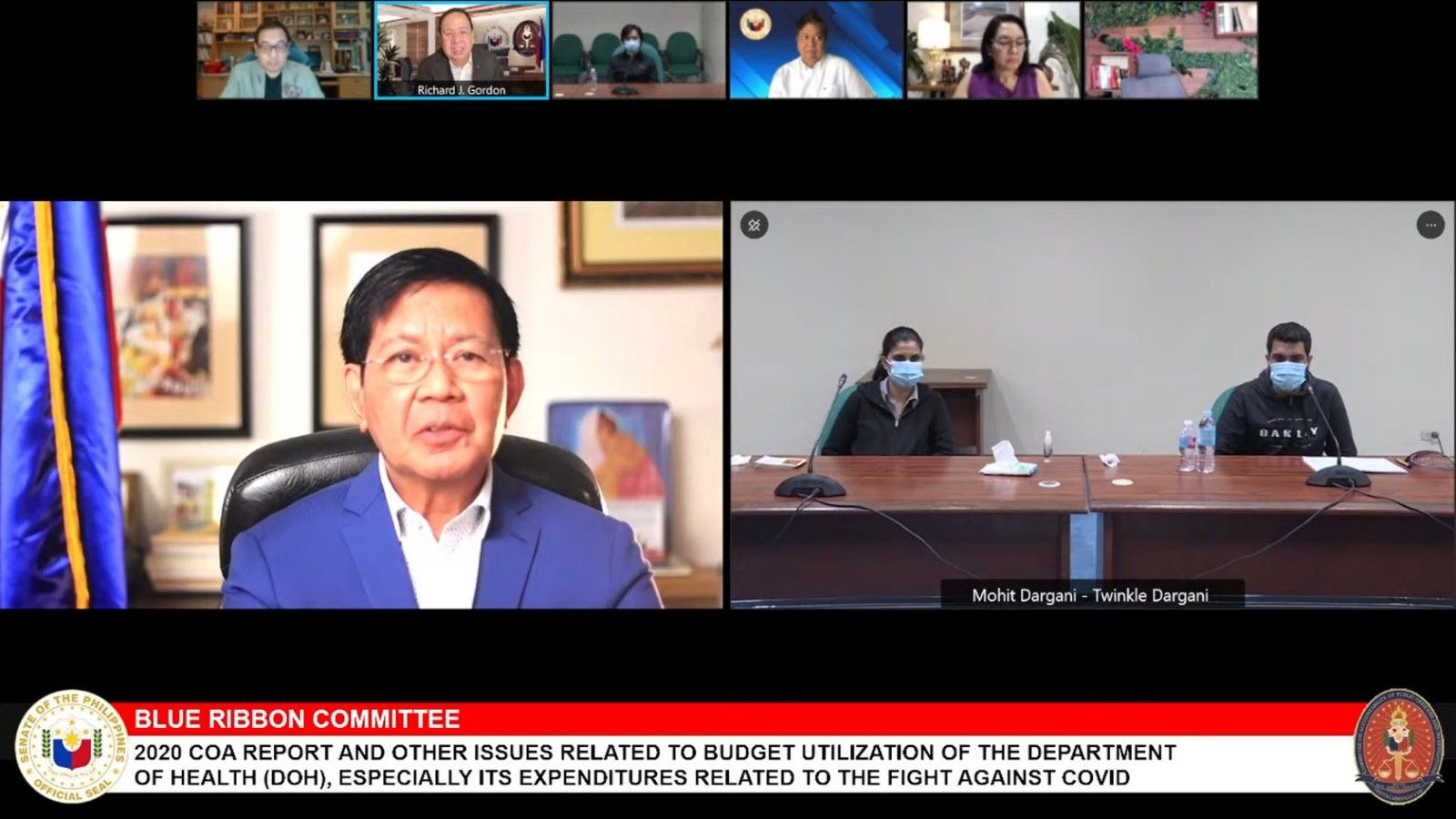 November 26, 2021 - Is there a conflict of interest involving one of the lawyers of the Dargani siblings, who are linked to the mess involving the procurement of medical supplies to deal with the Covid pandemic?

Sen. Panfilo "Ping" M. Lacson raised this issue Friday as he bared that Daryl Valles, one of the Dargani siblings' lawyers, is working for a member of the House of Representatives.

"I am particularly interested in the lawyering business of Atty. Valles. Because when the new spokesperson of the President was interviewed, he averred that Atty. Valles used to work in the office of the Special Assistant to the President until March 1, 2021. And since then, he’s now connected with the office of a member of the House of Representatives," Lacson said at the Senate Blue Ribbon Committee hearing on the procurement row.

Mohit Dargani, an official of Pharmally Pharmaceuticals Corp. who was arrested along with his sister Twinkle earlier this month, replied that he believed Valles "was connected with the House of Representatives but he left that job."

But when Lacson asked Dargani if he knew that for a fact, Dargani replied, "I take his (Valles') word for it," adding that Valles had resigned from the House as of August 2021, when they spoke.

Lacson said that if Valles is still connected with the House at this time, he is violating Republic Act 6713, the ethical standards for government employees.

Under Section 7, Paragraph (b)(2) of the law, it is unlawful to "engage in the private practice of their profession unless authorized by the Constitution or law, provided, that such practice will not conflict or tend to conflict with their official functions."