Divided We Sink [published in The Manila Times] 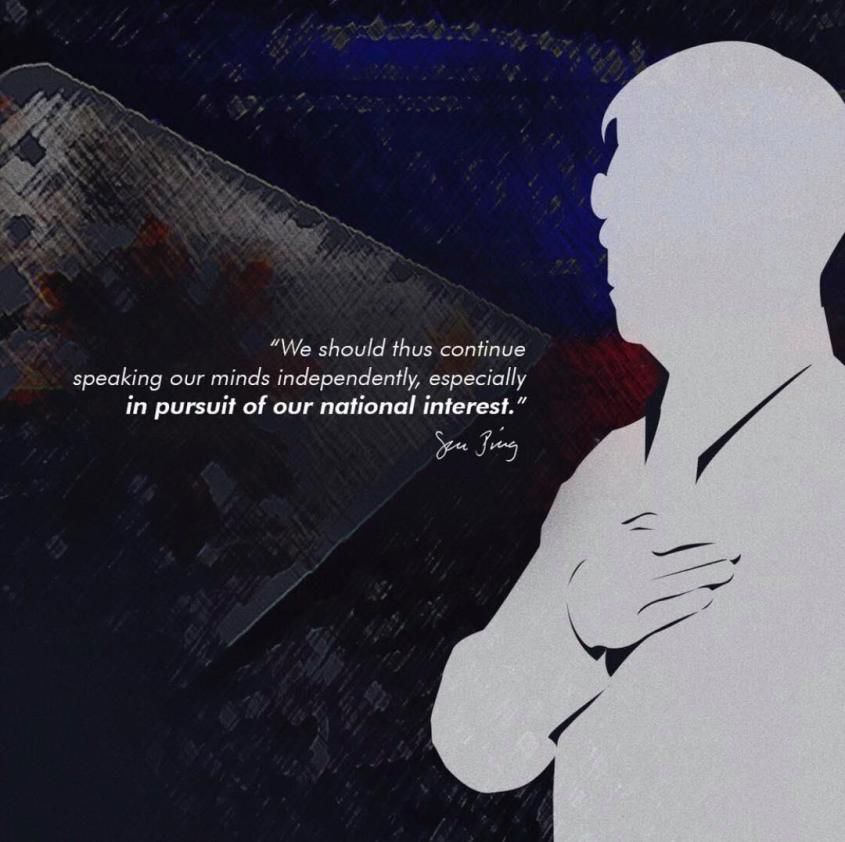 May 8, 2021 - Sen. Lacson’s commentary published in The Manila Times: “I am sure many Filipinos — not only those who are neither DDS nor Yellows, but even some from either political camp, whether they admit it or not — share some, if not all, of these views. We should thus continue speaking our minds independently, especially in pursuit of our national interest.”

Amid this pandemic, our situation has gone really bad it might take three administrations after President Duterte‘s term ends next year to turn the country around. That is, assuming we are led by a Lee Kuan Yew, an Angela Merkel and a Jacinta Ardern in the next 18 years.

Being a deeply divided nation doesn’t help. It has been said that we Filipinos are not only our own harshest critics, we are also our own worst enemies.

Sadly, we find this to be true so many times in our recent history — even at times when we see ourselves facing a common threat.

Although we appear “united” in showing our national pride when we cheer for our fellow Filipinos’ victories in international competitions, why can’t we seem to find that unity at times when we really need it — such as asserting our right to our territory in the West Philippine Sea (WPS) amid China’s repeated incursions?

The truth hurts, but here it is: we are so divided, largely due to the so-called DDS (Diehard Duterte Supporters) and Yellows (post-EDSA revolution groups) bickering about any issue, as in anything. Worse, they wrongly assume that everybody else is their proxy. Right or wrong, they assert that either you’re with them or against them.

I am among those who experience the effects of this deep political division: when I call out shortcomings of the administration, even when I propose sensible solutions, I am branded a “Dilawan” by the DDS and promptly bashed online. Similarly, when I express approval or support for what the administration does right — or when my views simply do not jibe with those who are against this administration, I get a similar treatment from the “Yellow” group and their allies, who call me Duterte’s “enabler,” among other baseless names.

When I explain that I take the side not of personalities but of what is right, I still get thrashed online, this time with both camps branding me a “balimbing” — or even spreading fake news against me.

One can only imagine how other ordinary Filipino netizens who do not identify with either the DDS or the Yellows are similarly bullied.

Interestingly, there are signs showing both camps are dominating the conversation on various national issues with the use of troll farms. Having been on the receiving end of online bashing for so long, I have observed so many accounts lazily using the same arguments, sometimes word for word; or using the same set of memes (aka copy-paste). It doesn’t matter how flawed and irrational their logic is, or if there is any logic in what they say at all. What matters is they flood your inbox or social media feed with their insults and hateful messages. Joseph Goebbels would have been proud — or may even be turning in his grave. To those who may not be aware, one available defense weapon, at least on Twitter, is the block feature of this particular social media site. In my case, I have so far blocked almost 2,000 Twitter accounts, mostly trolls.

All that being said, is it now a case of having to choose between the two sides? Hell no! There are many among the mostly silent majority of Filipinos who would still choose to speak their own minds.

There are tens of millions of Filipinos who are independent-minded, who are neither Yellows nor DDS. You can find them in the academe, the professional sector, in the business community, even in civil society organizations.

All these Filipinos have formed their own opinion on various important issues, including the WPS, based on their own experiences and backgrounds. Maybe their voices, like mine and of many others, are being “drowned” by the DDS and Yellows and their respective troll farms — but still, there they are. And more importantly, they may have something to contribute to our national interest.

This is why I continue to call on the larger segment of our population not to be intimidated anymore by the noises deliberately being created by these two camps.

In the case of the WPS, we must speak our minds of what we and our future generations will lose if we allow the situation there to continue. Since the 1990s, China has already made three incursions into our exclusive economic zone (EEZ): Mischief Reef, Scarborough Shoal and now, Julian Felipe Reef. The latest reports coming from the National Task Force for the West Philippine Sea claim that seven Chinese militia vessels were spotted just more than a week ago at the vicinity of the Sabina Shoal located at some 130 nautical miles west of Puerto Princesa, Palawan. They dispersed after a series of challenges from the Philippine Coast Guard (PCG). The Armed Forces of the Philippines Western Command and the PCG must continue to watch over the shoal.

What is sad — and alarming — is that instead of having one voice to assert our territorial rights in the WPS, we bicker among ourselves. In the midst of all this finger-pointing, China is just watching us bicker, and may even be applauding, having ignored the numerous diplomatic protests filed by the Department of Foreign Affairs as if nothing were filed at all, treating the protests as not even at the level of a “point of information.”

At the risk of sounding like a broken record, we need to strengthen our alliances with the more militarily powerful countries like the United States, Australia, and even Japan and some European Union countries to maintain the balance of power in the West Philippine Sea. Given the current situation, it is unthinkable for the Philippines to match China’s military presence within our EEZ.

These countries have openly expressed their willingness to assist, but we cannot expect them to be more aggressive than us in this regard. It is our territorial integrity and sovereignty being assaulted, so we, not them who must take the initiative.

I am sure many Filipinos — not only those who are neither DDS nor Yellows, but even some from either political camp, whether they admit it or not — share some, if not all, of these views.

We should thus continue speaking our minds independently, especially in pursuit of our national interest.