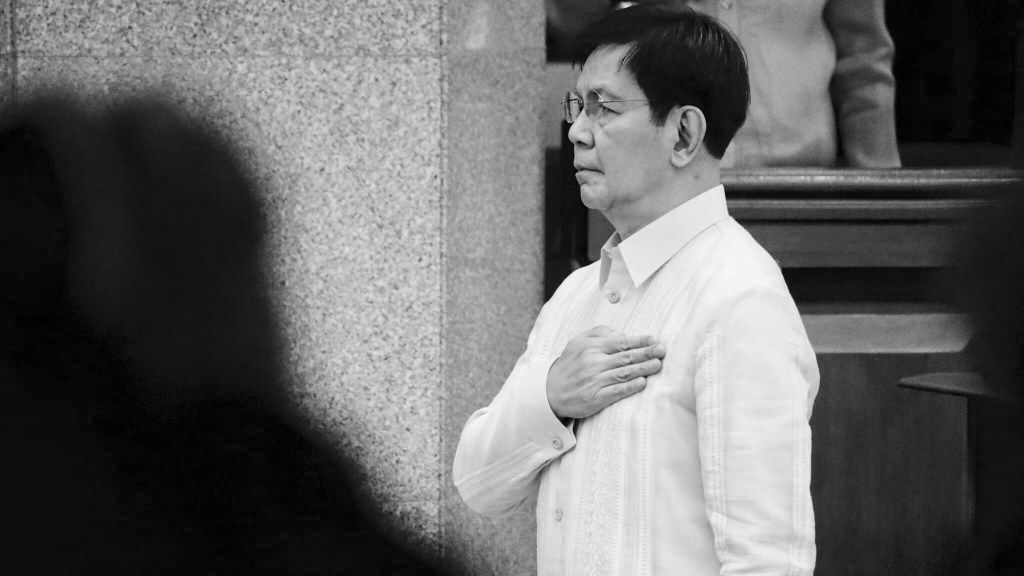 “It is no secret I consistently fought to delete duplicative programs in every appropriations measure. One of these is Tulong Dunong. I am grateful in 2019, my call was finally heeded to transfer whatever amount there is under the Tulong Dunong program to the Universal Access to Quality Tertiary Education.”

“Of the P8.5-billion increase in the CHED’s P43.8-billion budget for the Universal Access to Quality Education, only P3.285B was allotted for TES. If the remaining P5.23B is a lump sum, “I will suspect sa Tulong Dunong na naman ito napunta.”

Sen. Lacson proposed an amendment where the amount be returned under TES. “I assume it will be acceptable to CHED for proper monitoring.”

2. Realigned P8.3 billion in the 2017 budget fund the Free Tuition of students from State Universities and Colleges (SUCs):

For the 2017 budget, Senator Lacson realigned the P8.3B originally intended for projects in ARMM to be implemented by the ARMM Government (ARGMM) but was taken out by our Congressmen and transferred to DPWH. The effect is that the P8.3B will still fund projects to be implemented in ARMM, but instead of the ARGMM as the implementing authority, it will now be the DPWH.

“In 2018 they received the budget from the Commission on Higher Education in September. So there was little time to obligate. That is the reason why they have a very low obligation rate in 2018, only 58 percent.”

“I suppose the low obligation rate is the justification for not giving them enough money because they could not absorb the money. But it’s not their own doing. Had they received their portion of the budget earlier, they could have obligated much larger portion of their budget.”

4. For 3.3M children with disabilities:

In 2019, Senator Lacson championed the P100 million budget for assistive devices and universal design materials for education of children with disabilities; P5 million for development of materials on sexuality education to combat teen and early pregnancy; and, P2 million for advocacy and campaign on Water and Sanitation and Health (WASH).

5. Supporting the increase of the budget of the Department of Education in the FY 2021 Budget for the following programs:

* Flexible Learning Options by the amount of P3,600,000,000. To support and give priority to the provision of self-learning modules to financially-challenged learners who have no access to internet and technology.

* Last Mile Schools Program by the amount of P5,000,000,000. The program seeks to reach out to far-flung communities and ultimately, to close the gap between students from Geographically Isolated, Disadvantaged, and Conflict-Affected (GIDCA) areas and their counterparts in urban centers.

* In 2020 and 2021 budget amendments: Sen. Lacson has always pushed for additional budget to fund the Last Miles Schools Program. The program intends to improve the learning condition of the students from Geographically Isolated, Disadvantaged and Conflict-Affected (GIDCA) areas and their counterparts in urban centers. With insufficient funding, the goal of the Program will not be achieved and will prolong the hardship of our geographically challenged communities.

* In 2018 and 2020 budget amendments: Senator Lacson advocates funding for milk and food supplements for severely wasted and wasted learners under the School–based Feeding Program of the Department of Health.