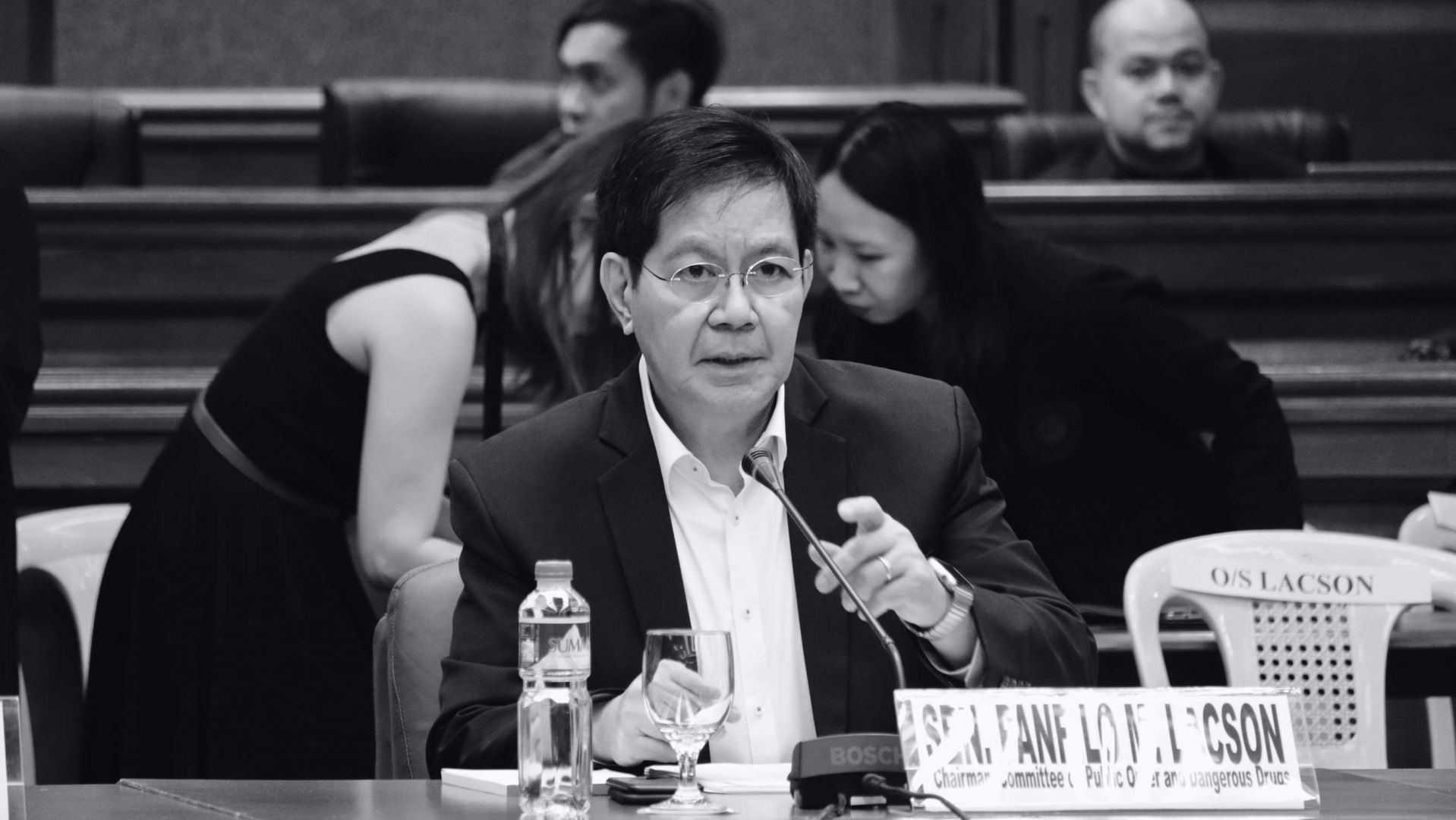 October 4, 2021 - From Siegfred Mison in BusinessMirror: Senator Ping Lacson, with his stomach in-chest out” posture, lasted 50 years as a no-nonsense public servant with no whiff of corruption. Should he stay true to this bearing for the next six or so years, never wavering and by no means compromising, President Ping may well add another golden period to his already illustrious career.

His declaration had a similar impact as that of North Korea’s launch of its new anti-aircraft missile. Sen. Panfilo “Ping” Morena Lacson, ahead of all others, publicly announced that he is running for President. Unswerving, and unperturbed, he will again launch a nationwide campaign, the same way he did in 2004 but hoping for a different result.

Having lost against former President Gloria Macapagal Arroyo, he now guns for a second attempt at a presidential seat, as if his 50-year epoch of public service would not suffice—three terms as a Senator (2001-2013, and 2016-2022) and 32 years with the Philippine National Police. His 50 years of illustrious experience could very well come within the ambit of the powerful and inspiring narrative in Victor Hugo’s book Les Miserables. Ping Lacson’s adventure in public service can only compete with his 48 years of solid marriage to which the good senator is still so much a part of. Both in his service to the country and in his marital life, the Filipino word “matatag” sums them all up. Particularly fascinating is the fact that Senator Ping is a graduate of the Philippine Military Academy (Matatag) Class of 1971.

Ping Lacson’s distinguished career, in the realm of lawmaking and law enforcement, is nothing less than stellar! As a legislator, he authored, sponsored or co-authored a plethora of key measures, including the Anti-Money Laundering Act, Comprehensive Dangerous Drugs Act of 2002, Anti-Red Tape Act of 2007, and the Anti-Hazing Law of 2018. Perhaps the most controversial in the list of legislative produce attributable to the Honorable Senator is the Anti-Terrorism Act of 2020, which confers to the government more powers to run after individuals and groups falling under what critics decry as a treacherous and blurred definition of terrorism. Against a backdrop of purported violations of human rights, I think this Ping-sponsored bill, subject of numerous petitions in the Supreme Court challenging its constitutionality, can make or break his presidential bid.

His legislative accomplishments include privilege speeches that generated one bombshell after another as the aroma of graft and corruption has been lingering in government. For instance, Senator Ping exposed the “tara system” or bribery at the Bureau of Customs and the anomalies in the Priority Development Assistance Fund (PDAF a.k.a. pork barrel). Speaking of this “senatorial allocation”, Ping never used his P200 million PDFs and he never accepted any cent from PDAF’s most famous linchpin—Janet Lim Napoles. Even when some of his companions at the Senate did so, Senator Ping stayed away from such temptation. His non-use of this PDAF allotment speaks much of Senator Ping’s character.

Equally prolific in the arena of law-enforcement, Senator Ping achieved much in the resolution of high-profile crimes including kidnap-for-ransom cases. During his tenure as PNP chief, Lacson allocated 85 percent of police resources to frontline units and imposed a 34-inch waistline limit for police officers. Senator Ping’s trim physique and youthful looks are indicators of his self-discipline, as I hold such a high regard for people who can take care of their body, if not their appetite and passion.

Controversies do hang above Senator Ping’s head like a sword of Damocles, the most haunting of which are the kuratong baleleng and Dacer-Corbito charges. He went into hiding out of self-preservation under an atmosphere of political persecution at that time. Incidentally, Senator Ping was eventually cleared of any wrongdoing.

Visually, I will always remember Senator Ping’s “stomach in-chest out” bearing, as if he recently graduated from the PMA! He never lost his good military posture (brace up, chin in, shoulder back), which actually bespeaks his public and private persona! He talks straight as an arrow, never mincing words in the process.

This “stomach in-chest out” bearing, physically and figuratively speaking, will be the Senator’s strongest point in this presidential race. Such bearing, unyielding and steadfast, reminds me of the Biblical Daniel who likewise evoked the same “good posture”: straight, no-nonsense, disciplined, and solid. Daniel refused to eat the royal food and drink the king’s wine lest he defile himself; declined to bow to the gold statue; and refused to cease his praying at a time when bowing to anyone other than the king was banned, an act for which Daniel was thrown into the den of lions. Daniel was uncompromising to the king’s decree just as Ping was uncompromising to temptation of corruption! Lacson remained true to his PMA motto of integrity, as he consistently said no to bribery, corruption, plunder or any matter that would “defile” him. He maintained a sense of discipline, both physically and professionally. Lacson never compromised his principles just as Daniel never compromised his faith. Standing true to this stomach in-chest out posture, both Daniel and Senator Ping, in the metaphorical sense, taught us to never compromise or make concessions, if it will entail losing yourself in the process. As the “standard” back then was to use the PDAF, legally or illegally as in the case of the Napoles scheme, Lacson refused to compromise. As the practice back then was to bow to an idol and stop praying, the Biblical Daniel refused to compromise. These two men proudly stood straight on their principles and faith, stomach in-chest out, so to speak.

The Bible teaches us that God does not condone compromising His commands: “Be careful to do what the LORD your God has commanded you; do not turn aside to the right or to the left” (Deuteronomy 5:32); Joyful are those who “do not compromise with evil, and they walk only in his paths” (Psalm 119:3). Concerning matters that God has clearly addressed, we should never negotiate, bargain, or compromise. We must stand straight and abide in His instructions.

Senator Ping Lacson, with his stomach in-chest out” posture, lasted 50 years as a no-nonsense public servant with no whiff of corruption. Should he stay true to this bearing for the next six or so years, never wavering and by no means compromising, President Ping may well add another golden period to his already illustrious career.