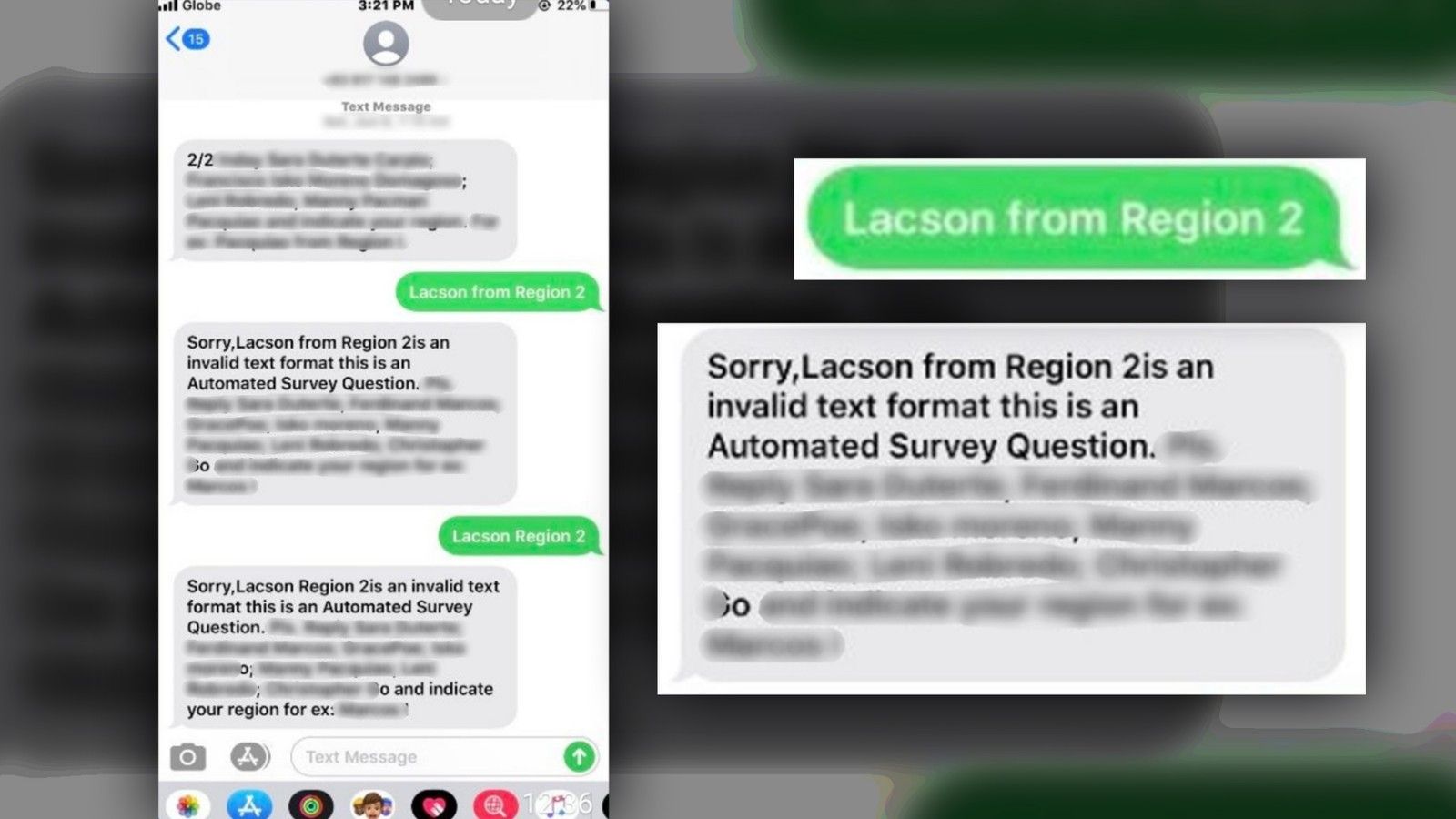 September 28, 2021 - From Partido Reporma Spokesperson Ashley Acedillo: There is something really fishy when your campaign team and even supporters receive an SMS (or mobile text) purportedly doing a survey of presidential candidates for May 2022, and then the same SMS survey informs you that your chosen candidate is wrong or is considered an erroneous response.

Despite being the first to formally announce his candidacy for President, Sen. Panfilo M. Lacson was omitted from a supposed "automated survey" among presidentiables? Partido Reporma spokesperson Ashley Acedillo said the "survey" appears to be part of a mind-conditioning ploy to make people think Lacson is not in the running. "The survey would ask respondents to choose from a field of seven names, but excluding Ping Lacson.”

“If the respondent chose Lacson, he or she would get an error message claiming that the reply is invalid," Acedillo said. "While we may not know who 'commissioned' this supposed survey until the organizers come out with the result, the effect is on the respondents, who will be conditioned to think that Sen. Lacson is not running," he added.

“While I myself am familiar with most survey methodologies, both face to face and online/automated - which means that those who commission it actually have a choice of what questions to field and which choices/answers to provide - our campaign team cannot rule out malice in this particular case since the omission is both very glaring and very suspicious.”

Last Sept. 8, Lacson and running mate Senate President Vicente "Tito" C. Sotto III declared their intention to run for President and Vice President respectively in May 2022, and for the record, being the first to do so.

Earlier, Acedillo scored the fake news circulating on social media that Lacson had withdrawn or is withdrawing from the presidential race, saying this was a sign of desperation from rivals.

“If this latest caper is designed to derail us by dissuading people from supporting Ping Lacson for the presidency, then it is the people who commissioned the survey who are fooling themselves with the erroneous data and results they will obtain. So go ahead, knock yourselves out," he said.