Haiyan: An Unforgettable Chapter in My Public Service Career 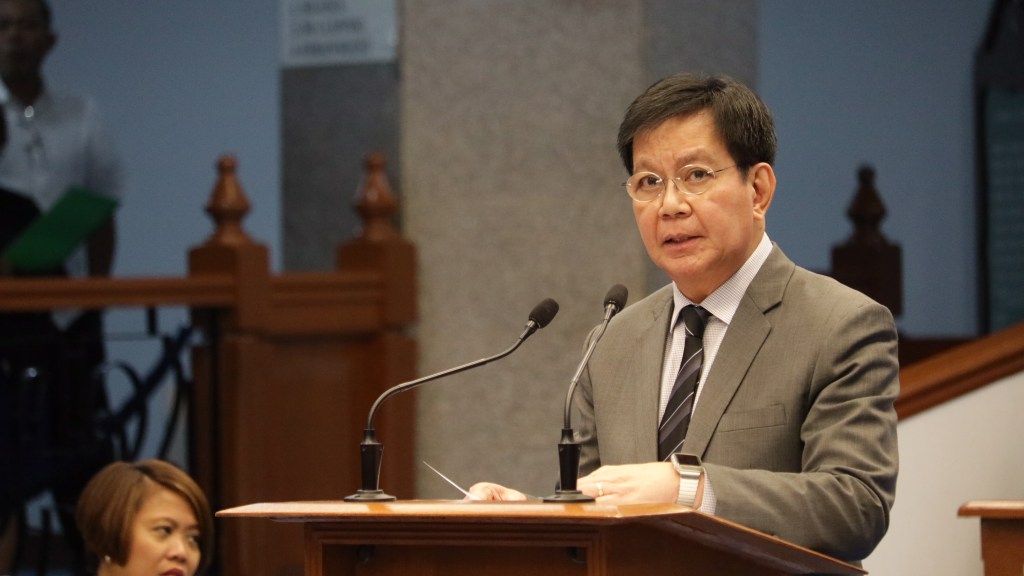 Sen. Lacson’s essay on Yolanda/Haiyan, five years after, as published in The Manila Times: “In sum, Haiyan is one chapter in my public service career I will never forget — extremely difficult, many times frustrating, yet satisfying only because I worked with very competent staff and consultants who didn’t mind the limitations imposed by our own government in all aspects.”

On Nov. 8, 2013, Super Typhoon Yolanda (international name Haiyan), one of the strongest tropical cyclones ever recorded and the strongest typhoon to make landfall in recorded human history, cut a swath of devastation across the central part of the Philippines, killing at least 6,300 people and severely affecting more than 1.4 million families.

According to the final report of the National Disaster Risk Reduction and Management Council, the fatalities were from eight regions. Of the fatalities, 5,902 or 93 percent were from Eastern Visayas.

The Post-Disaster Needs Assessment (PDNA) conducted by the NDRMMC-Office of the Civil Defense pegged the total damage and losses at PhP132.4 billion.

Little did I know then that for many reasons, Haiyan also gave me my hardest task ever – that of harmonizing the assistance from the public and private sectors, both local and international, to provide the much-needed help for those affected by the disaster.

On Dec. 10, 2013, then President Benigno Aquino 3rd offered me a job anyone with a heart that bleeds for the less fortunate and the downtrodden would not think even for a second to refuse: the Presidential Assistant for Rehabilitation and Recovery (PARR).

Memorandum Order No. 62 provided that the PARR would “unify the efforts of government and other agencies involved in the rehabilitation and recovery efforts” for those affected by Haiyan.

On the same day I took my oath, I was asked by President Aquino to attend my first Cabinet meeting. What remains vivid on my mind was a back-and-forth discussion between the President and myself in relation to the private sector involvement and participation in the rehabilitation and recovery efforts. I was insisting to tap the private sector, while he was adamantly against it, invoking accountability as a major issue. I countered that big, especially publicly listed firms will not risk their business reputation by abandoning their chosen projects. After the meeting, (Presidential Adviser on Political Affairs) Sec. Ronald Llamas reminded me that nobody argues with the President the way I did in that Cabinet meeting. I said I had to argue my case because I strongly believed that government could not do it alone, and I wanted to succeed in my assigned task.

The memorandum order decreed the PARR will act as overall manager and coordinator of rehabilitation, recovery and reconstruction efforts; and engage the assistance of consultants, experts and professional advisers when needed.

Unfortunately, in terms of implementation of the rehabilitation and recovery efforts, the order limited the PARR to “proposing funding support” and “oversight” over the government agencies involved in implementation.

The nature of the task prompted well-meaning friends to ask me if I felt like a fool in accepting a job without first seeking the commensurate powers and authority from the President, quite similar to the near absolute power and authority of Pak Kuntoro, Indonesia’s rehabilitation czar who rebuilt Bandah Aceh from the ruins of the December 2004 tsunami.

I remember telling them, if this were a war mission, I would definitely have asked how much logistics and authority I would have at my disposal before accepting — as I did when I was named Chief of the Philippine National Police by then President Joseph Estrada.

But such demands became irrelevant, considering it would be for a purely humanitarian cause. As such, I never bothered to ask the President what authority I would be given to get the job done as head of the rehabilitation force.

Going to Ground Zero and seeing for myself the survivors’ hope that assistance was coming amid all the devastation all the more convinced me to fulfill my mission at PARR. Needless to say, my heart actually bled for those survivors who lost their families and relatives but still managed to smile. They even cheered and waved their hands in enthusiasm upon seeing me, along with Architect Felino ‘Jun’ Palafox, and newly appointed Undersecretary Danilo Antonio, a private citizen with vast experience in land development, disembark from a helicopter in an isolated rice field in Palo, Leyte, which was my first stop in a series of visits to the Yolanda corridor.

What I had was a mandate to develop a rehabilitation plan, without authority to implement or manage funds. Still, just like what a typical Filipino with scarce resources would do, I made ends meet.

Among the gaps we had anticipated were the hurdles in the bureaucracy across all government institutions. With that in mind, I immediately called upon the private sector, non-government organizations (NGOs) and civil society organizations, and invited them to become OPARR’s Development and Sectoral Sponsors. They responded with genuineness and utmost sincerity. Name the who’s who in the corporate world and I recall seeing them there.

I recall some friends had expressed their concern and apprehension about accepting the pro bono offer of technical and professional assistance from the McKenzie consulting firm for various reasons. I told them I would take that risk. Succeeding events proved me right — the world’s leading consultancy firm stayed with us until my last day in office, seconding to OPARR some of their most talented staff who professionally helped our homegrown talents in many, many ways we could not have imagined.

Thus, in compliance with my mandate as PARR, with great help from these NGOs and agencies — and ironically very little, if not negligible support from the national government — we put together and crafted an eight-volume, 8,000-page Comprehensive Rehabilitation and Recovery Plan (CRRP) with a P167 billion budgetary requirement, anchored on the principle of “Building Back Better.” All this in a record six months. (Even the fund for THE printing of the CRRP, costing P300,000 was provided by the UNDP).

Further, again with USAID and UNDP providing the funds, we adopted a web-based aid management information system referred to as the “eMPATHY: e-Management Platform: Accountability and Transparency Hub for Yolanda,” which is designed to facilitate monitoring and evaluation of the reconstruction assistance received by the government and the private sector.

Finding the need to capacitate the local government units to be self-reliant in addressing their own local needs and priorities during calamities, we enrolled 160 municipal planning officers to take up masteral courses in the Development Academy of the Philippines in Tagaytay City, Cavite. Again, the USAID provided for their tuition fees and other miscellaneous expenses.

Amid all these, I kept wondering — where in the world is the national government support?

Despite the limitations and difficulties we encountered in vetting and consolidating the Plan, the CRRP was submitted to then President Aquino on Aug. 1, 2014.

It consisted of a detailed and elaborate description of the 5 Ws [and 1 H] (who, what, where, when, why and how) in order to accomplish a build-back-better vision for the 171 cities and municipalities in 14 provinces across the six regions devastated by Haiyan/Yolanda.

Likewise, it included guidelines for engaging with the non-government sector.

But while the CRRP was approved by then President Aquino, it is unfortunate — again — that very little budget support was appropriated to help the typhoon victims in the affected areas.

Most of the infrastructure projects such as hospitals, housing units, and school buildings came from donations from the private and business sectors both local and foreign.

I relinquished my post as PARR effective Feb. 15, 2015, after having completed my mandate to coordinate rehabilitation and recovery efforts in Yolanda-affected areas. The implementation of the CRRP would best be left to the NDRRMC, though it would be the National Economic and Development Agency that would be given this task as the vice chair of the rehabilitation and recovery thematic area.

Were it not for the invaluable help from the non-government sector, the environment at the OPARR would have been a sure formula for failure.

In sum, Haiyan is one chapter in my public service career I will never forget — extremely difficult, many times frustrating, yet satisfying only because I worked with very competent staff and consultants who didn’t mind the limitations imposed by our own government in all aspects.

If not for the technical support and assistance provided particularly by the USAID, UNDP, JICA and World Bank, I do not know how we could have accomplished our task.

Five years after the tragedy wrought by Haiyan, I can only hope that the efforts we started would be sustained, enough to help those affected get back on their feet, and build back better.

There have been stories of hope, such as that of Filipino-American sisters, Malaya and Tala David, aged 8 and 10, respectively, who raised $100,000 by making and selling loom bands in the US.

The funds they raised were used to build typhoon-resilient classrooms in Tanauan, Leyte.

Even the survivors have shown sterling character, such as the mother who joined a cash-for-work program who sent her son to return P1,500 because she was absent for three days DUE TO ILLNESS; or the family of five who returned AN EXCESS OF P3,000 after being mistakenly GIVEN emergency aid of P18,000.

Indeed, bad things do happen in the world, such as war, natural disasters and disease. But out of those situations always arise stories of ordinary people, from whom we can learn.

If only the government would do its part…