Jail the liars [The Freeman] 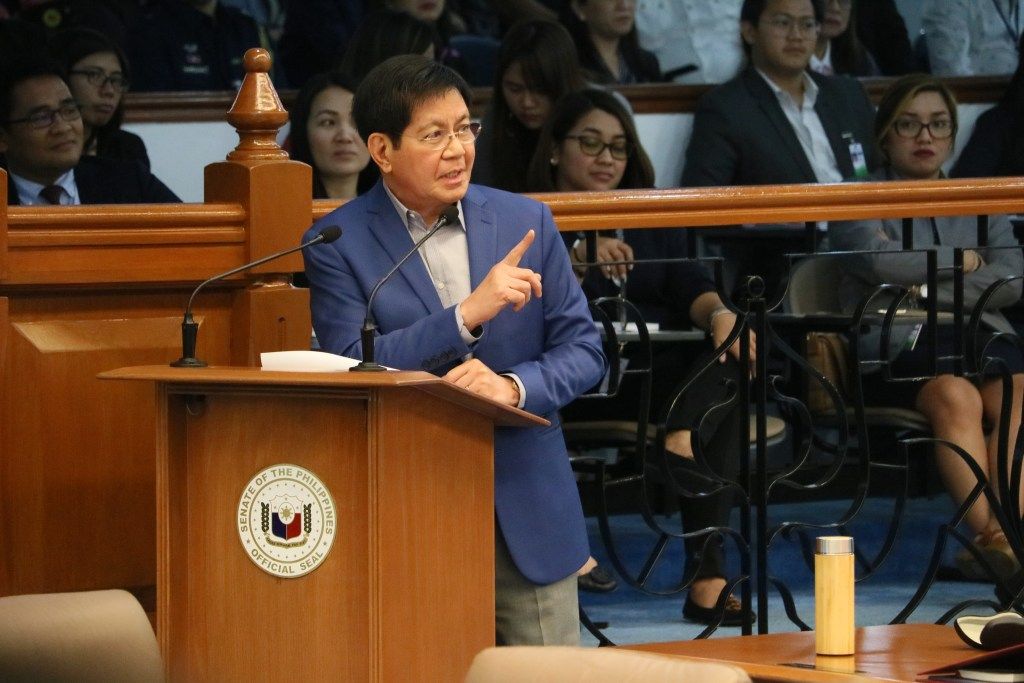 January 21, 2020 - In a phone patch interview on DZBB and GMA News TV, Sen. Lacson discusses a possible supplemental budget and other options to make up for the P4B cut in the 2020 calamity fund.

﻿﻿From Atty. Ian Vincent Manticajon’s column in The Freeman: In this context, I thus support Lacson’s bill, if only to help arrest the culture of dishonesty that pervades in our public lives, and to truly foster development founded on justice and equity and not by political convenience.

By liars, I don’t mean every person who lies. Otherwise, there won’t be enough jail space for most of us. I only mean those who lie under oath, whose false testimony may lead to the indictment or conviction of innocent persons.

This was the principal point of Senator Panfilo Lacson’s Senate Bill 28, a proposed law entitled “False Testimony Against a Defendant Act.” The senator released a statement Wednesday last week stressing the need for heavier penalties against lying witnesses.

Lacson filed the bill in the previous Congress and later refiled it in July 2019. With this week’s resumption of session in both houses of Congress, Lacson saw the need to press the bill’s prompt passage before Congress adjourns again on March 13. A more or less similar bill was also filed by detained Senator Leila de Lima in March 2017.

“A lying witness can make as positive an identification as a truthful witness can. The lying witness can also say as forthrightly and unequivocally, “He did it!” without blinking an eye,” the Senate Bill 28’s explanatory note stated, quoting the Supreme Court in 2010 case of Lejano versus People of the Philippines.

The bill’s explanatory note stressed that in our criminal justice system, the testimony of an eyewitness is crucial. “The direct and positive identification by a witness is given considerable weight by our courts.”

Likewise, testimonies under oath or sworn affidavits often become the basis of indicting persons suspected of committing a crime, sometimes leading to their arrest, or worse, to their indefinite detention on non-bailable charges where a petition for bail may take several months to resolve.

Lacson’s bill, thus, seeks to impose on anyone who gives false testimony in any criminal case the same penalty for the felony the defendant is being accused of. Currently under the law, a person found guilty of committing perjury would get a jail term of up to two years which would even entitle him to avail of probation, a free pass out of jail granted by the state to penitent offenders.

In a much larger context, Philippine social studies scholars have their own theories on when and how the culture of dishonesty in government and industry, including in our justice system, had started and developed. There was a consensus, though, that our pre-colonial ancestors were highly admired by their Asian trading partners for their “extreme honesty.”

Thus, the widespread dishonesty may have started during the Spanish period when our colonial masters cultivated feudal patron-client relationships among the elite in our civil and political system (this discouraged innovative social enterprise). In fairness to the Spaniards, “the seeds of favoritism and abuse by figures in authority may well have already been sown by chieftains who exercised great control over the villagers,” wrote UP Professor Ledivina Cariño in “The Politicization of the Philippine Bureaucracy: Corruption or Commitment?” (1985).

In this context, I thus support Lacson’s bill, if only to help arrest the culture of dishonesty that pervades in our public lives, and to truly foster development founded on justice and equity and not by political convenience.