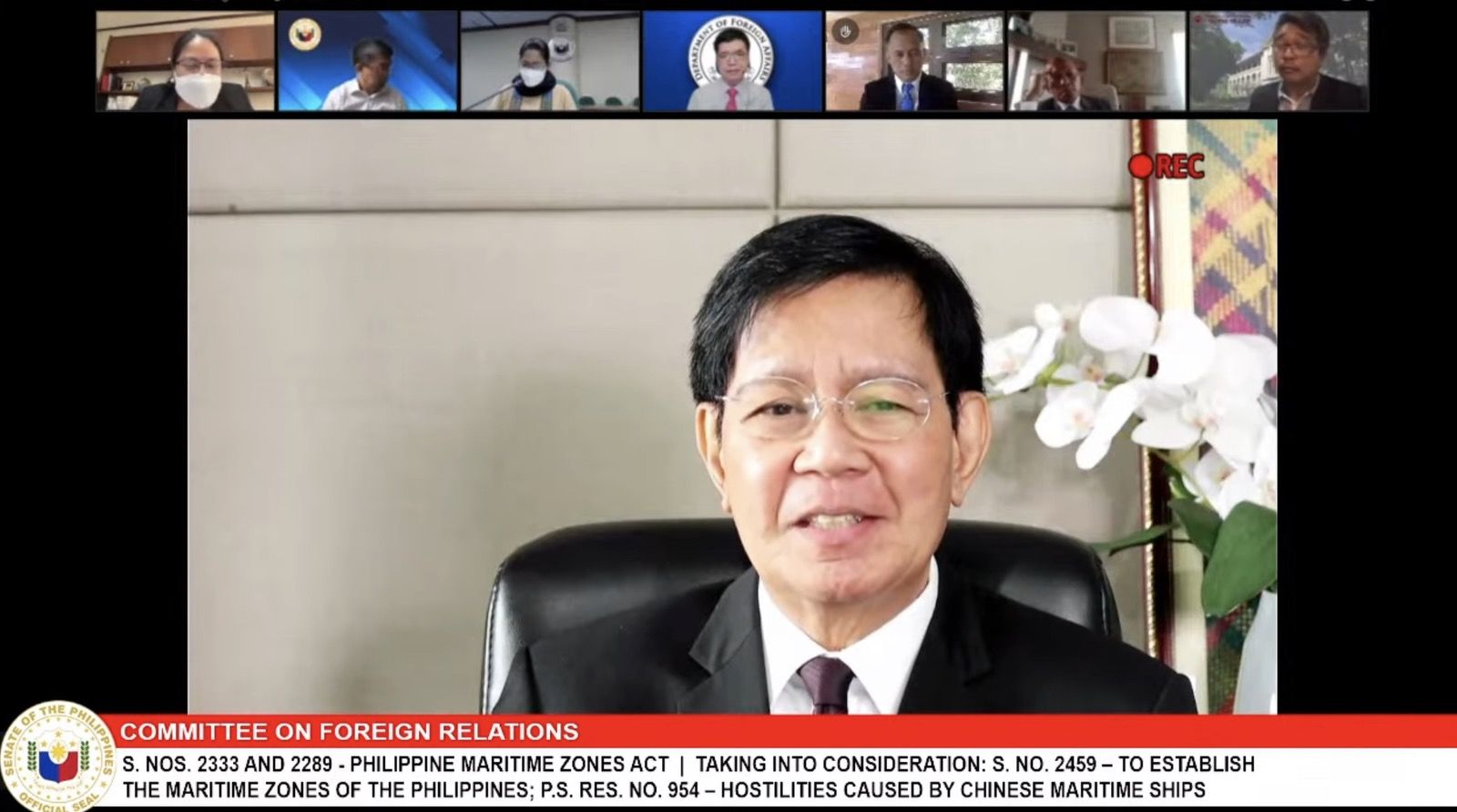 December 6, 2021 - Not one or two, but three: national security, food security, and economic security.

These are the aspects of Philippine security that continue to be hit by China's continued encroachment into our territorial waters in the West Philippine Sea, Sen. Panfilo "Ping" M. Lacson said Monday.

"More often than not, we only think of national security when we hear of China’s encroachment into our territorial waters. It’s actually much more than that... It has a great effect not only on our national security because that much is obvious - but our food security and our economic security are greatly affected," Lacson said at the hearing on proposed legislation on the WPS issue.

Lacson, who chairs the Senate Committee on National Defense and Security, also called for more proactive efforts by the Philippines to urge the international community to exert pressure on China to comply with the arbitral ruling favoring the Philippines.

He likewise pushed anew for maintaining a balance of power in the region with the Philippines' like-minded and militarily capable allies such as the United States, Australia and European Union.

"One course of action we can take is to appeal to the international community to exert whatever political pressure they can have on China to comply with the ruling. It cannot be sought by war especially in this day and age of modern technological warfare where nobody wins," he said.

Among the items discussed in Monday's hearing were Lacson's Senate Resolution 954 condemning China's intrusion into the Philippines' territory and exclusive economic zone in the WPS; and Senate Bill 2289 which he co-authored with Senate President Vicente "Tito" Sotto III, defining the Philippines' maritime areas.

Lacson noted fish production in the Philippines amounted to 4.36 million tons valued at P265 billion in 2018, while 1.9 million fisherfolk depended on fishing for their livelihood. Fishing accounted for P181.1 billion, or 29.1 percent of the ocean-based activities Gross Value Added in 2018.

The WPS region cumulatively supplied 27 percent of the Philippines' total marine capture fisheries production, with Scarborough Shoal producing around 15 to 20 metric tons of fish produced per year. The Kalayaan Island Group can produce 62,000 to 91,000 metric tons of fish per square kilometers, accounting for the needs of up to 2.3 million Filipinos per year.

On the other hand, Lacson said the incursions have also kept us from fully harnessing our energy resources in the WPS, particularly the Philippine Rise that is a potential source of natural gas and other resources such as heavy metals and metallic minerals.

This has yet to account for the ongoing contribution of offshore hydrocarbon sources to energy security, with the largest oil production from Galoc Field off Palawan - a total oil production of 21.15 million barrels as of June 30, 2018.

Meanwhile, the largest gas production of Malampaya amounts to 1.94 million standard cubic feet of gas and 75.04 million barrels of associate condensate, provided some 25.8 percent of the total power generated in Luzon from 2002 to 2017.

"So these are the big effects not only on our national security but our food security and our economic security are also greatly affected," he said.

Meanwhile, Lacson manifested that the Senate Foreign Relations Committee invite to the next hearing Western Command head Vice Admiral Ramil Roberto Enriquez and Coast Guard commandant Vice Admiral Leopoldo Larroya, among others, as they will be the ones to enforce relevant legislation on the WPS.

He also manifested that the panel invite for its next hearing other personalities such as the captain of the Gem-Ver who have a personal view of problems such as ramming by Chinese vessels, "to share with us their actual experience." Gem-Ver 1, a 14-ton fishing boat from San Jose, Occidental Mindoro province, sank after it was rammed by the Chinese trawler while anchored at Recto (Reed) Bank shortly before midnight on June 9, 2019.