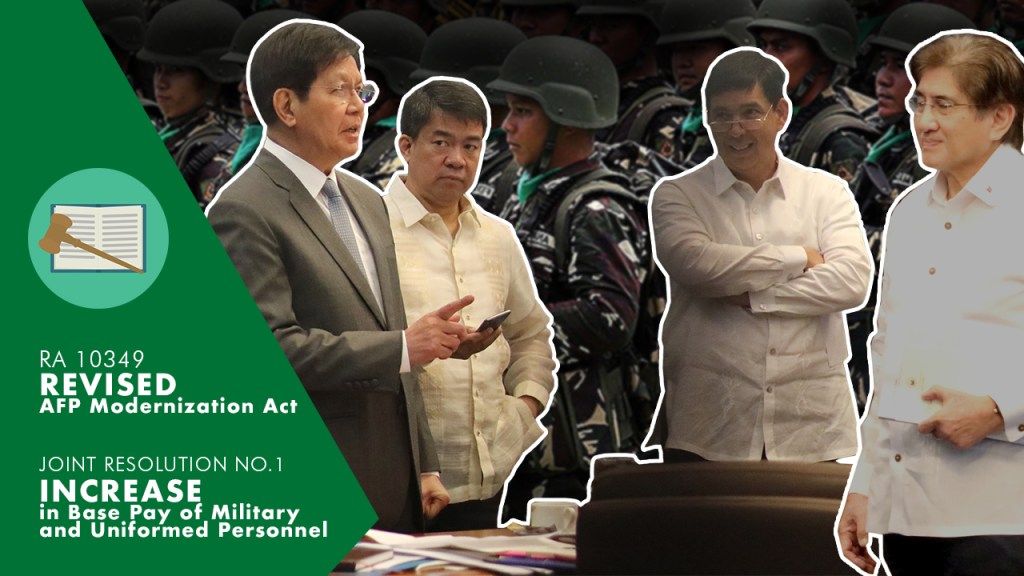 Amid the laws passed for the benefit of its members, the Armed Forces of the Philippines (AFP) should maintain its allegiance to the Philippine Constitution and to the Filipino people.

Sen. Panfilo M. Lacson stressed this as he said the measures providing for the AFP’s modernization are the work of the Senate as an institution representing the people.

“More than who authored the bills, the members of the AFP can best show their appreciation by serving the country and the Filipino people,” said Lacson, a member of the Philippine Military Academy Class 1971.

Besides, he said the passage of such laws benefiting the AFP is not just a matter of authoring bills, but also taking part in other stages, including holding committee hearings and sponsoring the measure.

Lacson cited the Revised AFP Modernization Act (Republic Act 10349), which stemmed not only of the efforts of Sen. Antonio Trillanes IV, but of Sen. Ralph Recto and himself as well.

Aside from authoring the bill that was consolidated into the measure, Lacson also delivered the sponsorship speech for the measure and defended it on the Senate floor.

He also presided over several committee hearings on the matter, along with Sen. Gregorio “Gringo” Honasan II.

On the other hand, Joint Resolution No. 1, which took effect this January and raised the salaries of military and uniformed personnel, was the result of similar efforts by Honasan, the principal sponsor of the measure; Lacson, the co-author; and Aquilino “Koko” Pimentel III and Cynthia Villar.