Lacson: Anti-Terror Bill of 2020 Could Have Prevented Marawi Siege 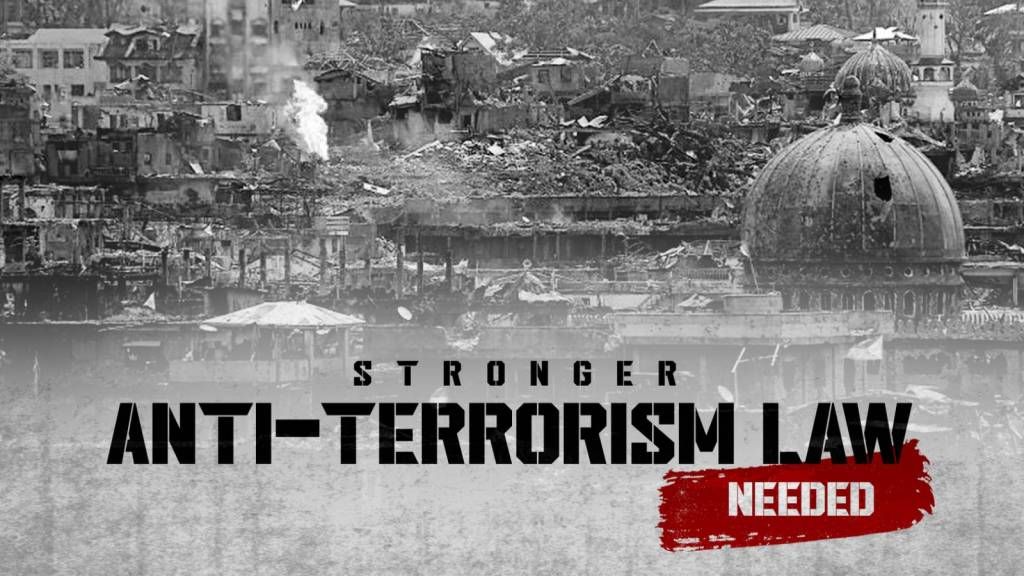 June 26, 2020 - The deadly and protracted Marawi Siege of 2017 could have been prevented had the proposed Anti-Terrorism Act of 2020 been in effect at the time, due to its tough provisions against inchoate offenses as well as its mechanism for cutting off terrorists’ funding.

Sen. Panfilo M. Lacson stressed this as he pointed out the country cannot afford to wait for a repeat of the urban battle that lasted five months and caused massive loss of life and property.

“Had this measure been in effect earlier instead of the 2007 Human Security Act, the Marawi Siege could have been prevented. For one, a new feature under this bill is to make punishable inchoate offenses, something not present under the present Human Security Act of 2007,” Lacson, who sponsored the bill in the Senate, said at an online forum of the League of Provinces of the Philippines on Thursday, when asked by Negros Occidental Governor Eugenio Jose ‘Bong’ Lacson.

An inchoate offense is a preparatory act punishable even if the desired result of such act has not occurred yet, thus making it an independent crime itself. Section 6 of the Anti-Terrorism Bill thus penalizes planning, training, preparing and facilitating the commission of terrorism, which are acts performed towards the accomplishment of the desired purpose, which is terrorism.

On the other hand, Lacson noted the Anti-Terrorism Bill provides for a mechanism to prevent terrorist groups from accessing their funding by freezing their accounts.

Such provisions in the proposed Anti-Terrorism Act of 2020 allow law enforcers to act proactively and nip terrorism in the bud, Lacson noted.

More importantly, Lacson said these provisions in the Anti-Terrorism Bill will allow authorities to act on intelligence reports on potential terrorist activity.

“What happened in Marawi was not lack of intelligence; they had enough intelligence but they could not act because the HSA of 2007 is toothless and rendered a dead-letter law” he said.

“The loss of hundreds of lives and the massive destruction of properties could have been prevented in Marawi City with an Anti-Terrorism Law stronger and more effective than the toothless dead-letter law like the Human Security Act of 2007,” he added.

Meanwhile, governors at Thursday’s forum expressed overwhelming support for the passage of the Anti-Terrorism Bill.

LPP president and Marinduque Gov. Presbitero Velasco Jr. informed Sen. Lacson at the forum that “a big majority of governors fully supported the eventual, I believe, passage of the bill into law.”

Quirino Gov. Dakila Carlo Cua added the Union of Local Authorities of the Philippines has released its “supportive statement” for the government’s efforts against terrorism.

Palawan Governor Jose “Pepito” Alvarez said it is high time the Anti-Terrorism Bill is passed into law, especially since terrorism threatens tourism in Region 4-A (CALABARZON). “Tourism and terrorism do not come together. Sen. Ping, tulungan mo kami rito. We need this bill signed into law as soon as possible,” Alvarez said.

Cagayan Governor Manuel Mamba added a strong anti-terrorism measure is “long overdue,” citing the threat of the New People’s Army in his province.

Negros Oriental Governor Roel Degamo, meanwhile, said the Anti-Terrorism Act of 2020 “will be our national declaration of war vs terrorists both local and foreign, but never against peace- and freedom-loving Filipinos and peoples.”

“This is contrary to another disinformation campaign that they were pressured to come up with resolutions and manifestos of support to the bill,” Lacson noted.