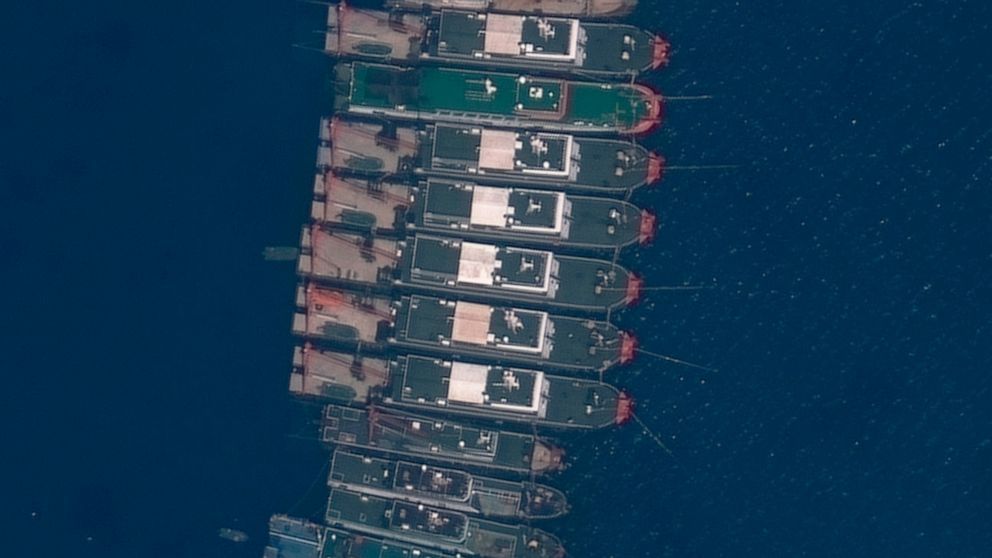 Lacson said this after President Rodrigo Duterte said Monday night that the Philippines may risk bloodshed and a no-win situation if it asserts its jurisdiction.

“He’s the leader of our country and he’s the commander-in-chief of our armed forces. He can think of anything and speak about anything except surrender. Remember, we have an arbitral ruling in our favor and it’s permanent although it’s unenforceable. There are so many things to think about except surrender. We cannot wave the white flag, so to speak,” Lacson said in an interview on CNN Philippines.

“I am not saying the President is actually raising the white flag but that’s the implication. If the officers and men of the AFP would take it that way, it could be disastrous to Philippine sovereignty,” he added.

Lacson noted no less than Secretaries Delfin Lorenzana (Defense) and Teodoro Locsin Jr. (Foreign Affairs) have said we can build strong alliances with other countries.

He reiterated the Philippines can build stronger alliances with other countries such as Japan, which he said is a natural ally because it has a territorial issue with China.

Also, he said the US and Japan have already expressed their willingness to build much stronger alliances with the Philippines. He added the Philippines can conduct joint military exercises with other countries like the US and even Australia.

“So let’s work along that line. We should not feel we’re alone. We cannot really win a war against China. Population-wise less than 1/10 tayo ng China. And military-wise, talagang no contest. But why would we sulk in a corner and think along that line when there are stronger countries, even Europe, they are willing to assist us through the European Union?” he said.

Otherwise, Lacson said China will continue giving us the raw end of the deal through continued incursions into our territory.

On the other hand, Lacson said that despite complaints from middle-grade and ranking officers of the military that they are being “restrained” from protecting our territories, this does not mean a withdrawal of support for the President by the uniformed services.

“The President remains very popular and he enjoys massive support from the super majority of the men in uniform, both active and retired. I don’t think it will come to that. There are rumblings and complaints but it will not escalate into a situation that the AFP will withdraw support for the President. I would say that with certainty. I am chairman of the defense and security committee of the Senate. I’ve been in touch with most of the high ranking military officers. And I will tell you he really enjoys support from them,” he said.