Lacson: Constitution to be Ultimate Guide on Potential Criminalizing of Red-Tagging 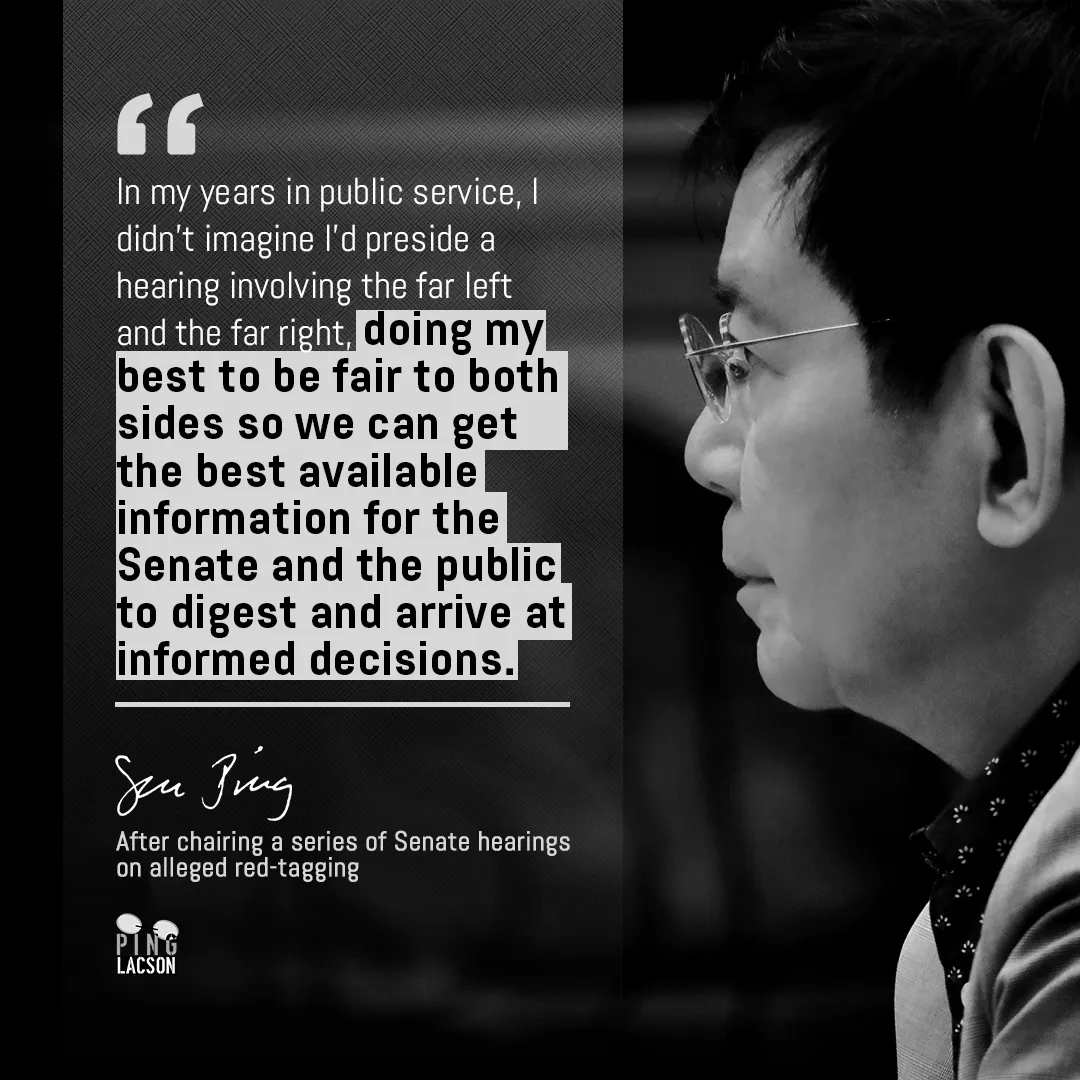 December 3, 2020 - The 1987 Constitution will be the ultimate guide on whether there is basis to criminalize “red-tagging,” Sen. Panfilo M. Lacson said Thursday.

Lacson said he and his legislative staff are poring over position papers and other materials gathered from all sides during the last three hearings on the issue.

“We will study and consider the matter, but the bottom line is that such a move will not violate our Constitution,” he said in an interview on DZAR radio.

“One major issue to be addressed if we are to criminalize red-tagging or red-baiting is if it will infringe on our Constitution’s provision ensuring freedom of expression and freedom of speech. This is a basic right that cannot be violated. That said, there are opposing views that such freedom is not absolute – that is why we have laws penalizing libel and cyber-libel,” he added.

On the other hand, Lacson maintained the hearings he chaired had been fair, and that the bashing he has received from both sides “comes with the territory.”

He said that while he appreciates the “clarification” by Makabayan Rep. Carlos Zarate of his earlier statement that the Senate hearings had been reduced to a venue for “witch-hunting,” it gave a wrong impression of the conduct of the hearings.

Also, he said he is still being bashed by netizens and bloggers, including those against the government, and even those traced to the Armed Forces of the Philippines and Malacanang.

“That comes with the territory. Given my decades in public service, I have accepted that I cannot please everybody, especially in such a sensitive issue. But with that said, considering that both sides are bashing me on social media means I am doing something right. Otherwise, if one side keeps bashing me and the other keeps praising me, that might be a sign of bias,” he said.

“What is important is that the hearings have helped enlighten the public on the issue,” he added. (30)