Lacson: Don’t judge cops who arrested lawyers in Makati raid without getting their side 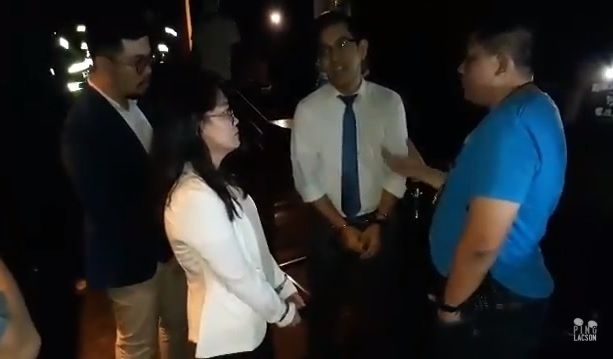 Do not be too quick to condemn the Philippine National Police (PNP) over the arrest of three lawyers following an anti-drug operation at a bar in Makati City last week.

On this note, Sen. Panfilo M. Lacson said the public should at least see the side of the PNP’s National Capital Region Police Office on the incident before judging.

“Let us not be too hasty or harsh in condemning the NCRPO, without getting their side of the story. There is such a thing as presumption of regularity,” said Lacson, who headed the PNP from 1999 to 2001.

He noted videos taken of the raid at the Makati City bar showed that the NCRPO officers asked the lawyers who they were representing, and arrested them after they could not give clear answers.

The videos also showed one of the police officers explaining to the lawyers that their entering the scene and taking videos without prior authorization may constitute obstruction of justice. While the lawyers said they represent one of the establishment’s owner, they did not provide names.

Also, the NCRPO team’s report indicated the three lawyers roamed inside the premises, took pictures in every floor and touched items “as if doing their own search without authority,” which may have contaminated the evidence.

In taking the cudgels for the PNP in this case, Lacson pointed out the PNP leadership has shown it is sincere in cleansing its ranks of rogue members, and deserves at least a chance to have its side on the issue heard.

On the other hand, Lacson said the PNP, as part of its internal cleansing efforts, should put an end to the “palakasan” system that could allow dismissed scalawags in uniform to sneak back into the service.

“I encourage the PNP leadership to sustain the internal cleansing operations to their logical conclusion. This means the inept, corrupt and undisciplined should not be able to use the ‘palakasan’ system to get back to the service,” he said.

Last week, Lacson sponsored on the Senate floor Senate Bill 1898, which transfers to the PNP the responsibility of training police recruits.

With the measure, Lacson said the PNP will have full authority – and accountability – to train new members and prevent them from falling prey to corruption.

He noted that in past months, police officers – many of them non-commissioned ones with the ranks of PO1 to PO3 – had been involved in heinous crimes.

During hearings conducted by the Senate committee on public order and dangerous drugs chaired by Lacson, the PNP and Philippine Public Safety College had blamed each other for the problem, with the PNP citing lapses in the PPSC’s training, and the PPSC indicating the police recruits were corrupted by PNP officers during their on-the-job training.

“It is better to weed out rogue cops before they can become a bad influence on their colleagues. We should nip them in the bud, so to speak,” he said.