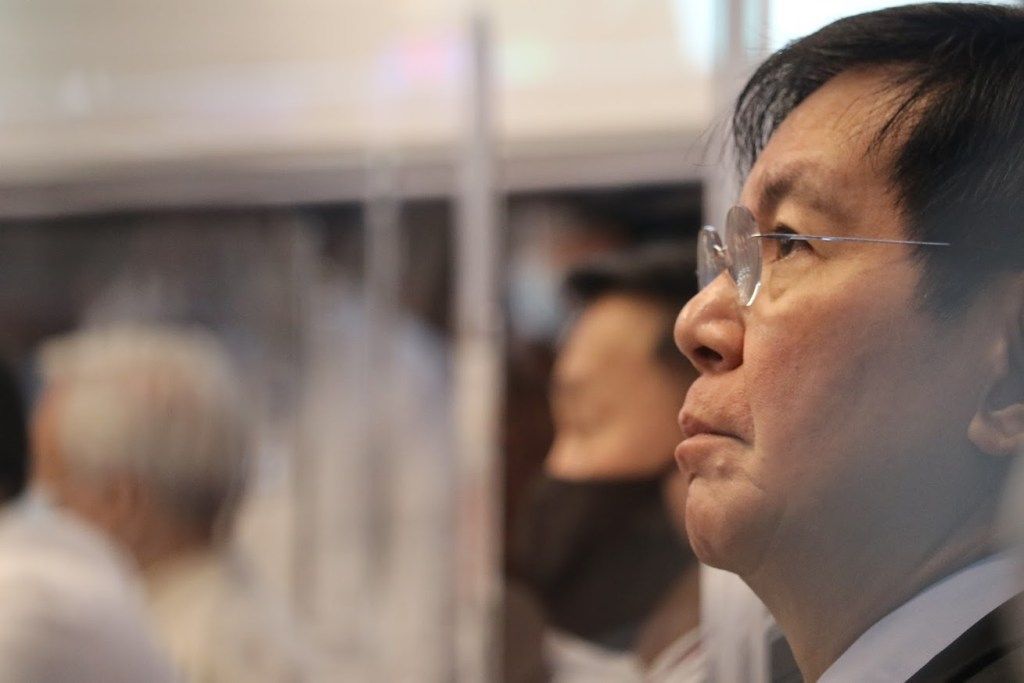 May 2, 2021 - Majority of Filipinos must not let the deep “political divide” keep them from coming up with a united stand on the West Philippine Sea and other issues of national importance, Sen. Panfilo M. Lacson said Sunday.

Lacson lamented that while there are tens of millions of Filipinos who have their own opinions about important issues, only two groups are dominating the conversation, and mostly through the operation of troll farms.

“We are a deeply divided nation. DDS and Yellows bicker about anything. Worse, they assume that everybody else is their proxy. Right or wrong, either you’re with them or against them. Absolutely false! There are many of us who speak our own minds, not theirs,” he said in a post on his Twitter account.

He lamented that with this political divide, one can be bashed for thinking differently – which should not be the case.

“You say something the DDS consider unflattering, you get branded a Yellow, and vice-versa. The truth is, that is not the real situation. There are many Filipinos who have their own stand on the issue,” he said in an interview on DZRH radio.

He said it is time the larger segment of the population stop being intimidated by the noises deliberately created by the DDS and Yellows, mostly through troll farms.

“They should continue speaking their minds independently, especially in pursuit of our country’s national interest,” he said.

In the case of the West Philippine Sea issue, Lacson said Filipinos should think of what they and future generations of Filipinos will lose if they allow the incursions by China to continue.

“Dapat ipamulat natin sa kababayan natin ano ang nawawala sa atin ngayon at future generations pag ang West Philippine Sea pinabayaan natin. Dapat doon tungo ng usapan. Hindi pag-aawayan at magkukuwentahan kung magkano ang halaga ng donation na bakuna. Mga kababayan natin nako-confuse (We must make it clear to our fellow Filipinos what we stand to lose if we do allow the West Philippine Sea situation to continue. That should be the focus of the conversation, not petty bickering that will confuse our people),” he added.

Lacson said China has already made at least three incursions into Philippines EEZ – Mischief Reef, Scarborough Shoal, and now Julian Felipe Reef. “Ang masama pa, sa halip na iisa ang tinig natin, tayo-tayo mismo nagbabangayan. Pinapanood lang tayo ng China at maaring pinapalakpakan pa (What is bad is that instead of having one voice, we bicker among ourselves. In the meantime, China just watches and even applauds),” he said as he reiterated his call for a united stand on the issue.

“I may sound like a broken record on the matter of seeking stronger alliances with the more militarily powerful countries like the US, Australia, even Japan and some European Union countries to maintain the balance of power in the West Philippine Sea, since given the situation, it is unthinkable for the Philippines to match China’s military presence within our Exclusive Economic Zone,” stressed Lacson, who chairs the Senate committee on national defense.

“These countries have openly expressed their willingness to assist, but we cannot expect them to be more aggressive than us in this regard. It is our territorial integrity and sovereignty being assaulted, so we, not them who must take the initiative,” he added.