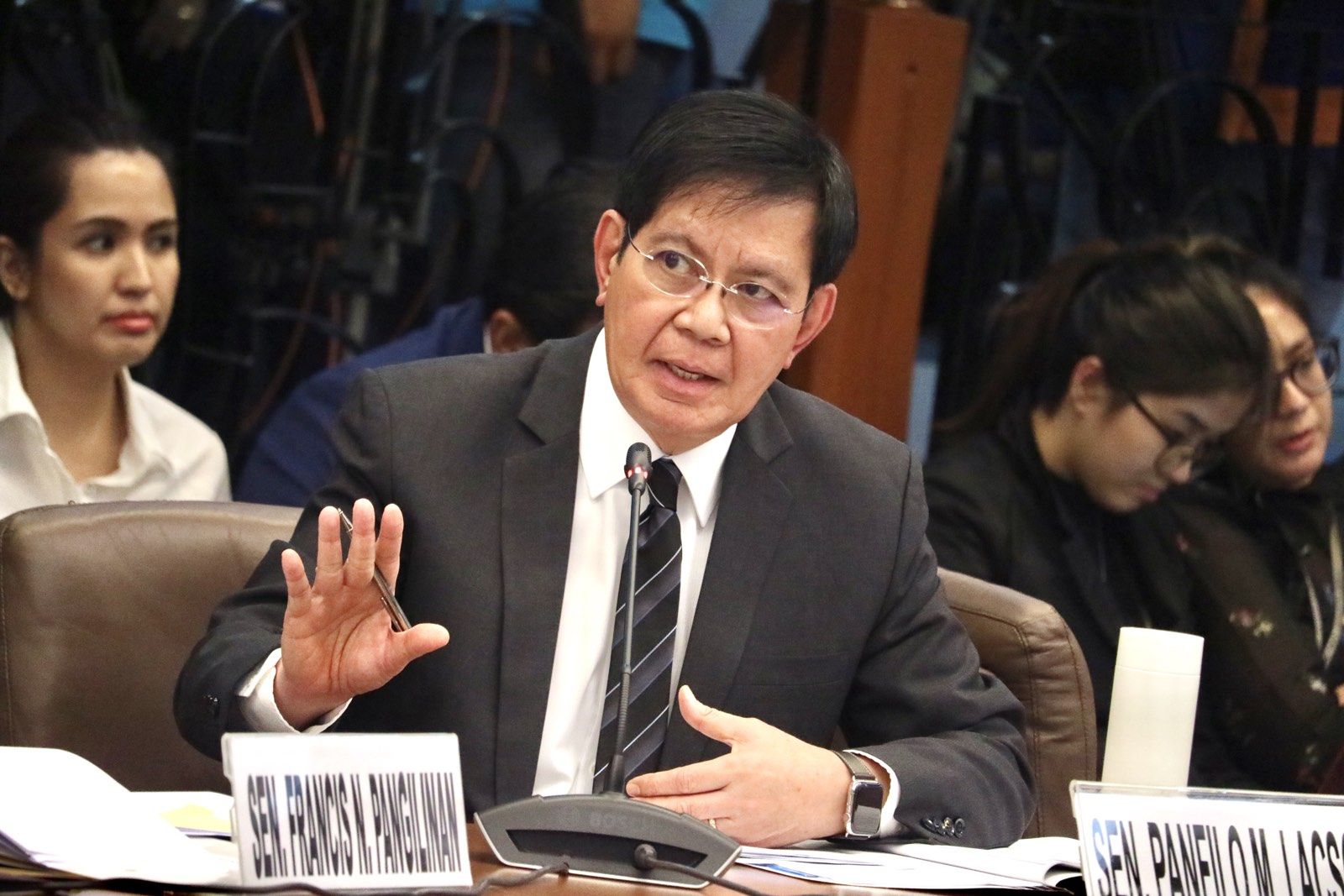 October 19, 2021 - The Department of Public Works and Highways (DPWH)'s compliance with the Supreme Court and Malacañang's directives to devolve certain functions - and funds - to the local government units for 2022 may be good only on paper, Sen. Panfilo M. Lacson bared Tuesday.

Lacson noted that in the DPWH's proposed P686.1-billion budget for 2022, it is still the central office that handles funds for items and projects which should be devolved and implemented by LGUs.

"While 89 percent ang nawala sa Local Program, nag-increase ang Convergence and Special Support Program by 232 percent (While there was an 89-percent decrease from funds for local programs, there was an increase of 232 percent for convergence and special support programs)," he said at the hearing for the DPWH's 2022 budget.

"They are compliant on paper but in reality they are not complying. That’s my point," he added.

Lacson noted the DPWH appears at first glance to be compliant with the Supreme Court's Mandanas Ruling by decreasing its budget for local programs by 88.9 percent, with the assumption that the programs and funds will be handled by the LGUs.

He also pointed out that the 2021 budget item entitled "Various Infrastructure Including Local Projects" (VILPs) is no longer present under the DPWH FY 2022 budget to comply with the devolution efforts. Yet, projects of the same nature are lodged under their program, "Convergence and Special Support Program," which had a 232-percent increase.

"Different nomenclature but exactly the same program... Nothing is being devolved here," he said, adding his scrutiny showed the actual budget decrease for the DPWH was only 5.8 percent.

Lacson also questioned the DPWH officials present on the role of LGUs in the planning phase of all these programs under the DPWH's operations budget.

"What participation did they have in the preparation of the 2022 budget under these Programs, Activities and Projects?" he said.

Meanwhile, Lacson - who has championed the needs and priorities of the local government units - reiterated the Supreme Court's Mandanas Ruling should be a very good opportunity for LGUs to be technically capacitated.

"Very little if at all ang participation ng LGUs. This is an opportune time to be compliant with the SC ruling and EO 138 issued by President Duterte," he added.