Lacson: Eleazar Starting Off on the Right Foot as new PNP Chief 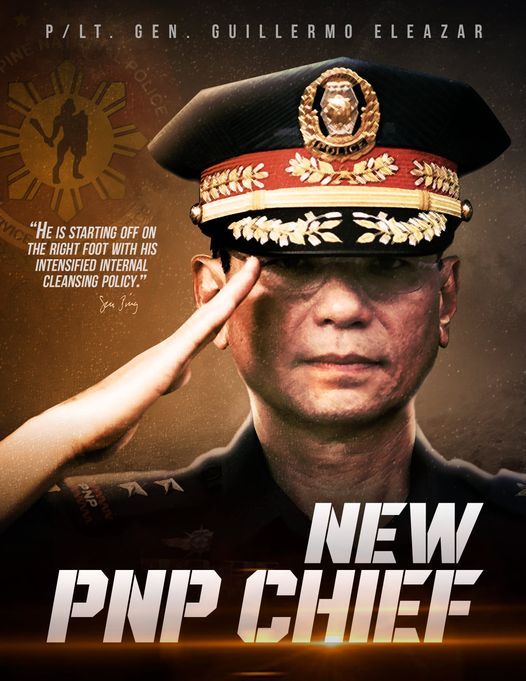 May 9, 2021 - With his intensified internal cleansing policy, P/Lt. Gen. Guillermo Eleazar is starting off on the right foot as the new chief of the Philippine National Police, Senator and former PNP Chief Panfilo M. Lacson said Saturday.

Lacson, who pursued a similar program when headed the PNP from 1999 to 2001, particularly lauded Eleazar for including the recruitment system in his “intensified” internal cleansing system.

“The internal cleansing should be continuous. And P/Lt. Gen. Eleazar is right: it is good to start at the recruitment stage, to get rid of corruption and the ‘palakasan’ system,” Lacson said in an interview on DWIZ radio.

“He is starting off on the right foot. Before you can go after criminals, you have to make sure the ones running after the criminals aren’t criminals themselves,” he added.

Eleazar formally took command of the PNP on May 7. He announced an aggressive internal cleansing program, including for the recruitment process where he vowed to get rid of the “palakasan” system to make sure only the best make it to the PNP.

Lacson recalled that during the early days of the PNP in 1991, former criminals would allegedly pay P30,000 to become policemen in their territories, thus infesting the newly created police force with “hoodlums in uniform.”

Lacson – under whose watch the PNP earned high approval marks from the public – also recalled that when he headed the PNP, he placed a premium on police personnel having good posture and wearing uniforms properly, to earn the public’s respect.

Meanwhile, Lacson said Eleazar can achieve much even with just a six-month term. Eleazar will reach retirement age in November.

“Personally I observed what he did, even when he headed the Metro Manila police. He is hardworking, making the rounds before dawn,” he said.