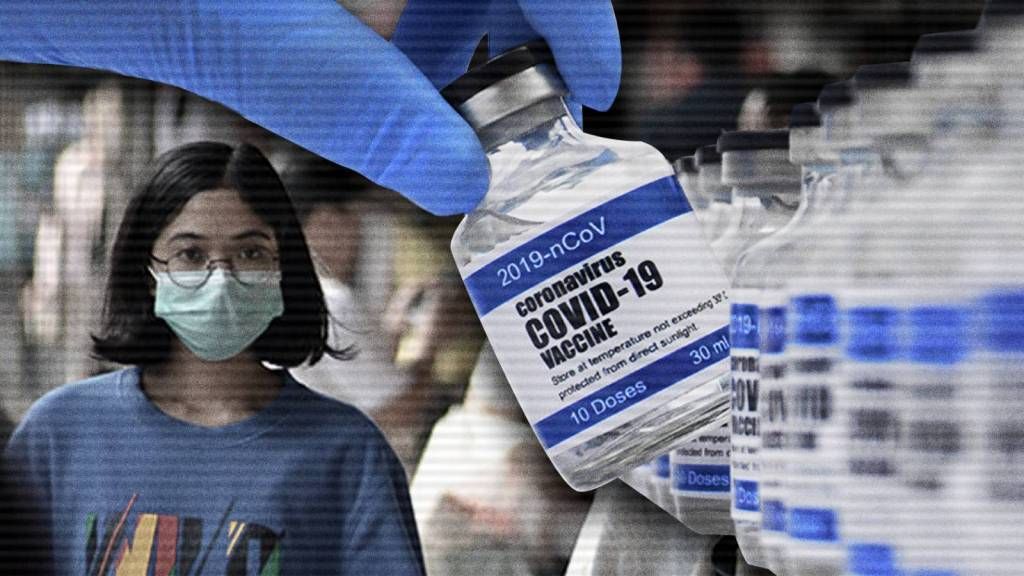 June 18, 2021 - The P57.3 billion in loans already secured by the government for the procurement of vaccines can cover the P25-billion requirement for the vaccination of minors, Sen. Panfilo M. Lacson said Friday.

“Figures from the PSA as of March 28 this year shows the Philippines’ midyear population will reach 110,198,654 by July 1. Of this, 62 percent or 68.323 million are adults. If we multiply this by P446 per dose, including logistical costs, we will need about P30.472 billion to inoculate our adult Filipinos. Thus the difference of P26.83 billion is more than enough to cover the P25-billion requirement to procure the vaccines for our minors,” Lacson said.

“Based on these figures, we may not need to look for an additional P25 billion since it is amply covered by the ‘excess’ in borrowings,” he added.

Lacson noted that even if the government were to inoculate 83.8 million adults based on the Inter-Agency Task Force for the Management of Emerging Infectious Diseases (IATF)’s figures, at P446 per dose including logistical requirements, it would only need P37.374 billion – still way below the P57.3 billion in borrowings.

On the other hand, he pointed out vaccine czar Carlito Galvez Jr. had stated that we have 68 million free doses of vaccines, including 44 million from the COVAX facility and 24 million from two brands.

“Every peso counts and must be accounted for, especially during these difficult times. That said, the IATF and DOF should further clarify the figures that they presented during last Tuesday’s Committee of the Whole hearing,” Lacson said.

During the Senate Committee of the Whole hearing on the government’s vaccination program last June 15, Finance Secretary Carlos Dominguez III said that of the P88.6-billion budget to procure vaccines, P57.3 billion had been sourced through concessional loans from our multilateral partners.

Also during the hearing, Lacson and Senate President Vicente C. Sotto III agreed that with more than enough funds to achieve herd immunity for this year, the government should focus more on ensuring the efficient rollout of the vaccines.

Meanwhile, Lacson said the Senate will scrutinize agencies’ requests for additional budgets against the pandemic, including an additional P66 billion being requested by the Department of Health for pandemic response.

“First, they will have to account for P660.1 billion which, according to the Department of Budget and Management, has been released to the agencies concerned for the overall COVID-19 response over the last 15 months or so,” he said.

“During these times when the country is almost neck-deep in debt with an unprecedented P11 trillion in foreign and domestic borrowings, not to mention an alarmingly low revenue collection, every peso that comes from the treasury should count and made sure to be put to good use,” he added.

Lacson also said the government should all the more do a “good job” of promoting trust in the vaccination process and maximizing limited resources to do so, after Australia’s commitment to provide P480.2 million to procure additional COVID-19 vaccine jabs.

“We are very thankful to Australia for its gesture, which will go a long way for us Filipinos to ‘get the jab done’ and be vaccinated from COVID-19. But more importantly, this should be an added motivation for the government to ‘get the job done’ by maximizing the use of our limited resources to promote public trust in the vaccination process. This includes using our resources wisely by getting the most accurate facts and figures possible,” he said.

Also, the envoy said Australia’s Vaccine Response Plan for the Philippines has provided AUD7.52 million in vaccine delivery support through UNICEF and WHO.