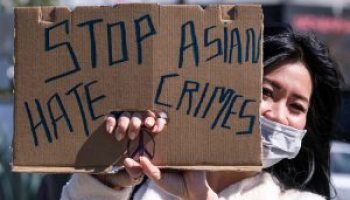 Lacson supported Consul General Elmer Cato’s calls for increased police presence especially in the subways; and for Filipinos to report hate crimes to the Consulate or via 911 if they witness or become victims themselves of such crimes.

“Based on accounts initially cited by Consul General to New York Elmer Cato, there have been at least 14 hate incidents involving members of the Filipino community so far this year, counting the latest incident. This is disturbing and has to stop,” said Lacson, who chairs the Committee on Foreign Affairs in the Commission on Appointments.

When Lacson headed the Philippine National Police from 1999 to 2001, he ordered an increase in police visibility, particularly foot patrols – an action that helped decrease criminality, mainly due to the deterrent effect on criminals.

“Hate crimes and racism have no place anywhere. As Consul General Cato pointed out, the Filipino community can be part of the solution by reporting such incidents to the authorities for prompt action. This solution should be adopted by all Filipino communities abroad, not just in the US,” Lacson pointed out.

Cato said the latest hate incident involved a colleague at the Philippine Consulate General in New York, who was verbally assaulted while aboard the B train on her way to the Consulate. The incident was reported to city police.

“The unlucky Filipina diplomat must have encountered a reincarnated barbaric tyrant in that train,” Lacson said of the latest incident on his Twitter account.

But Cato also said a few days earlier, a member of the Filipino community was assaulted and injured in a subway platform in New York City. A few months back, another Filipino got his face slashed in another hate-crime incident in the subway.

“Consul General Cato must urge the New York police to leave no stone unturned to identify and charge the person or persons responsible. There must be closed-circuit television (CCTV) footage available somewhere,” Lacson added.