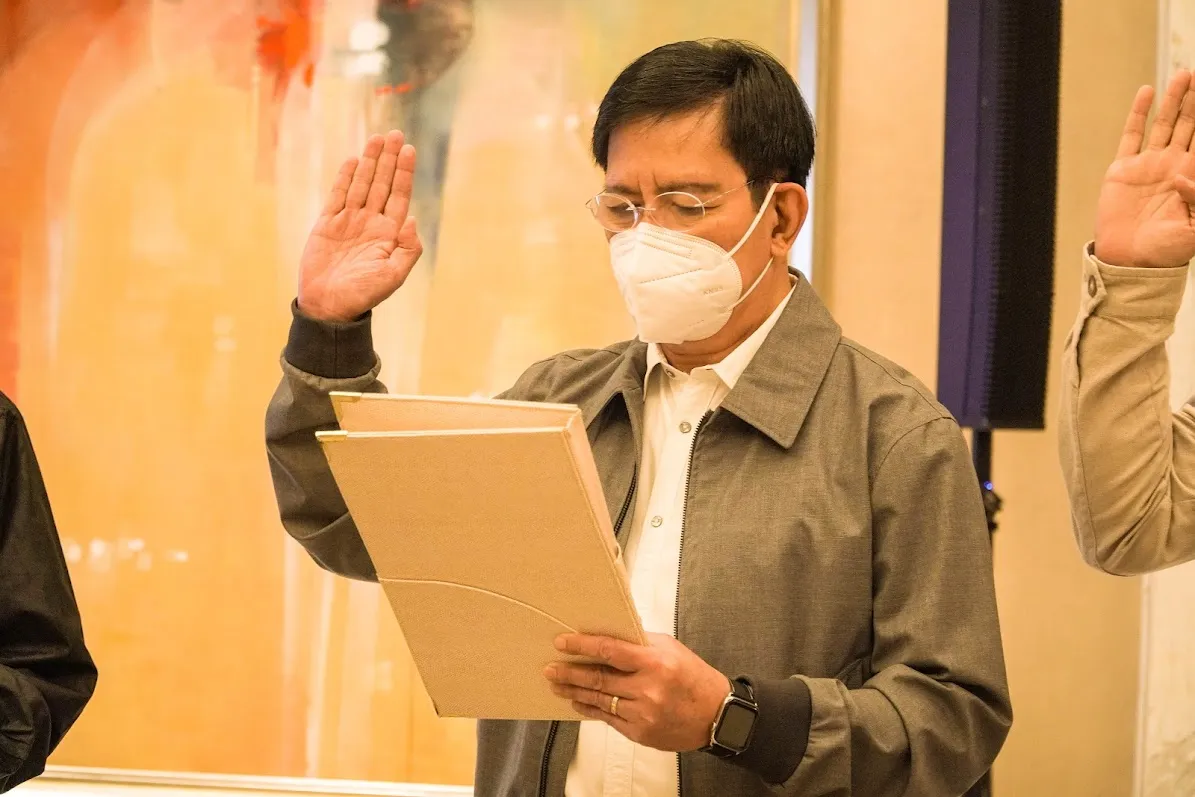 “My advocacies are well-aligned with those of Reporma like people’s sovereignty and democracy, decentralization and devolution of powers, social justice responsibility, strong economic foundation, environmental awareness, voters’ education, among others,” Lacson said.

Reporma was founded by former Sec. de Villa in 1997. It aims to “continue and improve the landmark reforms achieved during the Ramos administration that broke up monopolies and leveled the playing field for the improvement of public service, progress of the economy, and the benefit of all Filipinos.” It became dormant after the 2004 elections and was revived in 2020 by former Speaker Alvarez.

Meanwhile, Lacson said Senate President Vicente C. Sotto III informed him that officials of the Nationalist People’s Coalition (NPC) are open to a dialogue with him after they file their certificates of candidacy in October.

Lacson said he and Sotto are “open to alliances with other political parties who may be willing to work with us for change for the betterment of our country and people.”