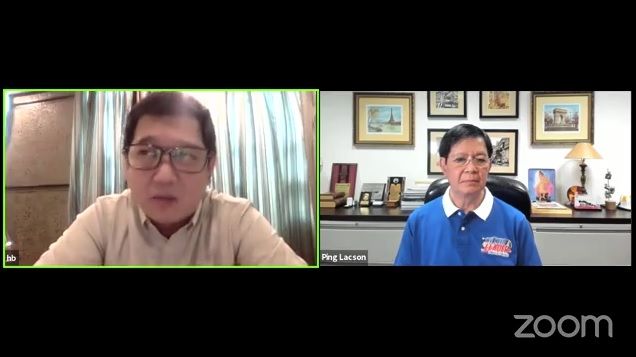 Sen. Panfilo M. Lacson stressed this late Saturday after hearing Bautista speak on the need to empower local government units (LGUs) to deal with disasters and other problems.

"Mayor Herbert 'Bistek' Bautista was a revelation in our regular 'Online Kumustahan' with the great people of Antipolo City this afternoon. Hearing him speak for the first time is one great opportunity for me to know the man better. He deserves to be in the Senate," Lacson said on his Twitter account.

Bautista is one of the senatorial bets of the Lacson-Sotto tandem who joined the regular "Online Kumustahan" in Antipolo City. He is running under the Nationalist People's Coalition which Senate President Vicente C. Sotto III chairs. Also joining yesterday’s virtual rally were Dr. Minguita Padilla and Paolo Capino under Partido Reporma, which Lacson chairs.

At the "Online Kumustahan," Bautista stressed that Lacson's advocacy to empower LGUs is at no time more needed than now, during the time of disasters and the Covid pandemic.

The former mayor said empowering LGUs will be especially useful now that the country is dealing not just with the Covid pandemic but also with disasters from typhoons.