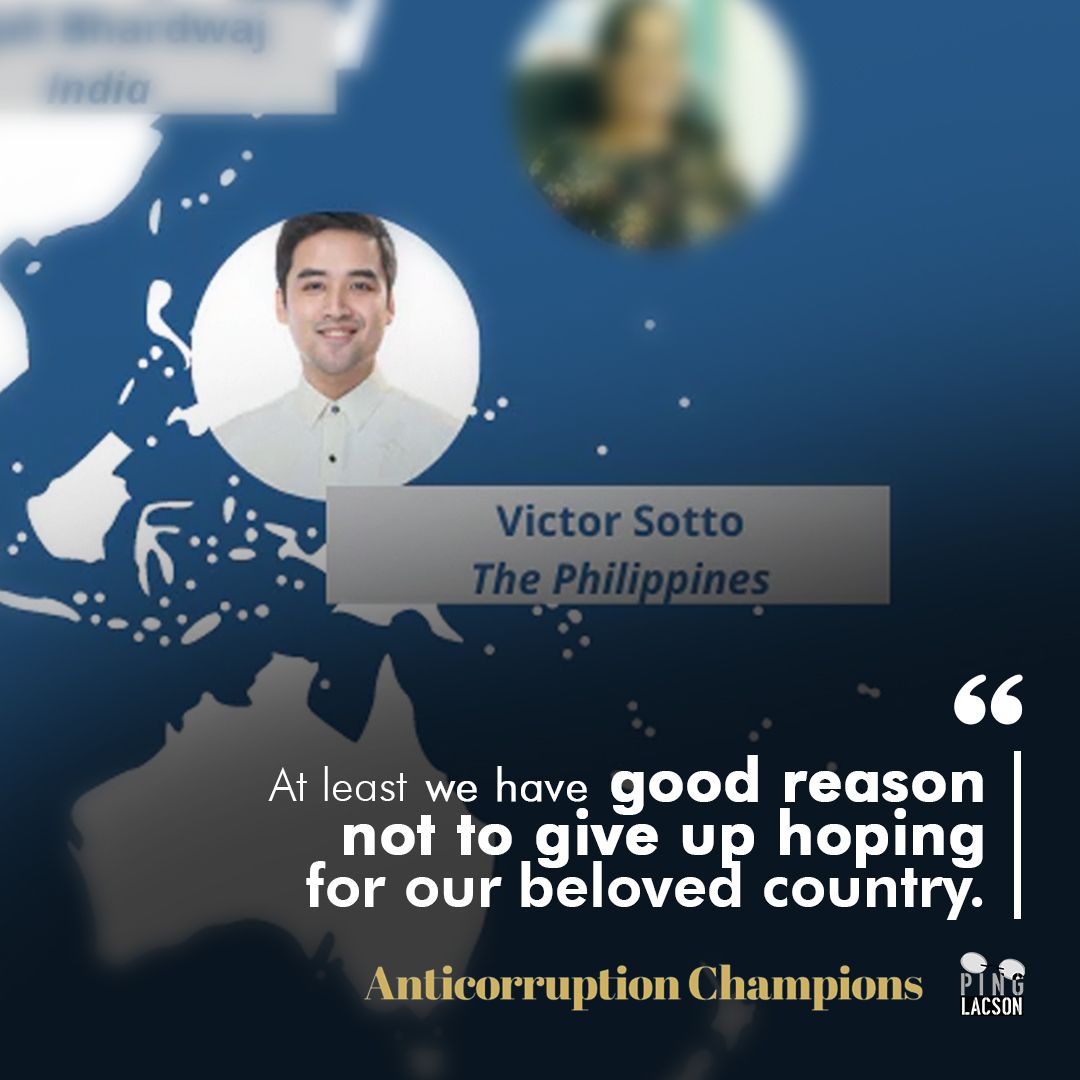 February 24, 2021 - Sen. Panfilo M. Lacson on Wednesday lauded the inclusion of Pasig City Mayor Vico Sotto by the US State Department among its 12 “International Anticorruption Champions.”

Lacson also reiterated his hopes that emerging leaders who can run the country would have the same anti-corruption drive.

“At least we have good reason not to give up hoping for our beloved country. As one very successful businessman recently told me – for the longest time, our country is like a boat full of holes that doesn’t sink only because we keep bailing the water out. Nobody has thought of bringing it to a dry dock for repairs,” he said.

Mayor Sotto was one of 12 individuals recognized by the State Department in its new “International Anticorruption Champions Award.”

The award honors those “who have worked tirelessly, often in the face of adversity, to defend transparency, combat corruption, and ensure accountability in their own countries.”