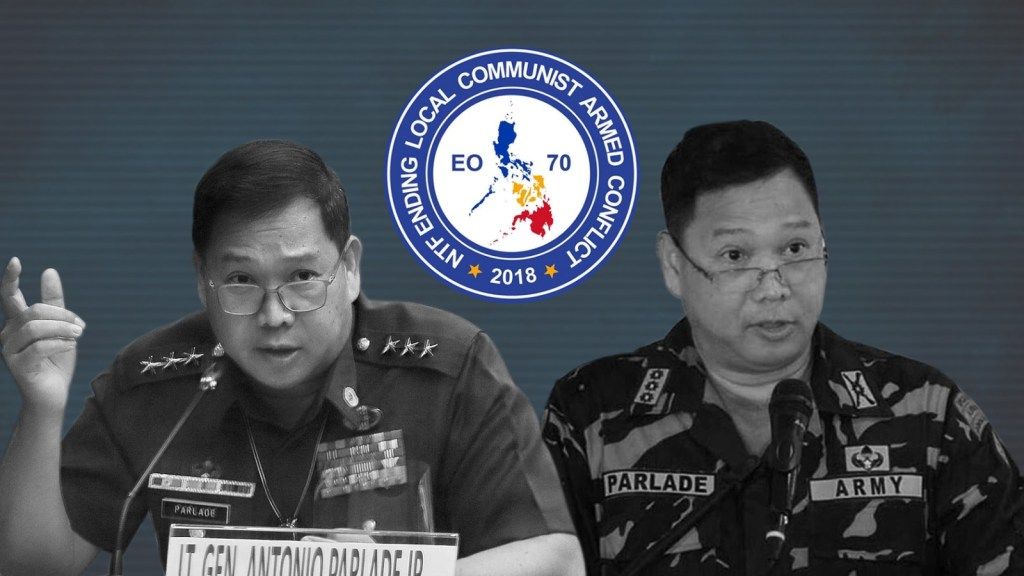 April 24, 2021 - No thanks to the “loose lips” of its spokesperson, the National Task Force to End Local Communist Armed Conflict (NTF-ELCAC) may find its budget for 2022 in deep trouble, Sen. Panfilo M. Lacson said Saturday.

Lacson said that while he believes the NTF-ELCAC is doing well in terms of developing areas cleared of the New People’s Army, Lt. Gen. Antonio Parlade Jr.’s recent political statements threaten to take away those gains.

“The Armed Forces of the Philippines must remain apolitical. Otherwise, the constitutional balance among institutions is skewed and democratic governance is disturbed and even threatened. Lt. Gen. Parlade should just focus on ending insurgency and fighting terrorism. When he retires, he can debate all he wants on political issues,” Lacson said.

“Because of his commentaries, the NTF-ELCAC is dragged into controversies. Nauuna ang bibig niya sa kanyang ginagawa. Yan ang danger, kasi nakakagulo na. Instead of helping, his loose lips threaten to drag the NTF-ELCAC into the mess,” he added, in an interview on DWIZ radio.

Lacson said the only consolation is that Parlade’s attitude – where he even verbally attacked senators for questioning his statements – does not represent the other members of the armed forces.

“If there is any consolation to the senators of this benighted land, arrogance and idiocy will never be doctrinal among the active members of the noble profession of arms,” he said on his Twitter account.

Lacson said one option for the Senate is to send a strong message to the defense establishment by denying the NTF-ELCAC a budget for 2022 if Parlade is retained as spokesperson.

He pointed out that the Senate defense committee, which he chairs, had recommended that Parlade be relieved as NTF-ELCAC spokesperson because the Constitution bars active military officers from assuming posts in civilian bodies like NTF-ELCAC. But the defense establishment ignored this recommendation, he noted.

“There is a consensus among senators in the minority and majority, to send a message to the defense establishment that cooperation is a two-way street. They cannot just keep asking without giving back,” he said.

“Why do they tolerate him? Will they sacrifice the entire establishment just because of one of its officers’ loose lips?” he added.

Lacson said it would be best if Parlade resigned as NTF-ELCAC spokesperson and “focus on fighting insurgency and terrorism in his remaining months in the military service” as it is “not his mandate as a military man to dabble in politics.”

He pointed out that if Parlade has evidence that organizers of some community pantries have ties to rebels, he should have quietly gathered evidence and filed charges first before making accusations in public.

“If he thinks he has basis to charge organizers of the community pantries with rebellion or even terrorism, he should review the appropriate laws and gather evidence, then file the charges,” he said.