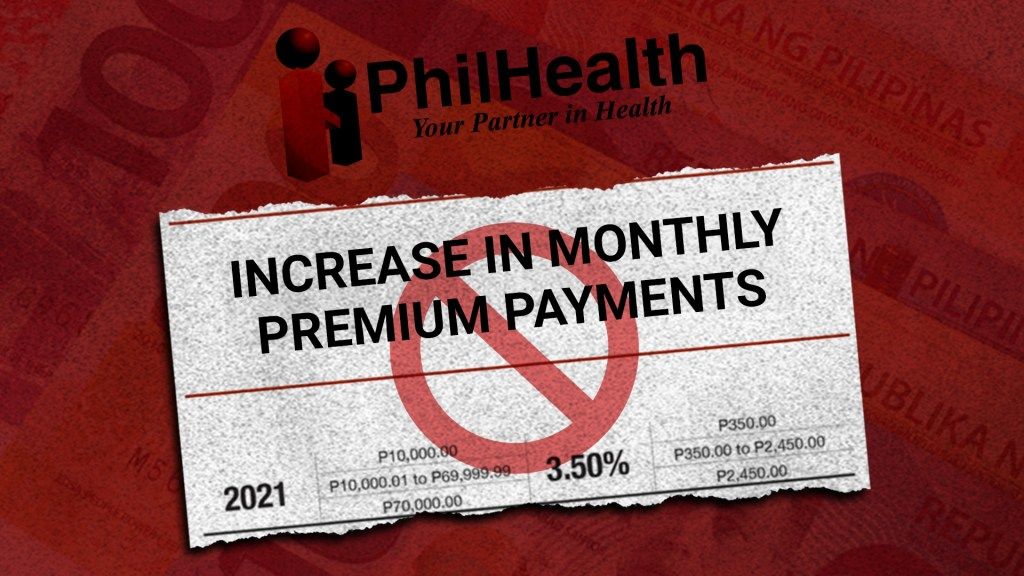 January 5, 2021 - The deferment of the increase in monthly premium payments of Philippine Health Insurance Corp. (PhilHealth) members should allow the state insurer the needed time to rid itself of incompetence and corruption, Sen. Panfilo M. Lacson said Tuesday.

Lacson said the plan to increase premiums for PhilHealth members is very ill-advised especially due to the huge losses it incurred due to the two scourges.

“It is right to defer the premium hike, at least so that it can review its procedures to get rid of corruption and incompetence. Why punish members with higher premiums for the benefit of the corrupt and the incompetent?” he said in an interview on TeleRadyo.

“Hiking the premium for individual members is extremely ill-advised, especially as we have yet to resolve where the money lost to corruption went,” he added.

PhilHealth was to start collecting higher contributions from its paying members this year, in line with the implementation of the Universal Health Care Law.

During the Senate hearings on corruption at PhilHealth that started last August, Lacson showed evidence indicating deep-rooted corruption in PhilHealth due to a “mafia,” which was involved in the twisted implementation of the Interim Reimbursement Mechanism; questionable purchase of ICT equipment; and doctoring of financial statements.

Following the hearings, some key officials of PhilHealth quit their posts while others face charges before the Ombudsman. Former National Bureau of Investigation director Dante Gierran was named president-CEO of the state insurer.

On the other hand, Lacson pushed for the augmentation of at least P8 billion more for the Department of Health to implement the Universal Health Care program via the Health Facilities Enhancement Program (HFEP), which needs at least P13 billion.

“We are doing what we can to contribute to the success of the UHC Act. That said, PhilHealth and the other agencies tasked with implementing it should not contribute to its failure,” Lacson said.