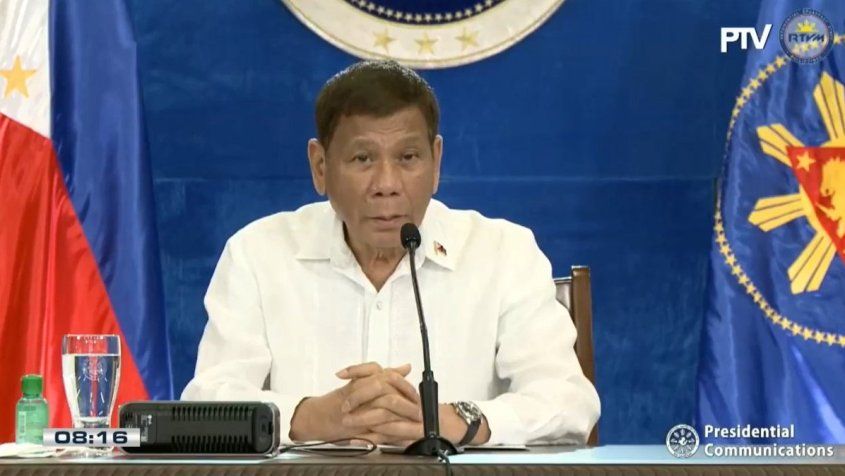 May 11, 2021 - What President Rodrigo Duterte may consider a “joke” could be no laughing matter for Filipinos especially when it involves key issues like our territory in the West Philippine Sea, Sen. Panfilo M. Lacson said Tuesday.

Lacson said this after the President said Monday night that he was only joking when he said during the 2016 campaign that he would ride a jet ski to the Spratlys.

“It’s very hard to read his mind. He may be sending mixed signals such that we don’t know if he’s serious or joking. His spokesperson would say he is joking, but there are times he seems serious in his statements. We don’t know anymore. We have a very big problem in our hands,” Lacson said in an interview on ANC.

“When he addresses the nation, we don’t know when he is joking or serious. Is it up to us to understand which is which? It’s really hard for Filipinos,” he added.

﻿﻿﻿With such confusing statements – including Mr. Duterte’s claim that only stupid people would believe his jet ski claim – Lacson said it is time we learn as an electorate and be more discerning of those running in elections – not only for President but also for other posts, including lawmakers.

In the meantime, Lacson lamented that while Filipinos – including our own armed forces – are confused on the President’s statements, China continues to make incursions into our territory in the West Philippine Sea.

“In the meantime, our fishermen are harassed in our own Exclusive Economic Zone (EEZ). We cannot fish and we’re losing billions and that affects our economy. China has become of late very aggressive to the point they rammed a commercial fishing vessel owned by Filipinos though of course they compensated,” he said.

“We buy galunggong from China but the fish came from our waters. Isn’t it an irony we own the fish we are buying?” he added.

He reiterated it is time the Philippines strengthen its ties with its natural allies such as the United States, Japan, Australia and European countries.

In the case of some European countries, he said they want to ensure there is a balance of power in the WPS, as they fear that if China takes control of the maritime lanes, it would charge fees from passing vessels, including their own.

“Each country works in its own interest. We should take advantage of that, that they have their own national interest to pursue in the WPS,” he said.