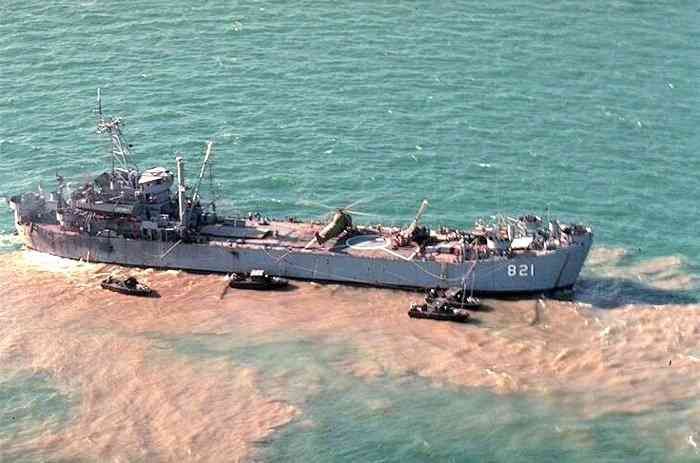 November 25, 2021 - Instead of removing the BRP Sierra Madre from Ayungin Shoal, why not refurbish and reinforce it?

Sen. Panfilo "Ping" M. Lacson stressed this Thursday as he rejected the call of Chinese foreign ministry spokesman Zhao Lijian that the Philippines "honor its commitment" and remove the BRP Sierra Madre from the area.

Also, he said the BRP Sierra Madre, the grounded vessel serving as an outpost of the Philippine Navy in the West Philippine Sea, should be refurbished and reinforced.

"Dapat huwag natin bayaang iusog... Kung kakayanin lagay tayo ng isang barko doon na functioning (We should not allow it to be moved. And if possible, we should even reinforce it with another vessel that is functioning)," he said.

Lacson said this is not the first time China is intruding into the Philippines' territory and exclusive economic zone in the West Philippine Sea.

Despite China violating a gentleman's agreement brokered by the United States, the Philippines won an arbitral victory in 2016 when the Permanent Court of Arbitration ruled that China had no right over the area. Yet, China still dared lay claim over the area, which is 105 nautical miles off Palawan.

Meanwhile, Lacson said he is drafting a Senate resolution to express the Sense of the Senate to condemn the recent actions taken by China in the West Philippine Sea.

He also asked to be a co-author of Senate President Vicente "Tito" Sotto III's Senate Bill 2289, "An Act Declaring the Maritime Zones under the Jurisdiction of the Republic of the Philippines." Sotto expressed his conformity to the move.

Under the bill, the Philippines could exercise sovereignty over its internal waters, archipelagic waters and territorial sea, and the airspace over it as well as its seabed and subsoil in accordance with the United Nations Convention on the Law of the Sea and other existing laws and treaties.

The bill "provides for the needed flexibility in the passage of subsequent laws pertinent to the rights and obligations to which the Philippines is entitled and may exercise over its maritime zones."

Lacson also reiterated his stance to maintain a balance of power in the region while the Philippines works to attain a minimum credible defense posture.

He said this entails accelerating the modernization of the Armed Forces of the Philippines, but the Philippines is spending less than one percent of its budget for this while its neighbors spend more than two percent of their budgets for the purpose.

On the other hand, Lacson said that while the Philippines should still maintain trade relations with China, it should continue to assert its sovereignty and sovereign rights over the exclusive economic zone.