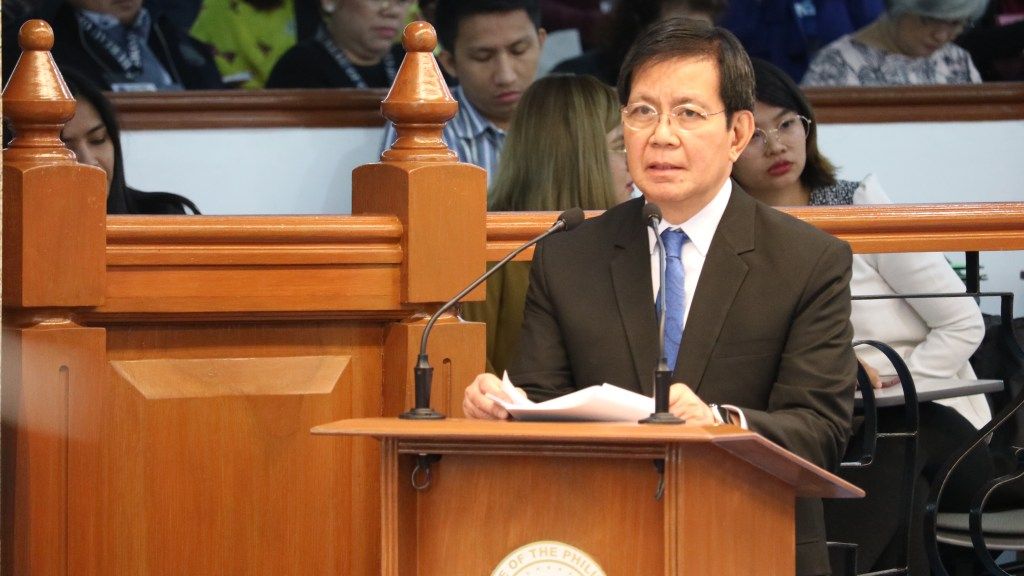 Sen. Panfilo M. Lacson on Thursday sought the restoration of some P4.8 billion to the budget of the Technical Education and Skills Development Authority (TESDA), so it can fulfill its functions for the coming year.

Lacson said that while TESDA’s budget was slashed from P14.676 billion to P9.815 billion supposedly due to its low obligation rate, this was not its fault.

“In 2018 they received the budget from the Commission on Higher Education in September. So there was little time to obligate. That is the reason why they have a very low obligation rate in 2018, only 58 percent,” he said at the budget deliberations for the TESDA.

“I suppose the low obligation rate is the justification for not giving them enough money because they could not absorb the money. But it’s not their own doing. Had they received their portion of the budget earlier, they could have obligated much larger portion of their budget,” he added.

He said documents furnished to him show the TESDA’s situation is “pathetic,” with its scarcity of funds forcing it to serve only 2.7 percent of its potential clientele for the last three years.

Lacson said he is willing to help look for other sources of funding for the TESDA’s 2019 budget.

“I’d like to reiterate my appeal on behalf of TESDA, give back the P4.8 billion,” he said.