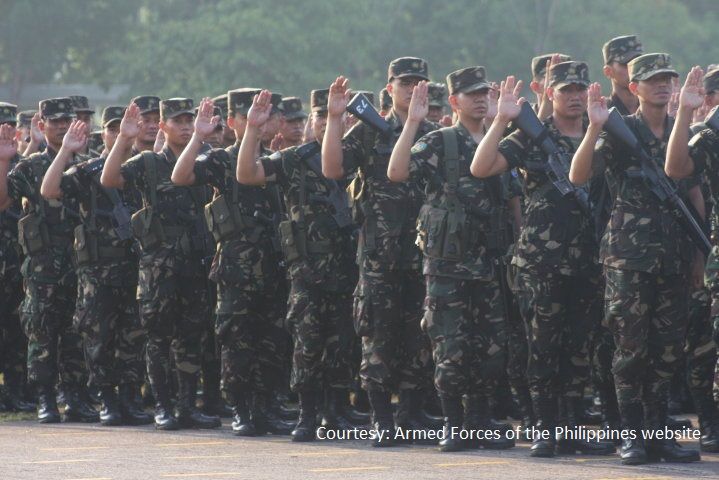 A bill by Sen. Panfilo M. Lacson seeks to upgrade the government’s capabilities against insurgency, terrorism and other threats to national security via several measures, including streamlining the procurement process for defense equipment and prohibiting the sale of strategic defense real properties.

In Senate Bill 1734, Lacson pushed for a stronger defense department that will implement a more credible national defense system to address inside and outside threats.

“This bill is envisioned to update national defense policies, principles and concepts, to institutionalize needed improvements and to codify various laws on national defense, the Armed Forces of the Philippines (AFP) and the civilian bureaus, with the end in view of streamlining and further professionalizing our country’s defense establishment,” he said.

Under the bill, the sale of strategic defense real properties is prohibited, unless recommended by the Defense Secretary and approved by the President with the consent of Congress.

Income from the lease or development of defense real estate shall be remitted only to the AFP Modernization Act Trust Fund.

Also, the bill exempts from the Government Procurement Law the acquisition by the AFP of special defense equipment.

This is upon prior approval by the President; or when the Defense Secretary determined that the country’s interests shall be protected by negotiating directly with a local or foreign supplier, “provided that such procurement contract shall be covered by a performance security.”

It also exempts from import and other licenses the acquisition of defense materiel by the Department of National Defense.

On the other hand, the bill allows the DND to accept donations, contributions and grants for its functions. But donations from foreign governments or persons shall be subject to existing laws.

SND in chain of command, WAC and warrant officers

Meanwhile, the bill includes the Secretary of National Defense (SND) in the chain of command. The President will exercise authority over the Armed Forces of the Philippines via the SND, then AFP Chief of Staff. However, the President can still issue orders directly to the AFP.

Also, the Women’s Auxiliary Corps and the Technical and Administrative Service will be integrated into the AFP Component Services under Lacson’s bill.

The bill establishes Warrant Officers in the AFP. These will include highly technical experts, combat leaders, trainers and advisors who specialize in a specific technical area.

The bill also provides for a two-year mandatory service to be rendered by Filipinos, both natural-born and naturalized.