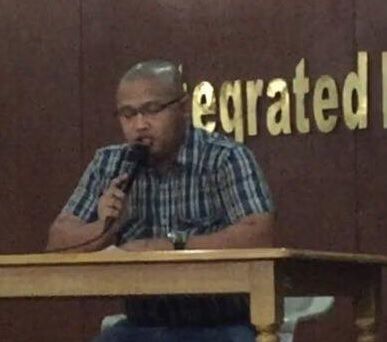 The Senate Committee on Public Order and Dangerous Drugs may hold a hearing on the claims made by “Bikoy” as early as within this week, but only if he personally presents his sworn statement and evidence to support his accusations.

Sen. Panfilo M. Lacson, who chairs the panel, said this in a post on his Twitter account Tuesday, as he noted “Bikoy” has become a political – if not an election – issue.

Lacson indicated one of the goals of the hearing would be to bolster proposed legislation providing heavier penalties against perjury, especially before congressional investigations.

“Like it or not, Bikoy has become a political, if not an election issue. The Senate Committee on Public Order and Dangerous Drugs can schedule a hearing this week on one condition: Bikoy must personally present a sworn statement and his evidence to support his accusations,” he said.

An early hearing would provide the public a chance to see for themselves if the claims made by “Bikoy” have basis, Lacson said.

“In fairness to those ‘Bikoy’ linked to the drug trade, the hearing will allow the public to observe his demeanor and determine if his claims are true. And if his claims have basis, it will allow voters to reject those involved,” he said in an interview on DZMM radio.

He added “Bikoy” must provide documents to support his claims, for evaluation by his committee.

In an interview on DZBB on Sunday, Lacson said only “Bikoy” – the hooded figure who appeared in a series of online videos linking members of the First Family to the drug trade – can substantiate such claims. He said that while the Senate is willing to “accommodate” “Bikoy’s” accusations, it has to determine if such allegations have basis.

On Monday, one Peter Joemel Advincula, claiming to be “Bikoy,” appeared at the Integrated Bar of the Philippines where he read a statement before the media.

“I filed Senate Bill 253 to protect innocent people from being wrongly jailed or having their reputations suffer because of lying witnesses,” said Lacson, who himself had suffered from lying witnesses in the past.

Under his bill, which is pending before the Justice and Human Rights Committee, any person who shall give false testimony in any criminal case shall suffer the same penalty for the crime the defendant is being accused of.

A public officer or employee who orders such false testimony may suffer such penalty in its maximum period, along with a fine of up to P1 million, and perpetual absolute disqualification from holding any government position.