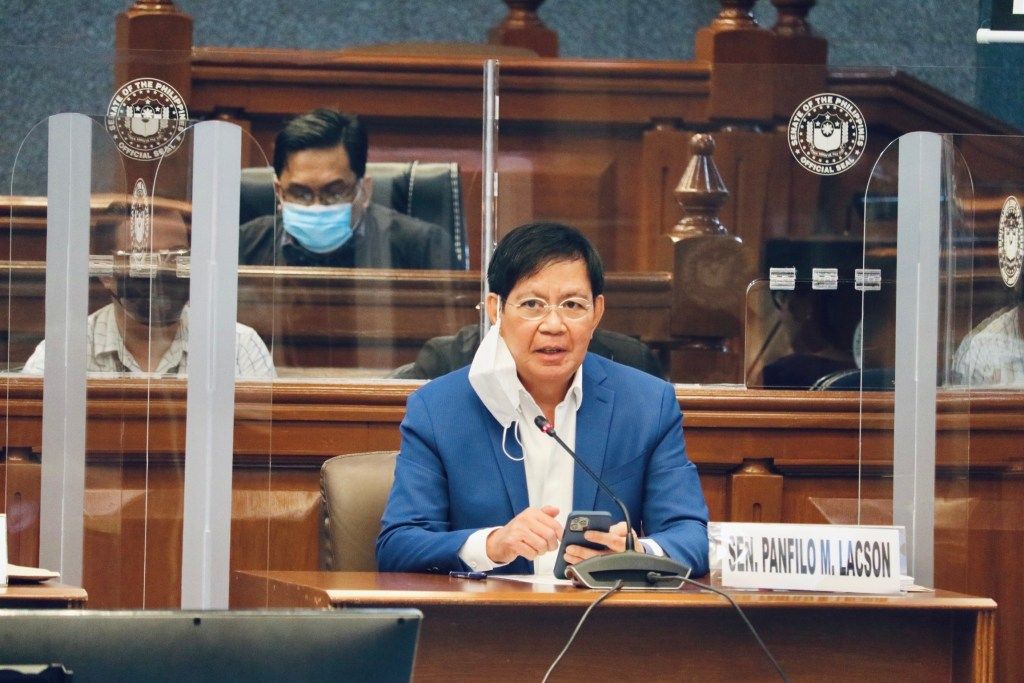 Lacson made the call during the third hearing of the Senate, convening as a Committee of the Whole, on the government’s vaccination program.

“This is critical because there are many associations abroad that may donate vaccines to their sister cities in the Philippines. Would it not be more practical to ensure the goods reach the intended recipients directly under strict supervision and guidance by health authorities, instead of coursing the goods through the Department of Health and having the DOH distribute them?” he said.

“Besides, many local government units like Baguio City already have their own cold storage facilities for the vaccines, as their local leaders had the foresight to act accordingly. Allowing such donated vaccines to go directly to the LGUs instead of having to go through the logistical requirements of the DOH and Inter-Agency Task Force on COVID-19 would also avoid the prospect of double handling and additional costs,” he added.

﻿﻿﻿Lacson pointed out the pandemic involves an emergency where authorities cannot afford to have vaccines go through the bureaucratic processes.

“Ang purpose ng tanong ko, baka may paraan tayong ayusin natin ang sa halip na iikot pa, idiretso na (The point of my question is that we should find ways to simplify instead of complicate things),” he said.

Vaccine czar Carlito Galvez Jr. thanked Lacson for the recommendation, adding they “saw some of the gaps” in the procedures.

Galvez said they are open to the idea, particularly of allowing the vaccines to be brought directly to the LGUs to avoid double handling.

“Tama kayo, Sir. Yan din ang gagawin namin. Kaya magkakaroon ng time and motion rehearsal para in case capable ang LGU, pwede idiretso para wala nang double handling (You are right, Sir. That is what we will do. We will have a time and motion rehearsal so we can allow donated vaccines to go directly to the LGUs so we don’t have to have double handling),” Galvez told Lacson.