Lacson, Sotto: We Have Enough Funds to Achieve Herd Immunity for 2021 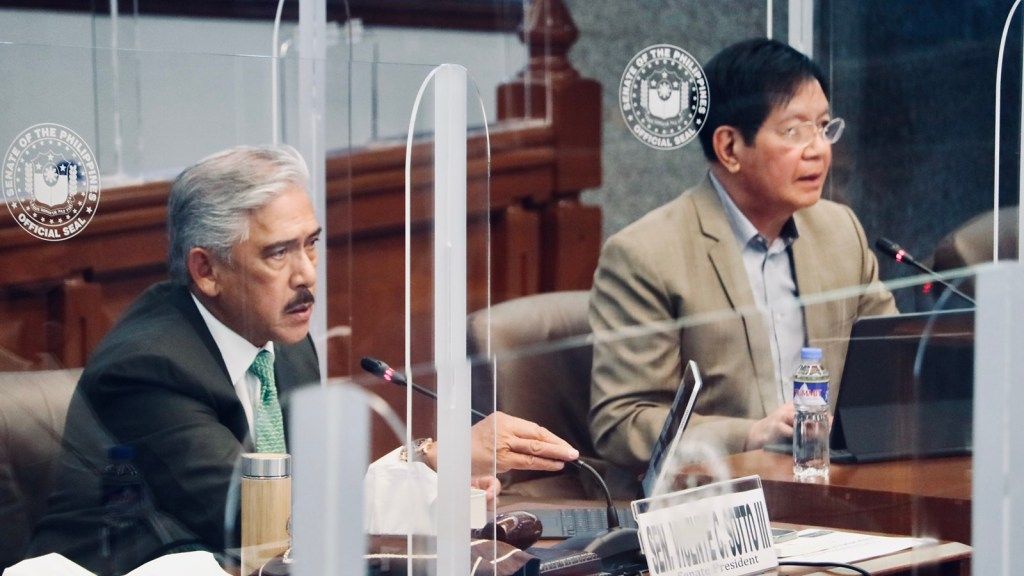 June 15, 2021 - The government has more than enough funds to achieve herd immunity at least for this year, and should focus more on ensuring the efficient rollout of COVID vaccines, Sen. Panfilo M. Lacson said Tuesday.

“At P446 per dose including logistical costs, we will need P52.3 billion. We have already secured P57.3 billion through borrowings, so we have a surplus of P5 billion for herd immunity,” Lacson said during the Senate Committee of the Whole’s hearing on the national COVID-19 vaccination program.

“So money is not the problem here. Ang kailangan na lang dito maka-procure ng vaccines at may rollout (We just need to focus more on procuring the vaccines and rolling them out),” he added.

For his part, Senate President Vicente Sotto III agreed: “The bottom line is the rollout.”

﻿﻿﻿Lacson said that to achieve herd immunity, the government would need P52.343 billion to procure 117,361,601 target doses at P446 per dose, including logistical costs.

During the hearing, vaccine czar Carlito Galvez Jr. had said the Philippines is to get 68 million free doses, including 44 million from the COVAX facility and 24 million from two brands.

As such, Lacson noted the government would need to pay only for 49 million doses to achieve herd immunity, and 99.6 million doses for the target population.

On the other hand, Lacson said the P20 billion to P25 billion being sought for the inoculation of Filipinos aged 12 to 15 will be for 2022.

“So you don’t need any money for achieving herd immunity at least in 2021,” he said.