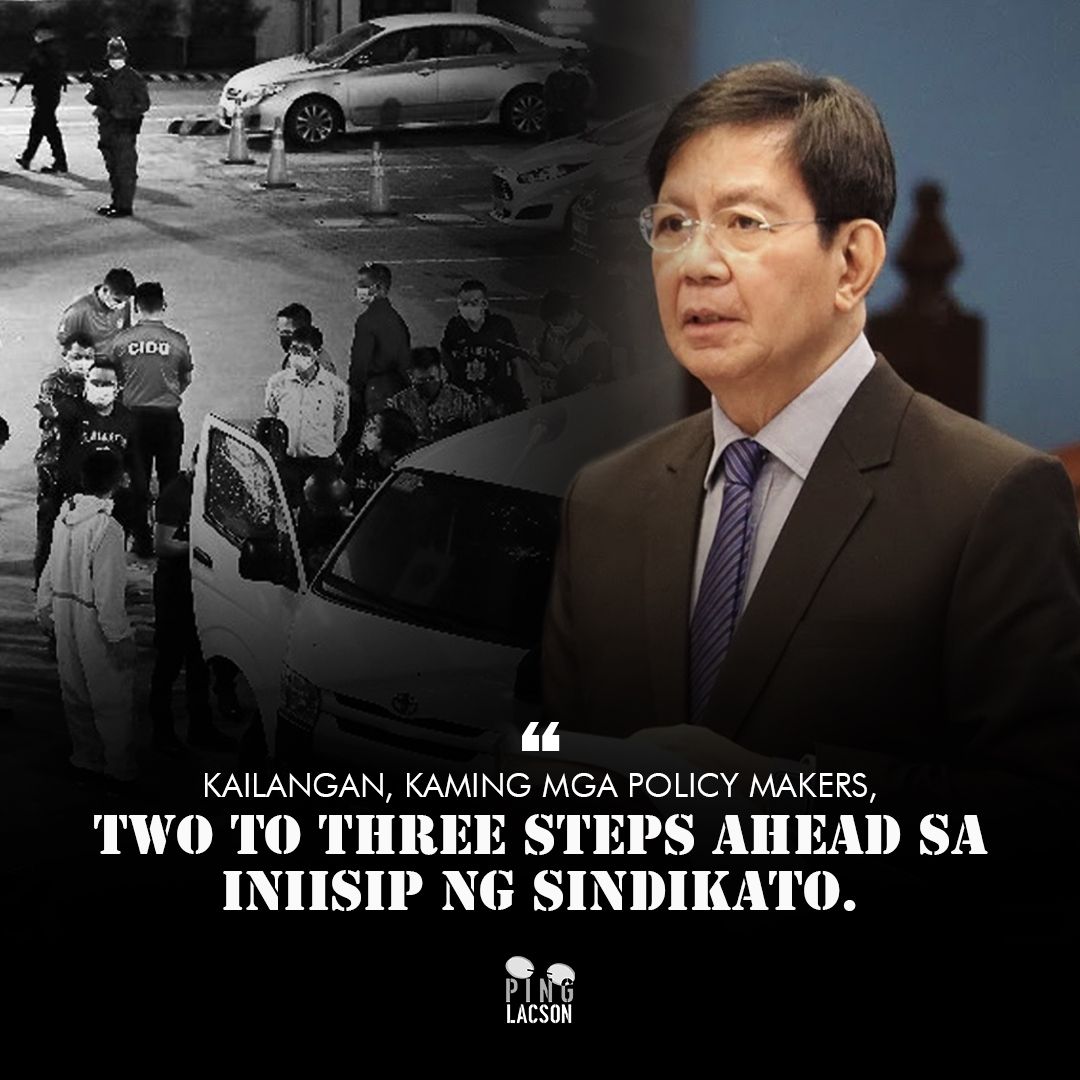 Lacson said one such adjustment would involve the PDEA “overseeing” anti-drug operations and focusing on intelligence work, and leaving the assault operations to specially trained police personnel.

“We have to resolve the trust issue between the PNP and PDEA. But it would be better if the PDEA acted as overseer in anti-drug operations, and focus on intelligence-gathering, whether it is technical or human intelligence,” he said in an interview on DZBB radio.

“In other countries, the output of intelligence work is shared with specially trained police units, with one or two PDEA operatives accompanying or ‘guiding’ the police force in the operation. That is the ideal situation where coordination is smooth and tight. The last thing we need is the reluctance of our agencies to work together because of what happened,” he added.

Lacson, who headed the PNP from 1999 to 2001, noted this setup is used in the United States where representatives from the US Drug Enforcement Agency “oversees” or “guides” specially-trained police forces in the assault.

He added that such policy adjustments are needed for the government to keep two to three steps ahead of drug syndicates, especially to address the possibility that such syndicates manipulate “informants” to mislead government forces into fighting each other.

Lacson also voiced support for Senate Bill 3 of Senate President Vicente C. Sotto III, which – among others – creates the Presidential Drug Enforcement Authority as the supervising agency for the proper, more effective and efficient implementation of the Comprehensive Dangerous Drugs Act of 2002. The proposed agency will also absorb the policy-making and strategy-formulating functions of the Dangerous Drugs Board.

Meanwhile, Lacson said those found liable for Wednesday’s incident should not just be relieved but be slapped with administrative and criminal charges due to the deaths of the law operatives involved.

“Napakalungkot at hindi dapat maulit ang pangyayari (What happened was very sad and should not be allowed to happen again),” he said.

“Sad to say, the government’s anti-drug efforts have not succeeded. Otherwise, we would have made a big dent in the operations of drug syndicates. This is shown by the mere fact that shabu is still being sold and so many drug addicts are roaming the streets,” he added.