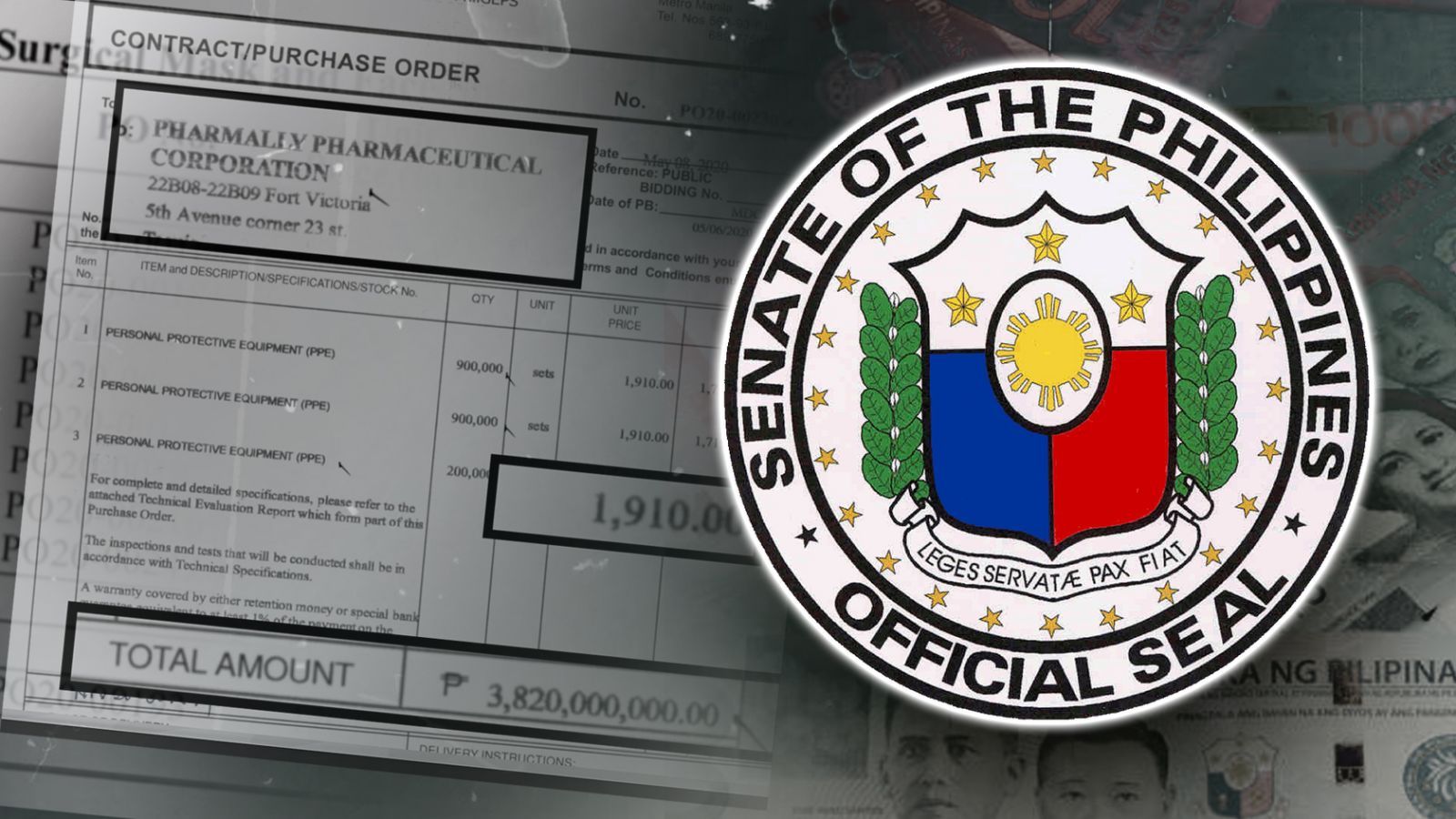 September 18, 2021 - Sen. Panfilo M. Lacson on Saturday reaffirmed his full support behind the Senate continuing its investigation into irregularities in the government's procurement of medical supplies to address the COVID-19 pandemic - even as he expects one hearing is not enough to complete the probe.

Lacson said the investigation is not targeting President Rodrigo Duterte or any other personality, but aims to get to the bottom of the corruption hounding the P42-billion transfer of funds from the Department of Health to the Department of Budget and Management Procurement Service.

"Ang concern namin ay ang issues na lumalabas. Kaya sabi ko basta tungkol sa inquiry, sinusuportahan namin nang lubos ang chairman ng Blue Ribbon Committee (Our concern revolves around the issue of corruption. That is why I said that as far as the inquiry looking into irregularities, we support the chairman of the Blue Ribbon Committee)," he said in an interview on DWIZ radio.

He said some of the most recent findings, including the purchase by Pharmally executives of expensive vehicles after bagging contracts with the government, may be considered circumstantial evidence.

"Yan pag pinagtagpi-tagpi mo may overprice. Kung wala, wala silang pambili ng sasakyan agad-agad (If you piece together the circumstances, there are signs of overprice. Otherwise, they would not have money to buy such expensive vehicles)," he added.

On the other hand, Lacson said one more hearing may not be enough to finish the investigation. The Blue Ribbon panel has scheduled another hearing for Tuesday, Sept. 21.

Lacson also debunked insinuations that politics is behind the investigation, saying the Senate has already been investigating irregularities in various issues in aid of legislation.

He belied as well claims that the Commission on Audit already clarified there is no corruption in the procurement, saying the COA's mandate is to audit and not investigate possible corruption.

Meanwhile, Lacson reiterated that the Executive Department should be one with the Senate in going after corruption, saying the Senate probe is not after any particular person but is after corruption - which the President himself said he wants to eradicate.

"Hindi ito namumuntirya ng kung sinong tao. Ang pinupuntirya rito misuse ng public funds. After all isa lang sinisigaw natin, lahat tayo ngayon anti-corruption na (The investigation is targeting not personalities but the issue of corruption. After all, we are all after the same thing - to be anti-corruption)," he said.