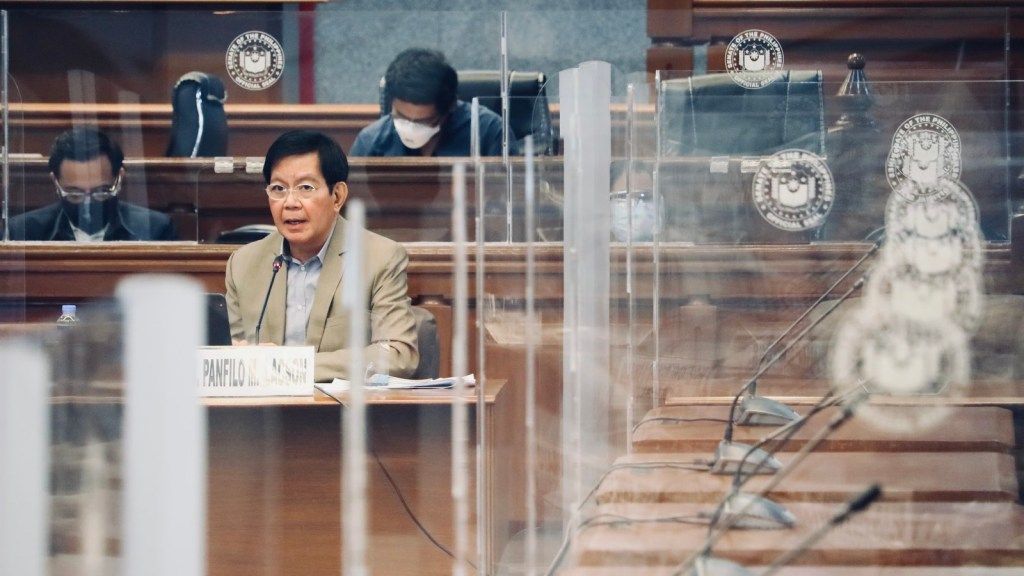 June 17, 2021 - Small adjustments by the Inter-Agency Task Force for the Management of Emerging Infectious Diseases (IATF) in implementing health protocols can be a big help to our balikbayans and returning overseas Filipino workers (OFWs).

This is because balikbayans have had to spend thousands of pesos and suffer much inconvenience including several days’ “quarantine” at a hotel, Sen. Panfilo M. Lacson and Senate President Vicente C. Sotto III said.

“Find the middle ground. We cannot be too stiff, too stringent. May occasion dapat na flexible tayo (There are times we should be flexible),” Lacson said at the hearing of the Senate Committee of the Whole on the government’s COVID-19 vaccination program Tuesday.

﻿﻿﻿﻿Lacson cited the case of an office employee who returned from abroad earlier this year, but was told to spend six nights at a hotel where many other balikbayans were quarantined, at P10,000 per room per night. Yet, Lacson said the employee could have been safer at home undergoing isolation.

“You can just imagine what an ordinary employee returning to the Philippines has to go through. More than the inconvenience, he or she has to spend for hotel accommodations, swab tests, and related items,” he said.

In contrast, Lacson cited the flexibility showed by the Cebu provincial government, which implemented its own rules for testing and quarantining returning Cebu residents, including allowing returning residents to go home as soon as negative results come out – thus saving them from inconvenience and heavy financial burden.

On the other hand, Sotto noted that while the Overseas Workers Welfare Administration (OWWA) would shoulder the quarantine costs of returning OFWs, OWWA funds may use contributions from OFWs.