Lacson to PDEA, DDB: Refocus your efforts vs ‘big fish’ 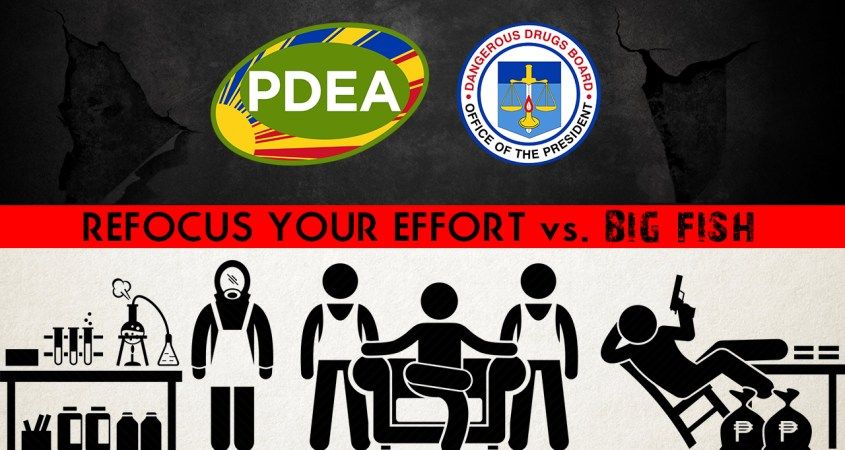 With law enforcers proving themselves capable of going after street peddlers, it is high time for the Philippine Drug Enforcement Agency and Dangerous Drugs Board to go after the so-called big fish.

Sen. Panfilo M. Lacson stressed this on Tuesday as he cited the need for stricter coordination at the upper levels against the entry of illegal drugs into the country.

“You have to refocus because the police are now capable of going after street peddlers. You have to concentrate on those at the higher levels,” he said at the Senate hearing on the budgets of the two agencies for 2019.

He added illegal drugs slip past the Bureau of Customs from time to time, and find their way into the hands of drug peddlers, many of whom mix them with candy or deodorizer to maximize their profits.

The PDEA is the specialized agency implementing the government’s efforts against illegal drugs, while the DDB is the policy-making body.

Under the National Expenditure Program, the PDEA is to get P1.979 billion, while the DDB is to get P258.324 million for 2019. The PDEA has asked for an additional budget of P2.58 billion for next year.

Meanwhile, Lacson also told the PDEA to address issues in its custody of illegal drugs that had been seized and are being kept as evidence in court cases.

He said the weakness in the chain of custody had resulted in technicalities that lead to the dismissal of cases.

Presently, the PDEA has some P9.7 billion worth of seized illegal drugs in its custody.