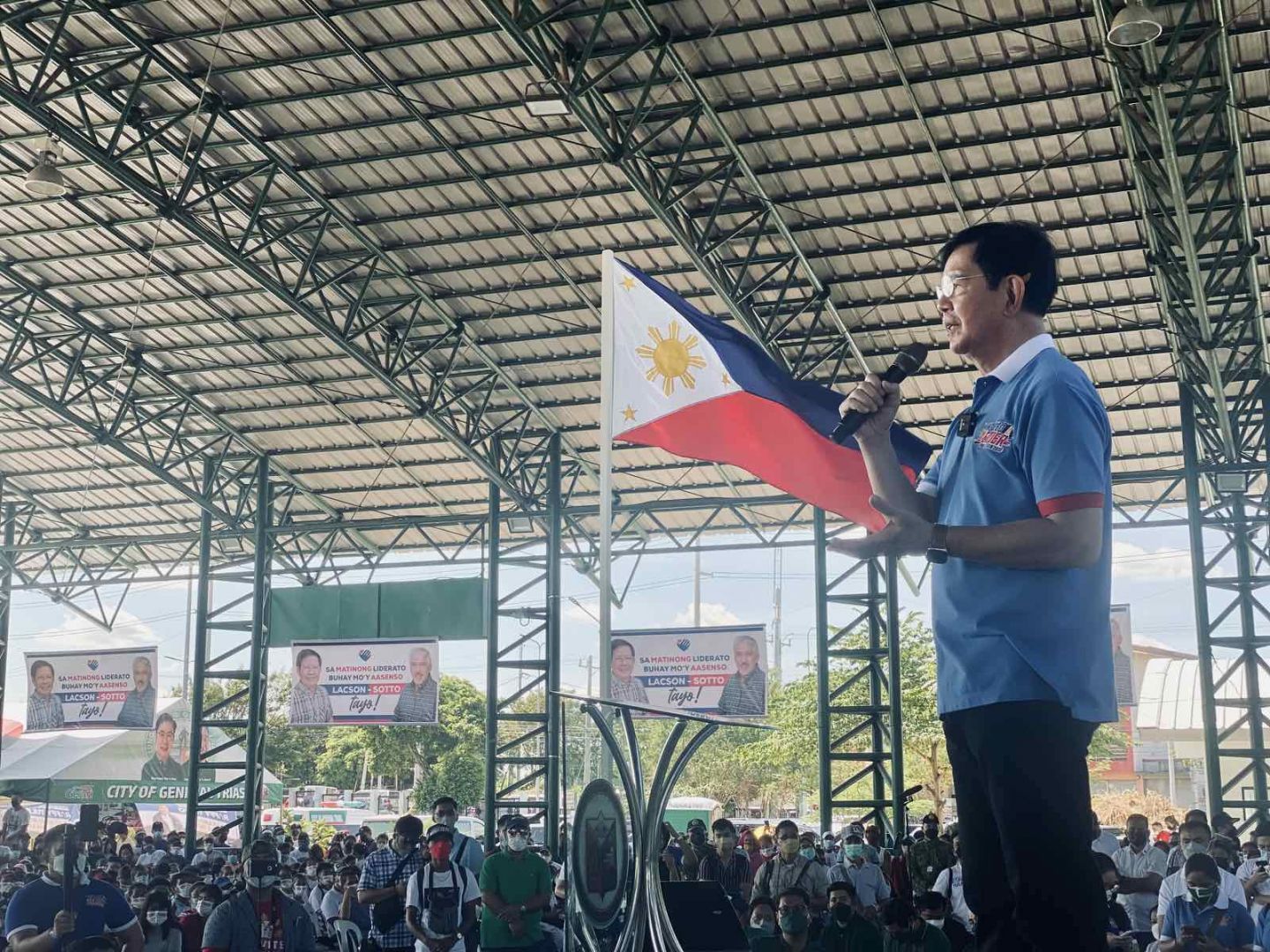 With these words, Sen. Panfilo "Ping" M. Lacson passed to his senatorial bets the torch of being the watchdog of the national budget - a title he earned during his Senate days.

Lacson said the task of making sure the public's funds are used properly has never become more important as now, with a pandemic affecting the economy and a national debt threatening to reach P13.42 trillion by June 2022.

"I hope you carry the torch. Ang ating national budget, kaban ng bayan ito, lifeblood ng ating economy, lifeblood ng ating bansa, lifeblood ng bawa't isa sa atin. Pag pinabayaan natin, hindi lang tayo - ang anak natin at maging apo natin, yan ang tatamaan. Ngayon pa lang dapat magising tayo sa katotohanan ang national budget na galing sa buwis (I hope you carry the torch. Our national budget is the nation's lifeblood. If we allow the budget to fall prey to corruption and incompetence, it is not only us who will suffer but also our children and grandchildren. This early we should wake up to the problem because the budget is funded by our own taxes)," he told senatorial candidates Raffy Tulfo, Guillermo Eleazar and Minguita Padilla.

"Hindi ko kayo dini-discourage. Mas mabuti manalo kayo para ituloy nyo (I am not discouraging you but it is better that you win so you can carry on my fight)," he added.

During his terms as senator from 2001-2013 and 2016-2022, Lacson has been an eagle-eyed watchdog of the budget, flagging questionable appropriations and making sure they are realigned to crucial programs, activities and projects.

Eleazar and Padilla, like Lacson, are running under Partido Reporma while Tulfo is a guest candidate of the Lacson-Sotto tandem. They accompanied him in his visit to Cavite Friday along with Senate President Vicente "Tito" Sotto III, who is running for Vice President under the Nationalist People's Coalition.

Lacson lamented that with the national debt threatening to reach P13.42 trillion by next June, each of the country's 111 million Filipinos - even newborns - now owes P121,000.

The Lacson-Sotto tandem and the senatorial candidates received a warm welcome from residents here and in Tanza, Cavite. They met with local officials and with members of local Tricycle Operators and Drivers Associations (TODAs).