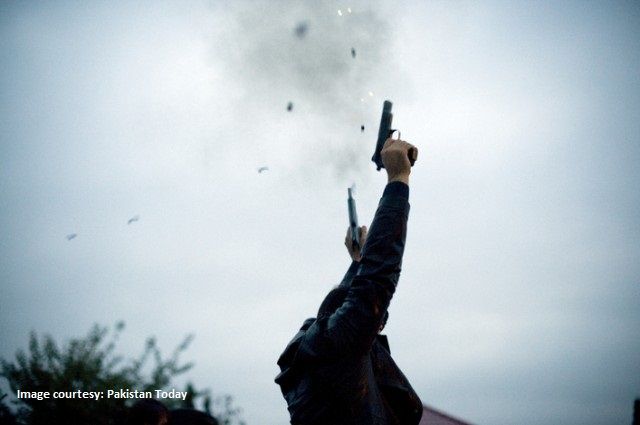 No less than a quick boot will do for at least seven trigger-happy policemen who were caught firing their guns during the holiday season, Sen. Panfilo M. Lacson said.

Lacson, who went hard after rogue cops when he headed the Philippine National Police from 1999 to 2001, said these cops are “scumbags” who showed no regard for life.

“What if someone got hit and died, or paralyzed? Damn these scumbags! They have no purpose in life, really. Give them the boot ASAP, Chief,” he said in a post on his Twitter account Tuesday evening.

He also stressed the need for the PNP to sustain its internal cleansing efforts, pointing out that rogue cops “do not deserve to stay a minute longer in the police service.”

Albayalde said the 23 gun holders were involved in 26 reported incidents of illegal discharge of firearms in revelry.

Other than the seven policemen, also arrested were two government officials, one AFP serviceman, 10 civilians, two security guards, and one law enforcement agent, the PNP said.

Earlier, Lacson deplored the abuses committed by some PNP personnel amid an unprecedented salary hike for military and uniformed personnel, in compliance with Joint Resolution No. 1.

With such benefits, he said “there is every reason for right-thinking police officers to love and secure their profession, not to mention to be motivated enough to show a debt of gratitude to their Commander-in-Chief who made an almost impossible legislation to pass.”