Lacson Trusts Divine Plan in His Pursuits in Life 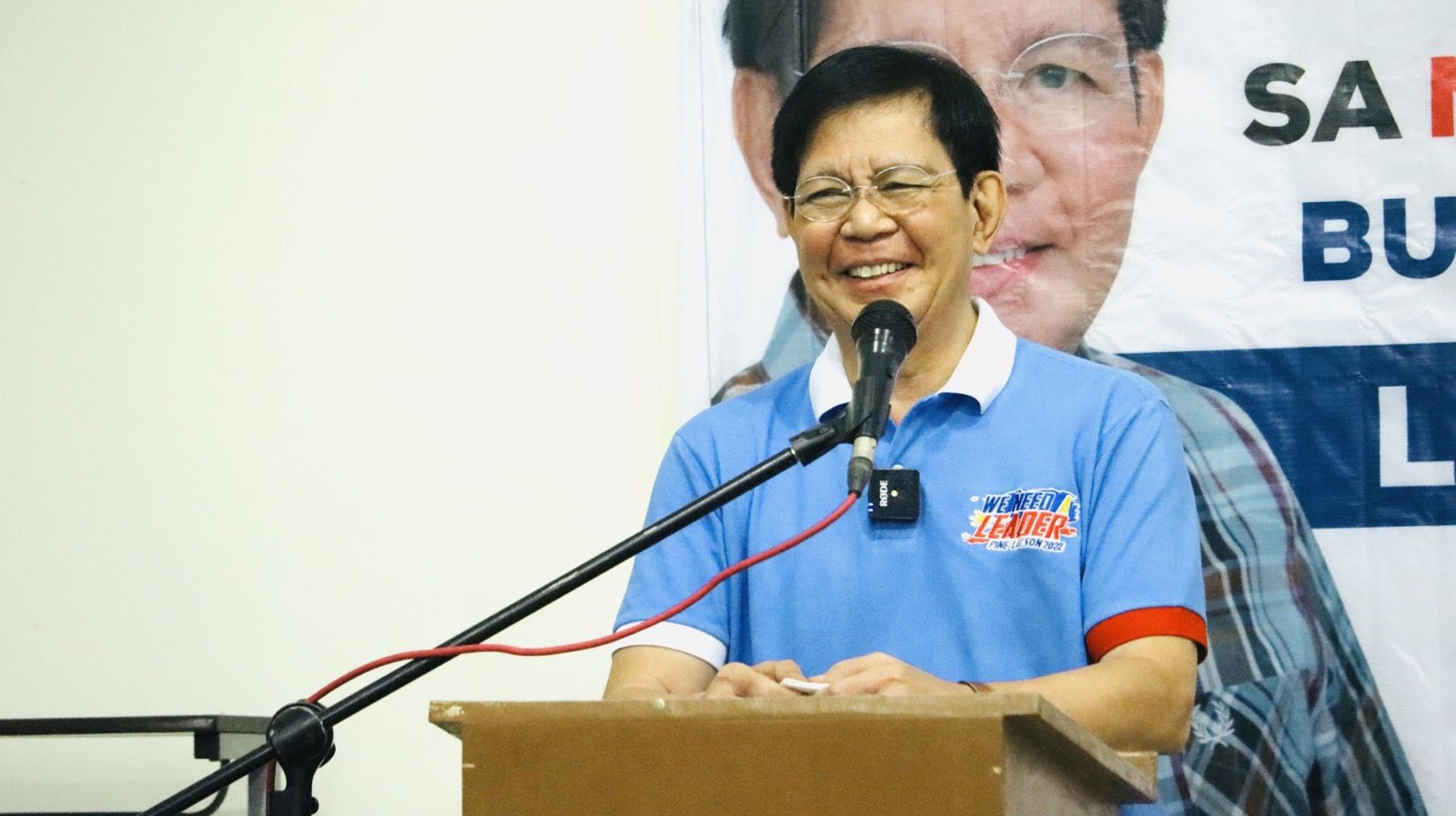 Lacson, who is running for President under Partido Reporma, recalled before local officials of Cavite, as well as members and officers of local Tricycle Operators and Drivers Associations (TODAs) in General Trias City, a childhood experience that reminded him of God.

He said that when he was five or six years old, while visiting his maternal grandparents in General Trias, he was swimming in a local river when he felt he was drowning, as he did not know how to swim then.

As he hovered between life and death, he said, he vividly saw and heard the angels singing in the blue sky - before his cousin saved his life by getting a tree branch for him to hang on to.

"Pag tingala ko sa langit—dahil lubog-lutang e, talagang lunod, hindi marunong lumangoy e — alam niyo ang nakita at narinig ko? Mga anghel na nagkakantahan (When I looked up to the sky while I was bobbing up and down in the water, not knowing how to swim, do you know what I saw and heard? Angels singing)," he said.

"Pero simula noon, ewan ko, parang milagro — natuto akong lumangoy. Pagbalik ko sa ilog, marunong na akong lumangoy, at hindi lang langoy—sumisisid pa (Since then, it was like a miracle because I learned to swim. When I returned to the river, I even knew how to dive)," he added.

Lacson also noted the unique trajectory of his public life where he was forced to resign from the Philippine National Police in 2001 - due to the events of EDSA II that ousted then President Joseph Estrada. At the time, he was not due to retire until his four-year term as Chief PNP would have ended on Nov. 16, 2003.

"Lahat dine-design sa itaas, dine-design ng Diyos. Kayo siguro may karanasan sa buhay na hindi nyo sukat akalain... May hindi natin pinlano pero nangyari (Everything is designed by the One Above, designed by God. I am sure you also have your own experiences where things did not go according to your plan)," he said.

Sotto, who is running for Vice President under the Nationalist People's Coalition, said what happened showed that God has plans for Lacson.

"Talagang ang Panginoon binigyan siya ng mas mahabang buhay (God indeed gave Ping a longer life)," he said, noting Lacson is now in a position to solve the nation's problems including peace and order, economy, agriculture, and the effects of the pandemic.

In Cavite, they also met with local officials and TODAs in Tanza, and paid a courtesy visit to Imus Bishop Rey Evangelista.