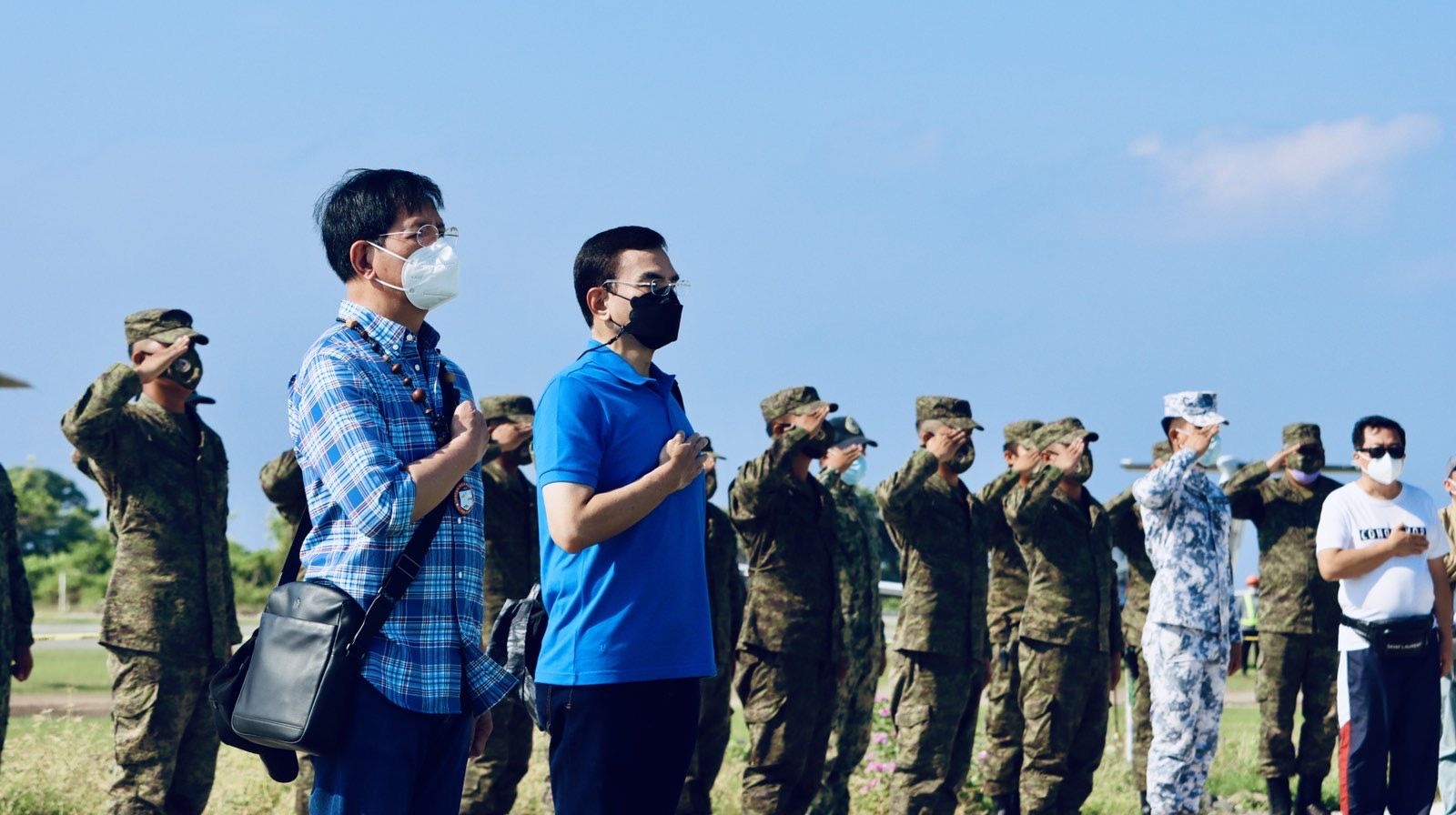 On this note, Sen. Panfilo "Ping" M. Lacson expressed his sentiment as he took the flight to Pag-asa Island last Saturday.

"Being radio challenged by a Chinese Coast Guard vessel stationed more than three nautical miles off the coast of Pag-asa, I never considered backing out. Aside from the possibility of being fired at being remote, this is my country, not theirs. They had no right. That was my mindset," he said on his Twitter account Sunday evening.

He said the challenge from one of the Chinese Coast Guard vessels occurred as they were approaching the airstrip in the island.

Also, Lacson recalled that as they landed at the airstrip at Pag-asa Island, he read a text message saying "Welcome to China," which he said was unusual. Only a few days earlier, Chinese Coast Guard vessels blocked and fired water cannons at two Philippine vessels transporting supplies to military personnel in Ayungin Shoal.

Lacson, who chairs the Senate Committee on National Defense and Security, reiterated the need for balance of power in the West Philippine Sea to allow the Philippines to exercise its sovereign rights over its exclusive economic zone (EEZ).

During his visit to Pag-asa Island Saturday, Lacson led a flag-raising ceremony and planted three Philippine flags. He also had a dialogue with the residents and the Armed Forces of the Philippines personnel stationed in the island to get their views on the West Philippine Sea issue.

"Today, I planted our country’s flag with our patriotic soldiers in Pag-asa Island, municipality of Kalayaan in the West Philippines Sea in front of the Chinese Coast Guard ships more than 3 nautical miles away," Lacson said on his Twitter account late Saturday.

Lacson noted the incident last Nov. 16 is "totally unacceptable, even pathetic, on the part of our people involved in the resupply mission to Ayungin Shoal."