Letters to the Editor 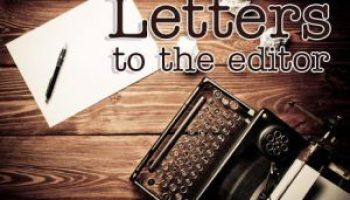 To the Manila Standard: Please allow us to set the record straight regarding the baseless and malicious attacks made by Rod Kapunan in his column in the June 12, 2021 issue of the Manila Standard, where he accused Sen. Panfilo M. Lacson of – among other things – imposing conditions on other people and parties including the 1Sambayan coalition, while in pursuit of his political plans for 2022.

Please allow us to set the record straight regarding the baseless and malicious attacks made by Rod Kapunan in his column in the June 12, 2021 issue of the Manila Standard, where he accused Sen. Panfilo M. Lacson of – among other things – imposing conditions on other people and parties including the 1Sambayan coalition, while in pursuit of his political plans for 2022.

First, Sen. Lacson is still in the process of holding consultations with experts in various fields to determine if he can offer solutions to deal with the humongous problems besetting the country. After all, the real hard work comes not in the campaign, but after it. How, then, can he impose conditions as Kapunan claims in his column?

To Sen. Lacson, deciding to run for the presidency is not about prestige or being part of history. What is important is to ask yourself if you can find solutions – short-, middle-, and long-term – to the country’s problems.

Second, Sen. Lacson respectfully declined the invitation of 1Sambayan to its June 19 forum and to its invitation as a possible candidate, because of his personal and political convictions that he has consistently and unwaveringly adhered to.

In his letter reply to 1Sambayan, Sen. Lacson said his attendance at its forum could be seen as a lack of propriety, in light of the pronouncements of former Associate Justice Antonio Carpio last March that suggested the Senator’s representation will be a “stumbling block” on the group’s political endorsements.

Former Justice Carpio, in his interview on ABS-CBN News Channel last March 24, had said it would be “inconsistent” and “incongruous” for the group, with him as lead convenor, to endorse or be identified with somebody who is one of the authors and the principal sponsor of the Anti-Terrorism Law. If Kapunan still does not know it yet, many of those opposing the law are identified with 1Sambayan.

And while former Justice Carpio also said in the same TV interview that he has “no problem” with Sen. Lacson running for reelection as senator in 2022, Sen. Lacson has pointed out that he “could not possibly reconcile how such would be the case if it has been publicly disclosed by the former Associate Justice that his misgivings are anchored on this representation’s stand in earnestly sponsoring a measure in the exercise of my sworn duty as one of the elected lawmakers of the land.”

How Kapunan concluded to accuse Sen. Lacson of imposing the conditions on 1Sambayan while failing to see how ex-Justice Carpio had imposed on the Senator which position he should consider is thus beyond comprehension by any sound-thinking person. In fact, that is the height of journalistic malevolence that does not deserve publication – whether print or online – even in the least significant space of a respectable newspaper like the Manila Standard.

If Kapunan does not know it yet, there is such a thing as conviction politics – siding with what is right, not with any political party or entity – not even the parties that dominate the conversation usually with the use of troll farms. This is the type of politics that Sen. Lacson adheres to, and not the so-called “entertainment politics.”

That said, it is not only sad but pathetic that one who is paid to write a column for this prestigious paper would submit something that is in dire need of fact-checking at best, or an outright black propaganda piece at worst. One thing is for sure: if Kapunan decided to retire from column-writing, we would not be surprised if he had a new career in a troll farm – that is, if he has not already started.

Nevertheless, we hope this letter will clear the issue and enlighten the minds of your readers regarding the claims of Kapunan – whose column shows he is the one full of antipathy and illogic after all.