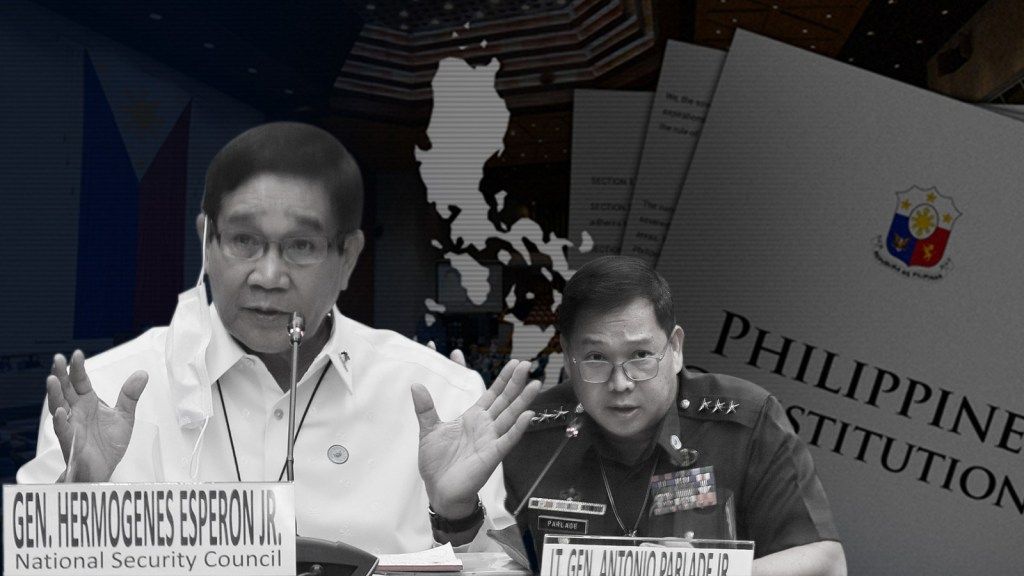 April 29, 2021 - NTF-ELCAC vice chairperson Sec. Hermogenes Esperon Jr. should just read Article XVI, Sec 5, paragraph 4 of the 1987 Constitution when he decides on the fate of Lt. Gen. Antonio Parlade Jr. as NTF-ELCAC spokesperson. He may not even need one week to review.

The said provision in the Constitution is clear: “No member of the armed forces in the active service shall, at any time, be appointed or designated in any capacity to a civilian position in the Government, including government-owned or controlled corporations or any of their subsidiaries.”

As such, Sec. Esperon and Malacañang’s legal staff can simply ask themselves the question: is NTF-ELCAC a civilian office or a unit of the AFP?

Meanwhile, Art. XVI, Sec. 3 of the Constitution also decrees that the armed forces shall be insulated from partisan politics. As such, “no member of the military shall engage, directly or indirectly, in any partisan political activity, except to vote.”