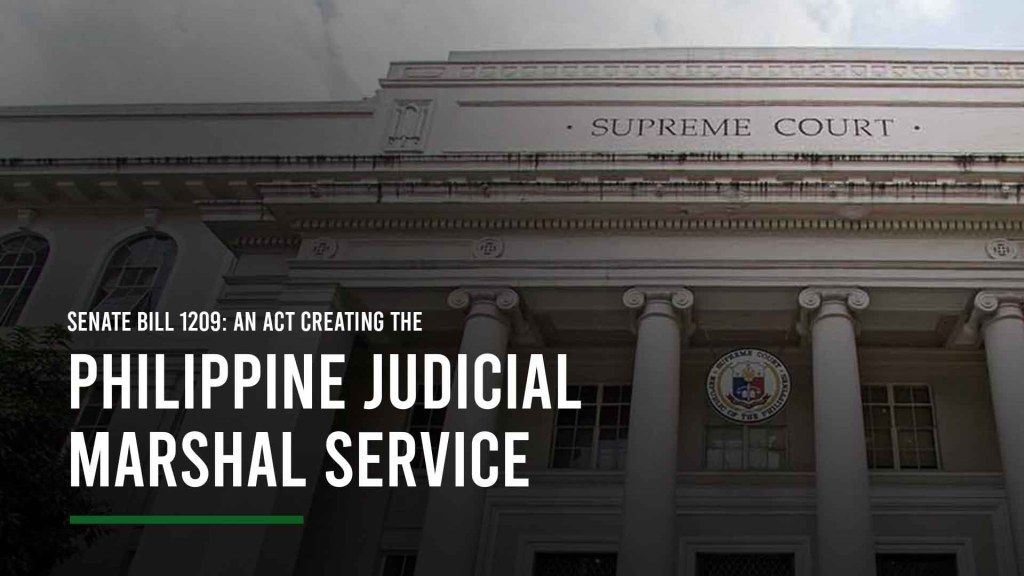 Sen. Panfilo M. Lacson has filed a bill creating the Philippine Judicial Marshal Service to safeguard the judiciary, by securing its officers and personnel so they can do their jobs independently and without fear of retaliation.

Lacson noted no less than Chief Justice Diosdado Peralta emphasized the need for judicial marshals to serve as the law enforcement arm of the Court, similar to the Supreme Court of the United States Police and United States Marshal.

“This legislative measure seeks to create a Philippine Judicial Marshal Service under the control and jurisdiction of the Supreme Court whose primary function is to protect, safeguard, watch over, provide security, and ensure the safety of justices, judges, court officials and personnel, and the various halls of justice, courthouses and other court buildings and properties all over the country,” he said in Senate Bill 1209.

He noted at least 31 reported killings of members of the judiciary in the last two decades, including five during the Duterte administration.

The Chief Marshal and Deputy Marshals must be a lawyer and must have been at least a full Colonel in the Armed Forces of the Philippines or the Philippine National Police. They shall be appointed by the Supreme Court en banc and shall serve until age 65.

An initial funding of P50 million from the National Treasury will be appropriated for the wages and other expenses of personnel, and for supplies and equipment.