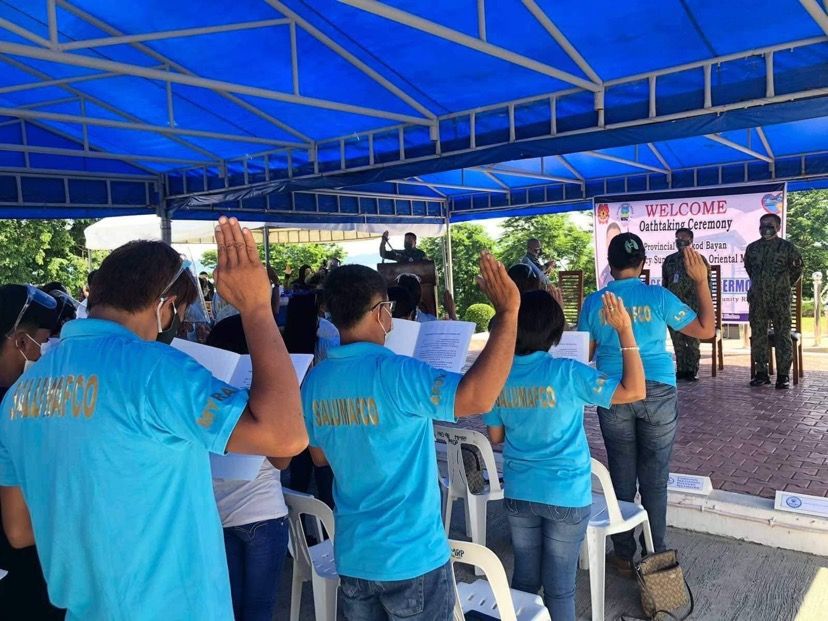 October 5, 2021 - Sen. Panfilo M. Lacson questioned on Tuesday a supposed "global coalition" in the Philippine National Police (PNP) that may potentially be used for partisan politics.

Lacson questioned the purpose of the "Global Coalition of Lingkod Bayan Advocacy Support Groups and Force Multipliers," which was launched on June 25 this year.

"The last time I heard, the PNP is a territorial force. It is supposed to address internal threats. Why a 'global coalition'? Bakit kailangan ng force multiplier na global, e internal threat tayo? Mukhang OFWs ang target nito," he asked the PNP during his interpellation of the Department of Interior and Local Government's budget for 2022.

"I'll be blunt... Pampulitika ito ng Community Relations (I'll be blunt. This looks like a tool for politicking by the PNP's community relations arm)," he added.

A couple of months ago, Lacson said Police Maj. Gen. Rhodel Sermonia, the then director of the PNP Police Community Relations unit, has much explaining to do on his involvement in activities involving the gathering of data including email addresses and phone numbers. He added Sermonia had already been “lambasted” by Foreign Affairs Secretary Teodoro Locsin Jr. for campaigning in the 2019 midterm elections using our embassies’ resources.

Lacson, who headed the PNP from 1999 to 2001, questioned in particular why the PNP would look for force multipliers abroad such as in Dubai, Saudi Arabia and Hong Kong - when the PNP's mandate is only to address internal threats. "What gives?" he asked.

Also, Lacson said he was not convinced with the "assurance" of PNP chief Guillermo Eleazar that this activity of the PNP to engage with the public will not be used for political purposes, "the nomenclature itself suggests otherwise."

Lacson said that if the "global coalition" is indeed not meant to be used for partisan politics, the "Global Coalition" part of its nomenclature should be removed.

Lacson questioned as well the use of other government agencies for partisan politics, including a recent social media attack on him.

He said that when he questioned earlier the propriety of the "Global Coalition," he was attacked last Sept. 20 on the official Facebook and Twitter accounts of the National Task Force to End Communist Armed Conflict (NTF-ELCAC), particularly the office of Undersecretary Lorraine Badoy.

The attacks, which were taken down, quoted ex-New People's Army cadre Jeffrey Celiz.