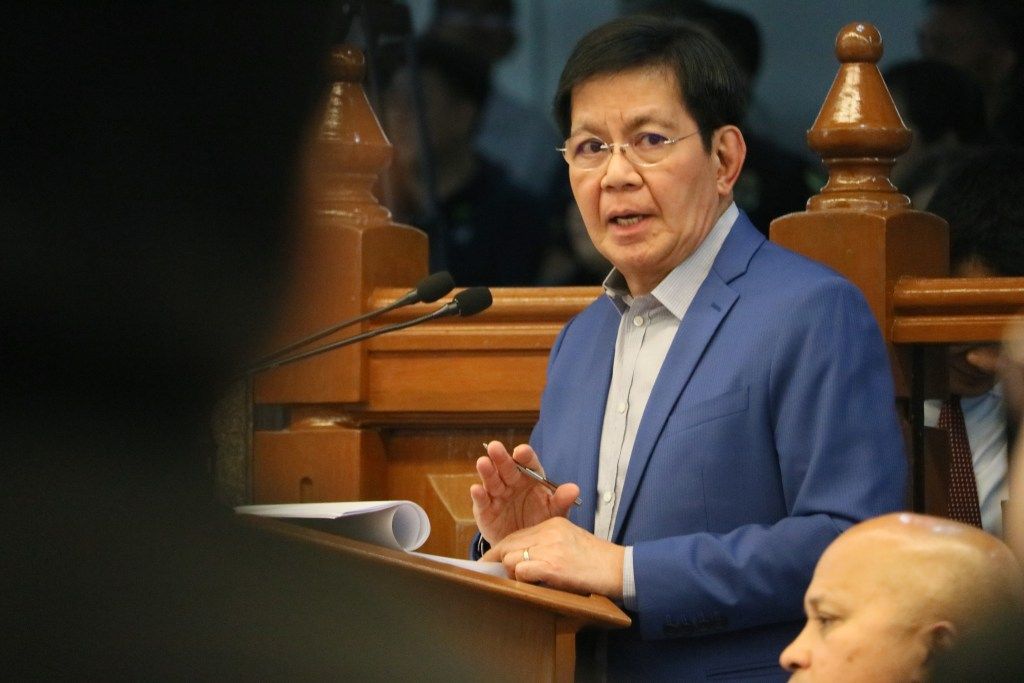 April 1, 2020 - Sen. Panfilo M. Lacson’s comments/recommendations on the President’s first weekly report to Congress as mandated by RA 11469, in his capacity as member of the Joint Congressional Oversight Committee:

1. As suggested by some sectors, there must be a National Strategic Plan from which a National Action Plan, similar to an OPLAN is based.

2. There must be an overall plan by the Executive Department to mitigate the risks and minimizing or stopping the spread of COVID-19, including a detailed presentation of how funds will be disbursed and used by the implementing agencies. The same must be made public for transparency.

3. Correspondingly, in dealing with the threat of COVID-19, our HEALTH WORKERS – many of whom had already died and still more facing the prospect of being overwhelmed by the COVID-19 menace – should instead be made the country’s third and LAST LINE of defense. The FILIPINO PEOPLE themselves should be our FIRST LINE of defense or front-liners; the SECOND LINE are our LAW ENFORCERS, LOCAL GOVERNMENT OFFICIALS AND THE IMPLEMENTING AGENCIES who will implement the action plan.

4. The Executive Department should provide Congress with a clearer picture of the COVID-19 situation and a progress update of implementation such as how many have been tested, number of displaced families and workers per region, and its impact on the country’s economy, including the steps undertaken to adapt to the developing situation, in its next report.

5. While the President’s initial report lists three priority programs: (1) providing emergency assistance to affected sectors; (2) securing facilities and resources for the health sector; and (3) performing fiscal and monetary actions for the economy – there does not appear to be an action plan for each of them. This must be spelled out in the next report to Congress.

6. Such lack of planning and coordinating threatens to defeat the purpose of the urgency of RA 11469 – that is, to resolve and fight the virus by way of smooth and expeditious implementation.

7. The lack of foresight in this regard is obviously causing the delays as we see it actually happening now. The Executive Department knew beforehand what they wanted to ask from Congress. When we gave it to them in a record time of 18 hours, apparently they were not prepared to execute.

8. Since the Food and Drug Administration (FDA), has finally approved the use of rapid test kits, they should come up with clear guidelines on its use and usefulness, including its strengths and weaknesses in order to maximize a supervised mass testing by the local government units followed by an immediate distribution to LGUs, depending on demand and urgency.

9. The immediate implementation of the Bayanihan Act’s provision on the Special Risk Allowance granted to public health workers, on top of their regular hazard pay, and other benefits to both public and private health workers, especially to benefit those already infected or have died in the line of duty must be prioritized.