Senate Committee of the Whole Hearing on Tongpats, Food Security and ASF

Mr. Senate President and Chairman of the Committee of the Whole,

I could not think of an act more cruel than beating to death somebody who is already dying. Such is the fate of our 80,000 local backyard hog raisers – sa kamay ng dapat sana ay ang kanilang pangunahing tagakalinga, ang Kagawaran ng Agrikultura, after their plea was ignored with the signing of Executive Order No. 128 series of 2021 last Wednesday.

Ang unang tanong, bakit sa halip na mag-isip ang Kagawaran ng Agrikultura ng mga paraan upang matulungan ang mga hog raisers na dumaranas sa matinding pagsubok dahil sa Covid-19 at African Swine Fever ay importasyon kaagad ang kanilang inihahaing solusyon? Don’t they realize that such inconsiderate course of action has far-reaching implications on our country’s food security and even on our national security? Think about this, Mr. President: the 80,000 backyard hog raisers have hundreds of thousands of farmhands, including their families and even those who indirectly depend on the hog-raising industry for their daily meals, could become vulnerable and convenient targets for recruitment by the CPP-NPA. Did they even bother to consult the Cabinet security cluster, Mr. President? 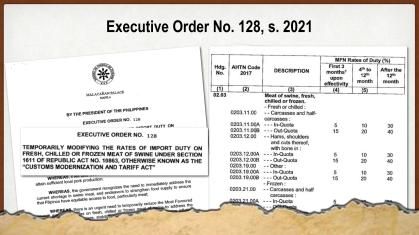 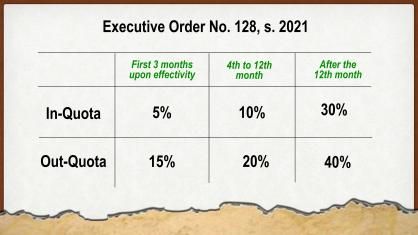 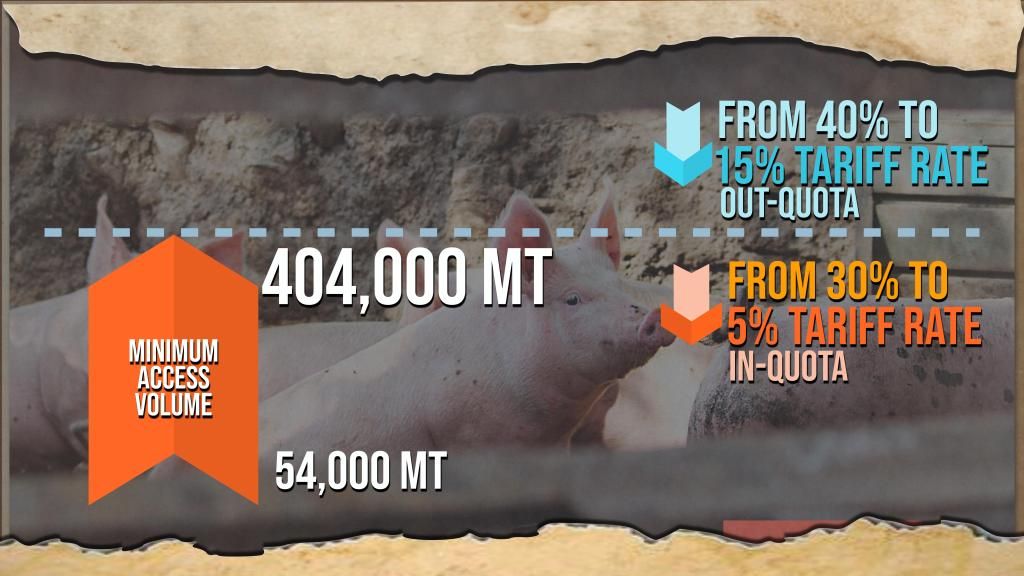 On behalf of the hog raisers, we urgently appeal to the President to reconsider and recall such executive order. Let me cite my reasons for this appeal: 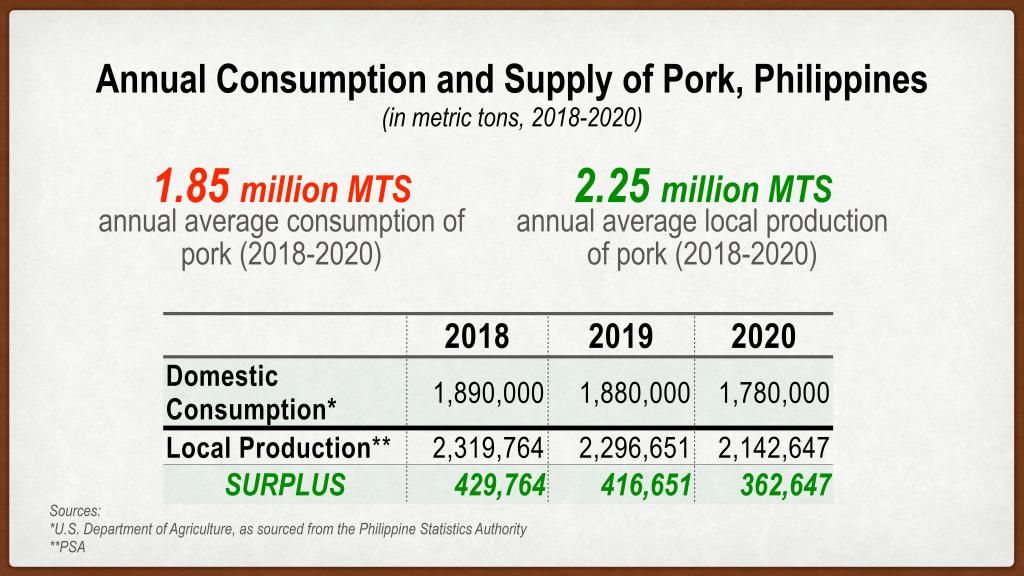 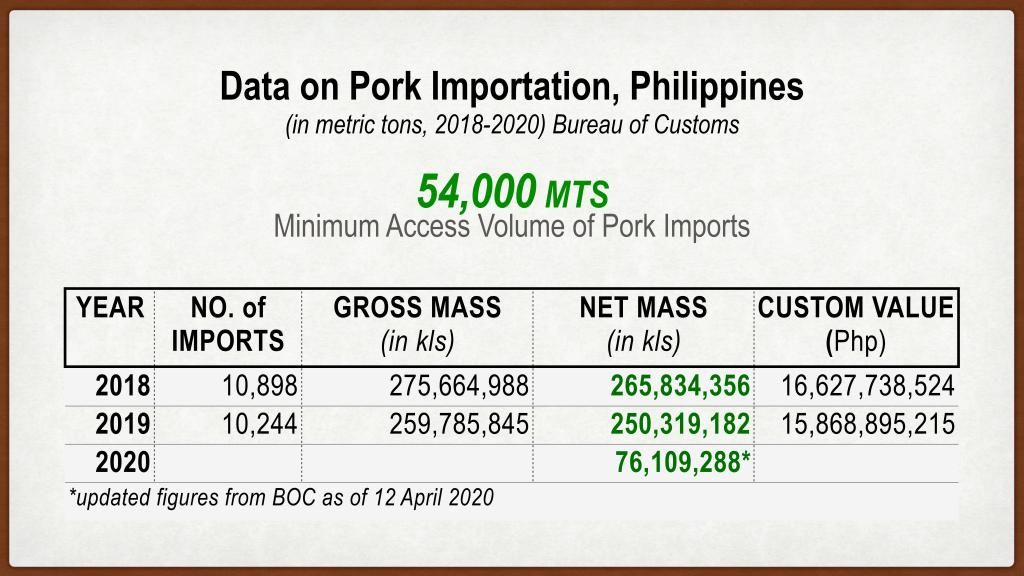 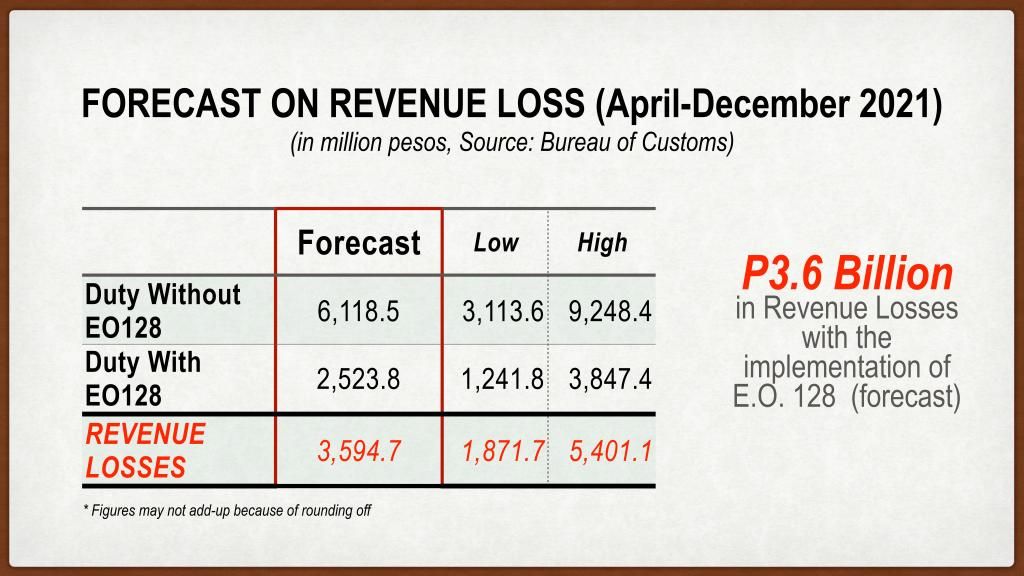 “In case of shortages or abnormal price increases in agricultural products, whose quantitative restrictions are lifted under this act, the President may propose to Congress revisions, modifications or adjustments of the minimum access volume (MAV): provided, however, that in the event Congress fails to act within fifteen (15) days from receipt of the proposal, the same shall be deemed approved.”

Here’s the rub, Mr. President. On March 26, 2021, the Senate received the recommendation of the President to increase the Minimum Access Volume (MAV) for pork importation by 350,000 MT, in addition to the current MAV of 54,210 MT for this year. This is equivalent to a six-fold or 650% increase in the allowable volume of pork imports at present.

Following the provision of the law, the 15 days provided to the Congress to act on the recommendation may have already lapsed, and hence, the proposal to increase the MAV for pork is already deemed approved. Pray tell, Mr. President. How can Congress take plenary action when we cannot hold sessions since we are on recess? Did the President even attempt to call for a special session of Congress so we can act on this recommendation increase or adjust the MAV? Hindi ba kaduda-duda na isinumite ang nasabing rekomendasyon sa Senado noong March 26 – ang huling araw ng sesyon sa Kongreso bago mag Semana Santa, at walang session hanggang May 16?

Granting without accepting that the recommendation was already in effect, is it not absurd that the policy, which will flood our market with imported pork, will not be a product of deliberations by the members of the two Houses of Congress, but rather, a result of devious machinations by those who want to trespass and usurp the power to legislate?

This is not by any language mercy killing, Mr. President. Rather, it is ‘merciless killing’. 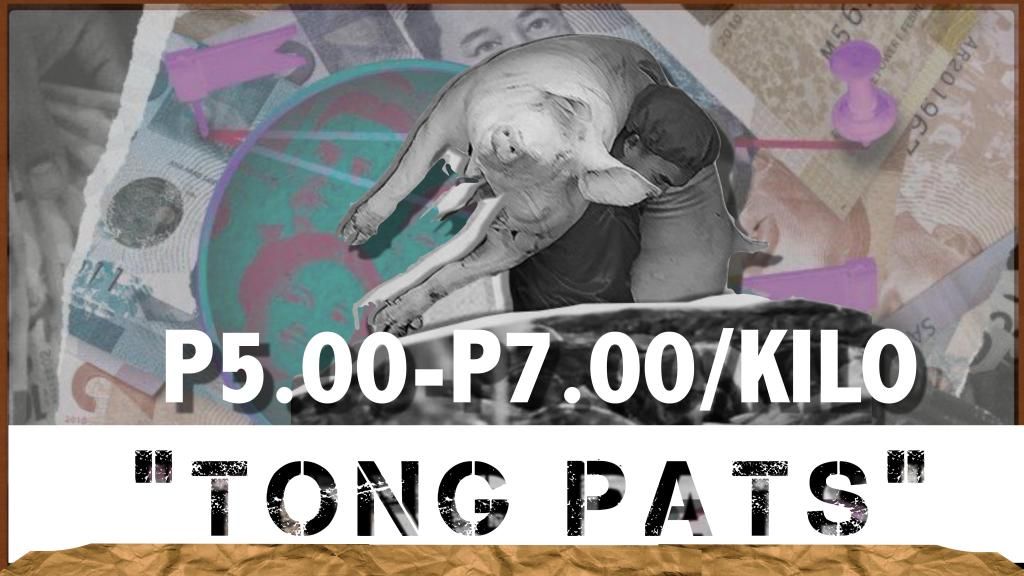 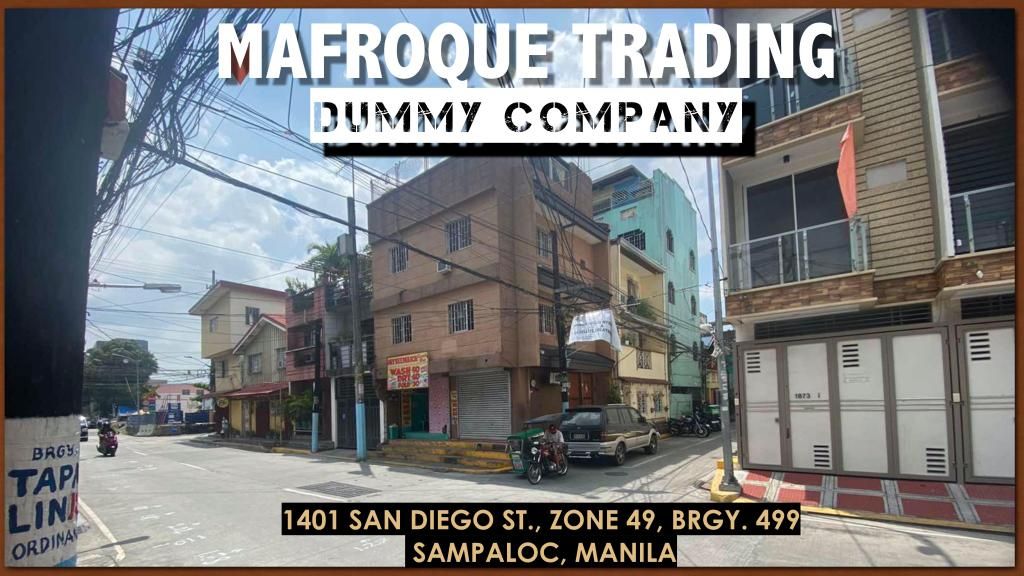 At the proper time in today’s hearing, with your permission Mr. Chairman, I would like to recognize a resource person who will present in detail what he calls – “the 8 toll gates of agricultural smuggling along the expressway of economic sabotage”, which will open our eyes to the systemic and institutional weaknesses that continue to lead the agricultural sector to perdition if not corrected in time.

Mr. Chairman, in the midst of the obvious botched job in resolving the problems of the agricultural sector, we need to address these compounding issues point by point. We need to know the crux of the problem. We need to identify those responsible for the “mass murder” of 80,000 backyard hog raisers, their employees and support groups, and the rest of the tens of thousands of poultry growers as well as the millions of small vegetable famers who continue to suffer big-time only because a few shenanigans shamelessly stuff their pockets using their bloodied hands.